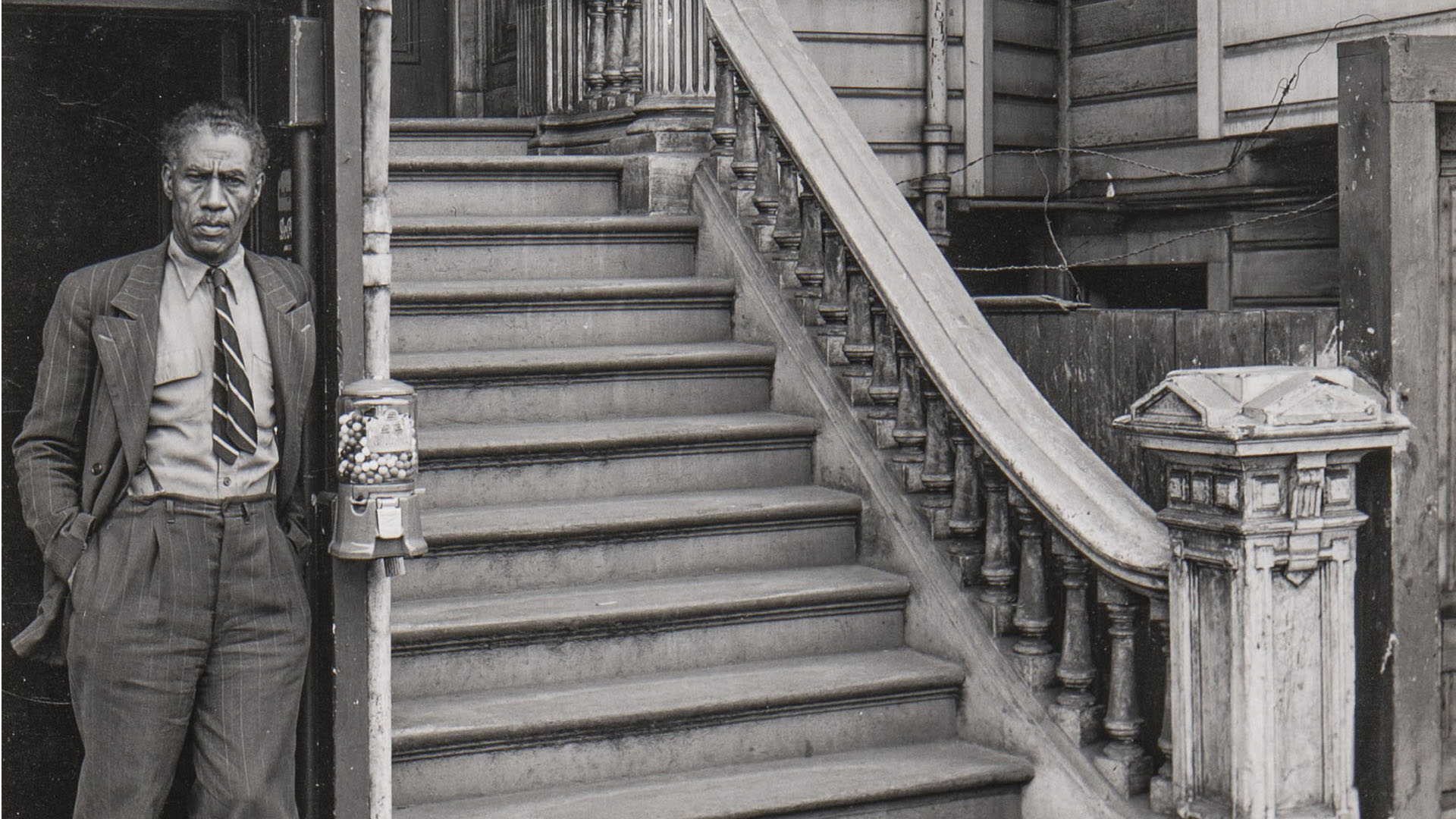 California Historical Society reopened to the public on April 15, 2021 with an exhibition entitled San Francisco Photographs by Minor White. The show presented a selection of sixty gelatin silver prints from 1948 to 1953 picturing San Francisco amid a post-World War II boom. The exhibition was drawn exclusively from the more than 400 photographs White gave to the California Historical Society in 1957.

Shortly after serving in World War II, photographer Minor White moved to San Francisco in 1946 to teach at the California School of Fine Arts (today’s San Francisco Art Institute). Soon after arriving, he set out to document every part of San Francisco from the Embarcadero to the ocean for a series he called City of Surf. The project put Minor White in the role of flâneur (stroller) walking in the city with a handheld camera to record passing observations. The never-finished series grew to some six thousand negatives over the course of four years, and the photographs on view in this exhibition were likely made as part of the project. White’s extensive catalogue captured the city in the midst of a postwar boom. Combining sophisticated abstract composition with socially astute observations, the photographs reveal a growing, rapidly modernizing, and more ethnically diverse San Francisco. White documented African Americans in the Fillmore, a district previously inhabited by Japanese Americans who were incarcerated during the war. In the Financial District, he photographed a new class of office workers—women.  All throughout postwar San Francisco he recorded construction as the Victorian Gold Rush city rubbed up against trucks, freeways, and newly poured cement sidewalks.

The work of CHS would not be possible without the support of our donors, members, and partners. Institutional support provided by California Humanities and the National Endowment for the Humanities; San Francisco Grants for the Arts, and Yerba Buena Community Benefit District.

View a virtual tour of the exhibition.