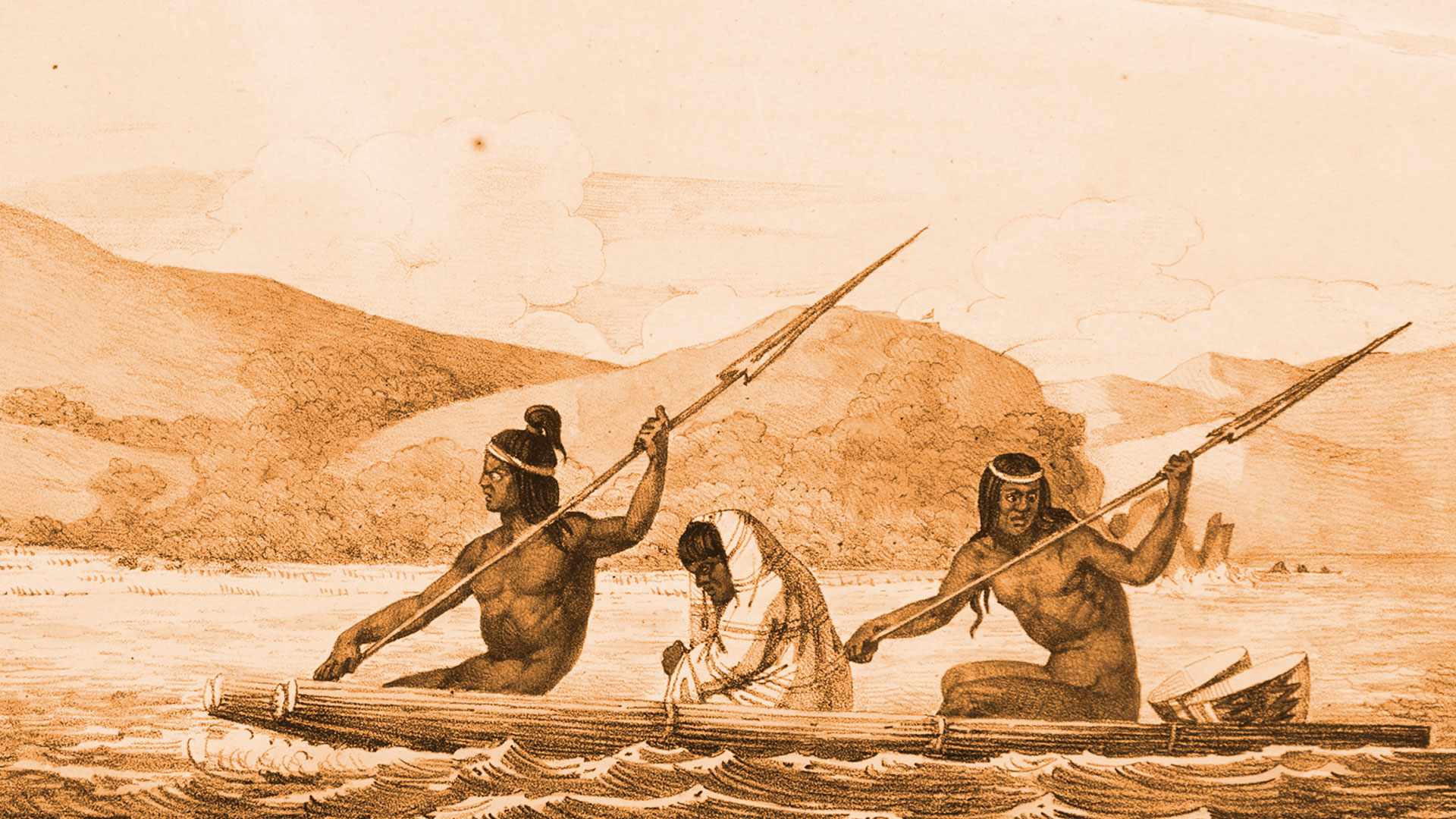 At least 300,000 indigenous people lived in Alta California, as it was once known, when the Spanish Crown asserted sovereignty over the territory in 1769. In the ensuing five decades, Spain left an enduring imprint on the Native peoples, the landscape and on California’s cultural heritage. This exhibition explores the period through manuscripts, books, paintings, and artifacts from the California Historical Society’s collections.

Presenting in conjunction with Alexander Hamilton: Treasures from the New-York Historical Society, Meanwhile out West: Colonizing California, 1769–1821 considers the history of California during the American revolution. Through these two exhibitions, the California Historical Society presents two versions of the United States’ colonial history, British and Spanish, realigning the frame of American history. Alongside the history of the revolutionary thirteen colonies, symbolized by the story of Alexander Hamilton, we include the complicated Spanish colonial and Native Californian world along the Pacific coast. In doing so, we ask, as Lin-Manuel Miranda did in his award-winning musical, Hamilton: Who Tells The Story of the United States?

As the American revolutionaries fought to wrest the thirteen colonies from British rule and form the United States, Spanish explorers continued their three-centuries-long press north and west from Mexico City to claim an ever-shifting band of North American territory for Spain. During Alexander Hamilton’s lifetime (ca. 1755-1804), the Spanish frontier stretched across the vast continent from Florida to California. The Spanish crown asserted sovereignty over Alta California, as it was then known, for five decades, from 1769-1821, during which it left an enduring imprint on the Native peoples, the landscape, and California’s cultural heritage.

At least three hundred thousand indigenous people once lived in California, making it one of the most culturally diverse areas of the Americas, when Spain launched its first colonizing expedition to the region in 1769. With the initial groups of settlers came the institutions of Spanish conquest: the mission, presidio, and pueblo systems that asserted territorial, economic, and spiritual control over Native peoples. The Spanish, unlike their British counterparts, who never considered Native people eligible for citizenship, depended on Indians for labor and to populate settlements. The missionaries belied it was their duty to Christianize indigenous people in the Americas, instilling in them the religious and cultural values that would allow them to assimilate into Hispanic society.

Although some Spanish-speaking settlers thrived in Alta California–even as they brought devastation to Native Californians with European diseases, corruption, and abuses–the Spanish period here came to a close when Mexico won its independence in 1821. Less than three decades later, capping a period of tremendous change (with only more to come), California became the thirty-first US state in 1850.

The manuscripts and books in this exhibition were written from the perspective of the Spanish-speaking colonists and other European observers. Native voices are scarce in the European historical record. Like the founding documents of the American revolution, these documents are not objective, unbiased accounts. Rather, they are stories of conquest, exploration, and revolution that compete with, and generally exclude, other perspectives.