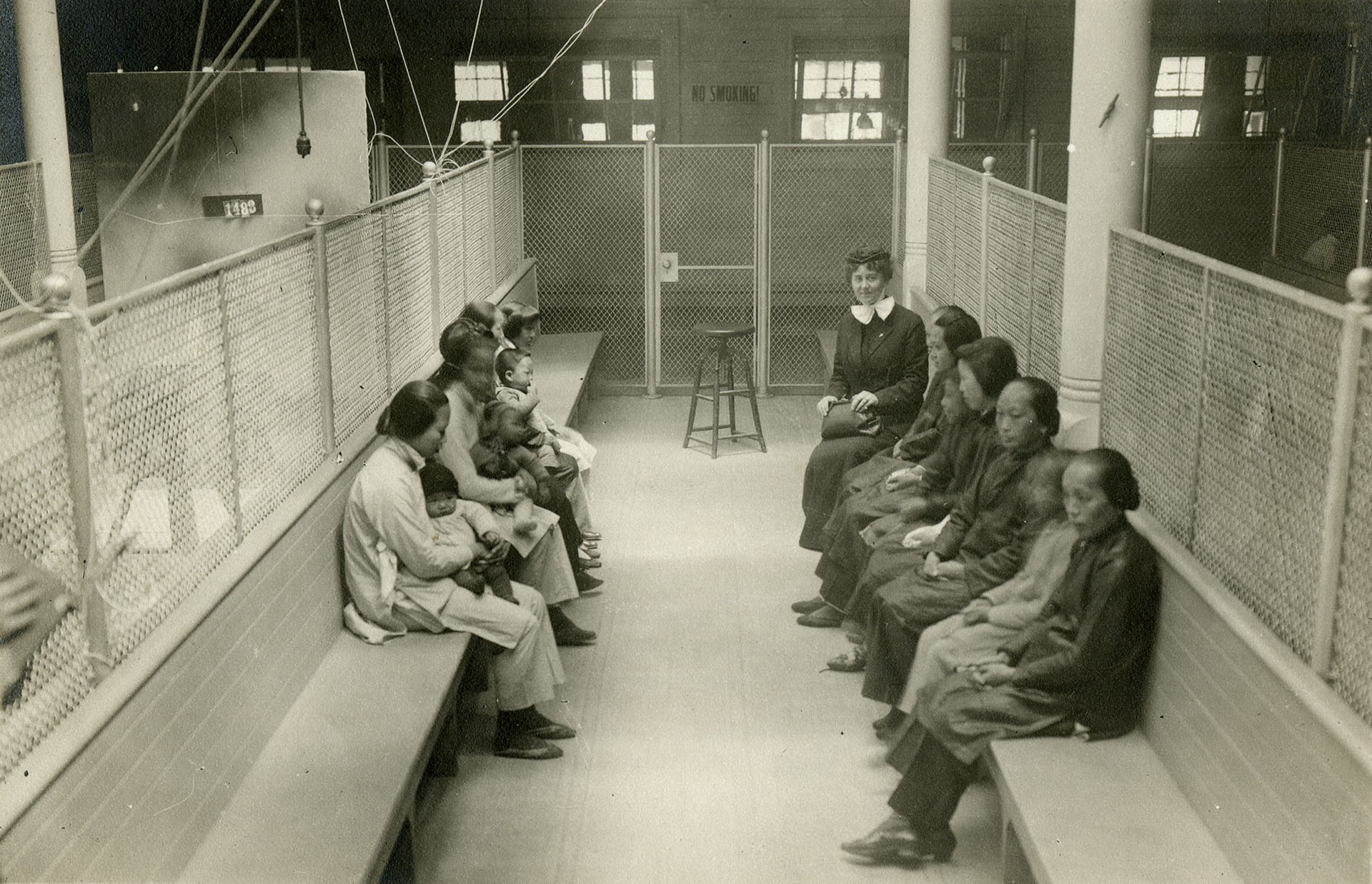 Chinese Pioneers presents a visual history of the social, political, and judicial disenfranchisement of Chinese Californians—as well as moments of Chinese agency and resilience— in the decades before and after the 1882 Chinese Exclusion Act. The exhibition is drawn exclusively from the California Historical Society’s collections.

In its exhibition Chinese Pioneers: Power and Politics in Exclusion Era Photographs, the California Historical Society explores the Chinese immigrant experience during the years of the Chinese Exclusion Act. The exhibition sheds light on the history of Sinophobia and resonates with broader questions about immigration, citizenship, and border control currently being debated.

In the United States during the Exclusion Era years, depictions of Chinese people ranged from deeply derogatory to highly exoticized. The Chinese Pioneers exhibition examines the visual record of how mainstream culture influenced, aligned with, and/or diverged from politics and state actions. Photography played a potent role in Chinese people’s interactions with the dominant culture and in the government’s fledgling systems of registration, identification, and surveillance.

Chinese Pioneers presents photographs—both studio photography and fine-art photos—alongside illustrated newspapers, paintings, and ephemera. The exhibition is drawn exclusively from the California Historical Society’s deep collections of topical material. The richness of these collections presents a compelling visual history that dovetails with the social, political, and judicial disenfranchisement of Chinese Californians, as well as moments of Chinese agency and resilience.

On view are rare items, such as one of the earliest known records of Chinese immigration to California, certificates of residence for Chinese laborers (1894–1897), and a one-of-a-kind photo album compiled by a Sierra County justice of the peace who was tracking Chinese residents. Less rare but equally powerful items in the collection include formal portraits of Chinese men and women taken in photographic studios, some operated by Chinese photographers; illustrated newspapers; a painting of a Chinese woman; photographs of Chinese workers; and works by art photographers Arnold Genthe and Laura Adams Armer.

Additionally, the California Historical Society (CHS) has partnered with the Chinese Historical Society of America (CHSA) to develop a corresponding exhibition at CHSA, and on related programming. The CHSA exhibition California Pioneers: Power and Politics in Exclusion Era Chinatown is on view at their galleries at 949 Clay Street in San Francisco.

After the Chinese Pioneers exhibition closed, CHS developed a traveling banner exhibition from the same research and interpretation. The banner exhibition is available to local and cultural history organizations, libraries, and community centers throughout the state via Exhibit Envoy.

The work of CHS would not be possible without the support of our donors, members, and community advisors. Institutional support provided by San Francisco Grants for the Arts and Yerba Buena Community Benefit District.

The Dark Purpose Behind a Town Constable’s Journal // newyorker.com
The Photos Left Behind From the Chinese Exclusion Era // hyperallergic.com

Check the dates and locations of the traveling banner exhibition here.