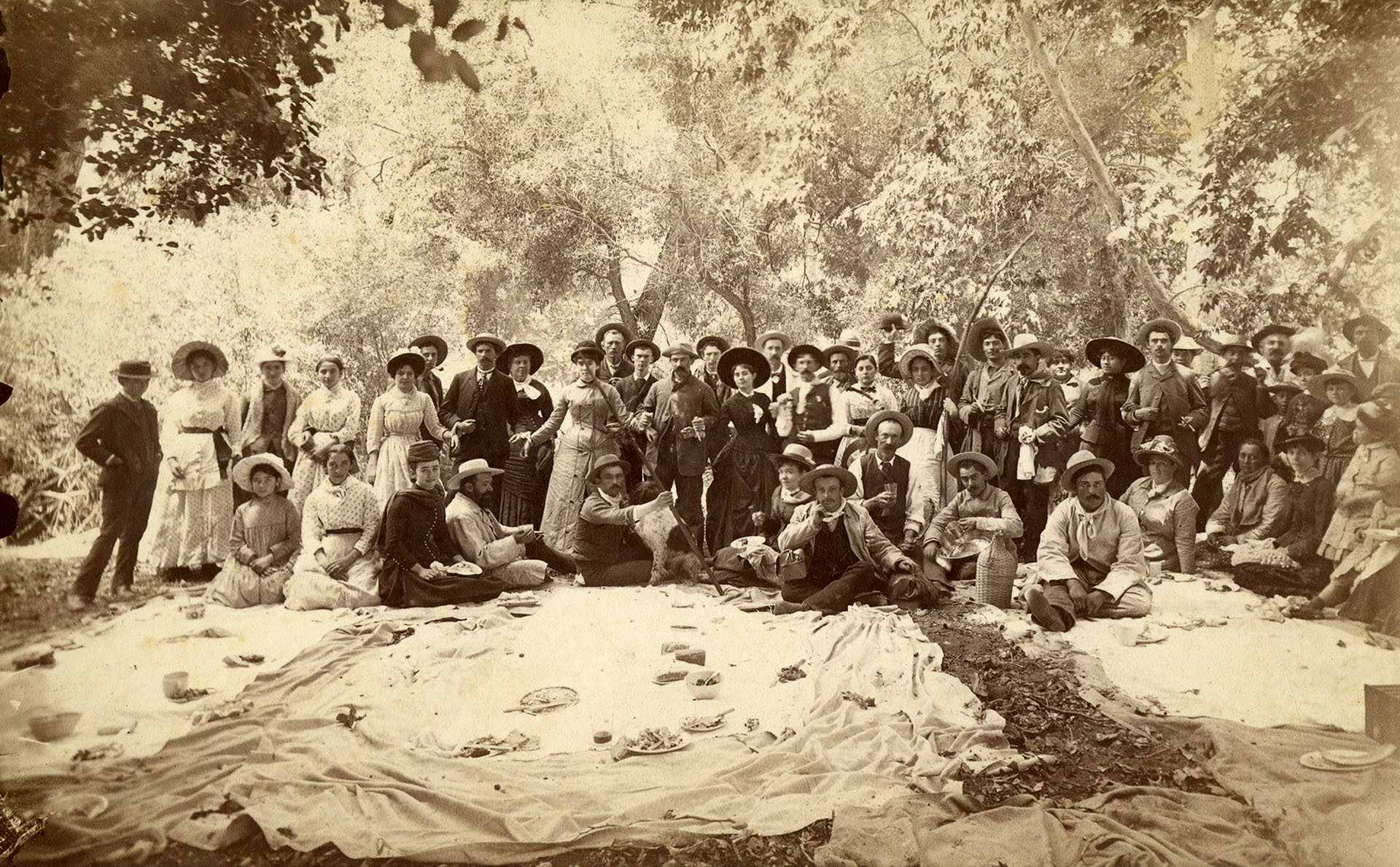 The California Historical Society has been collecting and sharing stories from throughout the state for more than 150 years. We strive to gather and preserve the extraordinarily diverse stories from throughout the state. It is with this in mind that staff scoured our archives to find images from each of California’s fifty-eight counties to feature in this online gallery.

The California Historical Society (CHS) was first formed more than 150 years ago. Over time, it has taken a few iterations. One of the most important was in 1922. CHS had been dormant since the 1906 San Francisco earthquake and fire until C. Templeton Crocker and his associates revived it. The group brought CHS back to life as a cultural organization with collections, a physical location, and a staff person. For the first time, the California Historical Society as we know it today, was born. Crocker placed his collection of rare and unique manuscripts, maps, travel diaries, books, and photographs at CHS so that it could be preserved for future Californians.

The next most important milestone for the California Historical Society was on May 9, 1979, when Governor Jerry Brown signed SB 63, and established CHS as the official state historical society. Since that time on, CHS has strived to gather and preserve the extraordinarily diverse stories from throughout the state.

California has fifty-eight counties: the first twenty-seven created by an Act of the California Legislature signed February 18, 1850; and the last being Imperial County when it separated from San Diego County in 1907. Bordering Oregon to the north, Nevada and Arizona to the east, Mexico to the south and the Pacific Ocean to the west,  California’s roughly 39 million people reside in counties with a diverse landscape of mountain ranges, valleys, coastal communities, and deserts.

For this online gallery, California Counties, we pulled from the vast CHS collections to bring you photographs from each and every one of the fifty-eight counties.