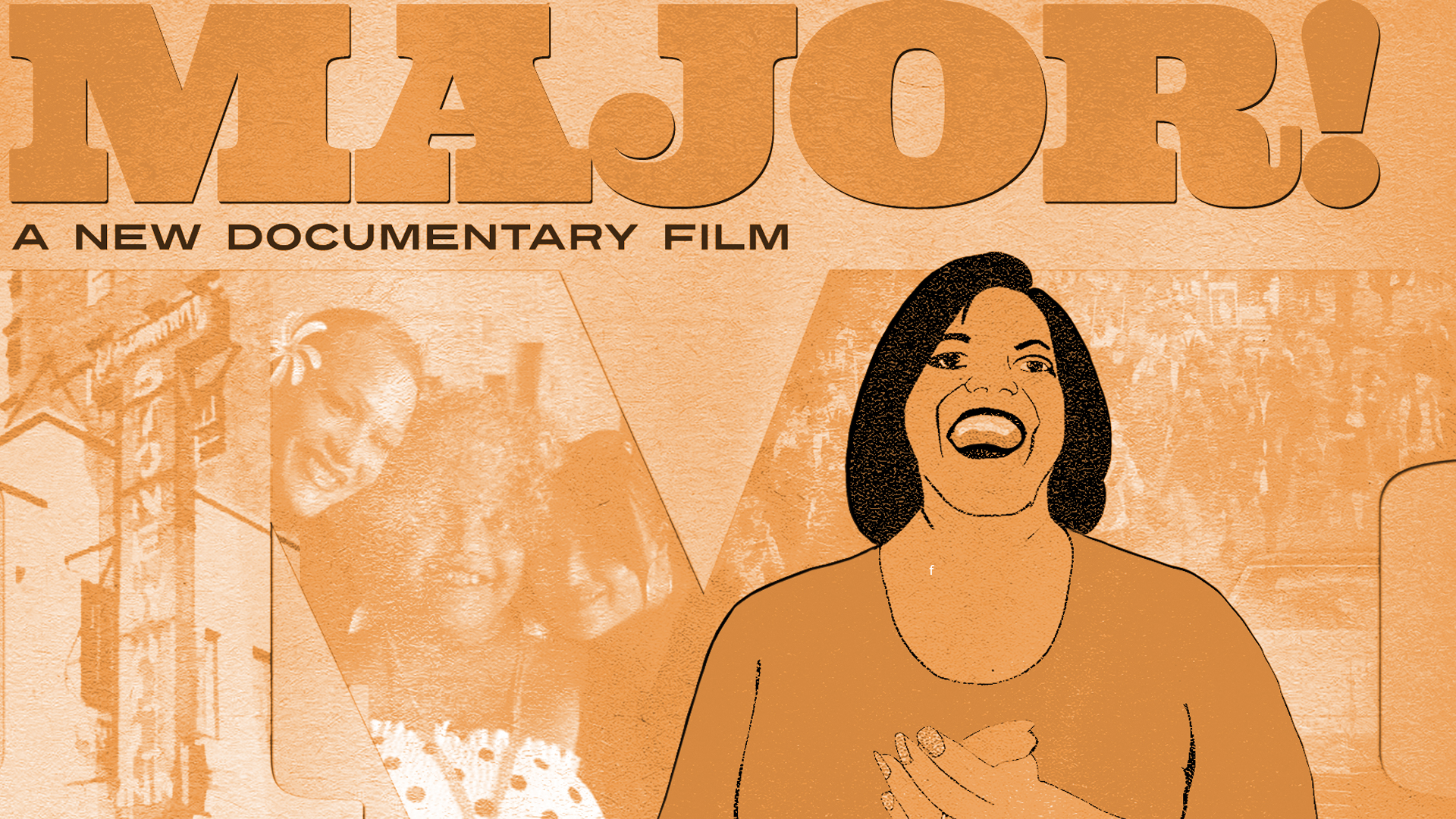 What Not to Miss: PRIDE Month at CHS

June is Pride month and we are excited to present a set of four programs that celebrate, honor, and share the histories of LGBTQA+ in California. CHS staff work closely to design these programs alongside archival institutions, historians, and those within the communities whose history we are presenting. We are honored to share these programs with you and hope to see you at one (or more of them)!

Part of the work of public programming is to level with the fact that there are always gaps in the narrative, always stories that have not been shared with your audiences, whether they be a result of bias, mistake, or intention. To work in public programming means that you must look into yourself and seek feedback from others, assess the menu you provide and ask yourself and your department key questions such as: What is missing? Who is not being heard? Who should tell those stories? Oftentimes speakers, staff members, and colleagues from across the cultural institution spectrum come to you with thoughts on programming, which was the case with the set of four programs we are presenting this June to celebrate, honor, and share the histories of LGBTQA+ in California.

Susan Anderson, Director of Collections, Library, Exhibitions, and Programs at CHS and I worked closely to design these programs and sought ideas and feedback from CHS staff, archival institutions, historians, and those within the communities whose history we are presenting. We are honored to share these programs with you and hope to see you at one (or more of them)! Join us for an evening with award-winning scholar and filmmaker Susan Stryker as she presents on the newest edition of her book,Transgender History: The Roots of Today’s Revolution(Seal Press 2008, 2017), with particular emphasis on San Francisco’s rich transgender history, from the 19th century to the present.

About our Speaker:
Susan Stryker is an award-winning scholar and filmmaker whose historical research, theoretical writing, and creative works have helped shape the cultural conversation on transgender topics since the early 1990s. Dr. Stryker earned her Ph.D. in United States History at the University of California-Berkeley in 1992, later held a Ford Foundation/Social Science Research Council post-doctoral fellowship in sexuality studies at Stanford University, and has been a distinguished visiting faculty member at Harvard University, Yale University, Northwestern University, Johns Hopkins University, University of California-Santa Cruz, Macquarie University in Sydney, and Simon Fraser University in Vancouver. She is the author, co-author, editor, or co-editor of numerous books and anthologies, including Gay by the Bay: A History of Queer Culture in the San Francisco Bay Area (Chronicle 1996), Queer Pulp: Perverse Passions in the Golden Age of the Paperback (Chronicle 2000), The Transgender Studies Reader (Routledge 2006), The Transgender Studies Reader 2 (2013) and Transgender History: The Roots of Today’s Revolution (Seal Press 2008, 2017).
Her academic articles have appeared in such publications as GLQ: A Journal of Lesbian and Gay Studies, Radical History Review, South Atlantic Quarterly, Parallax, Australian Feminist Studies, Social Semiotics, and Journal of Women’s History, while her public scholarship has appeared in Aperture, Wired, The Utne Reader, and Slate.com. She won an Emmy Award for her documentary film Screaming Queens: The Riot at Compton’s Cafeteria (ITVS 2005), and is also the recipient of a Lambda Literary Award (2006), the Ruth Benedict Book Prize (2013), the Monette-Horowitz Prize for LGBTQ activism (2008), the Transgender Law Center’s Community Vanguard Award (2003), two career achievement awards in LGBTQ Studies—the David Kessler Award in from the City University of New York’s Center for LGBT Studies in 2008, Yale University’s Brudner Memorial Prize in 2015, and a Local Genius Award from MOCA Tucson in 2018. Dr. Stryker served for several years as Executive Director of the GLBT Historical Society in San Francisco (1999-2003), and for five years as Director of the Institute for LGBT Studies at the University of Arizona (2011-2016), where she is Associate Professor of Gender and Women’s Studies and coordinator of the university’s Transgender Studies Initiative. In addition to serving as founding co-editor of the academic journal TSQ: Transgender Studies Quarterly, she is currently developing several media projects and has a book under contract to Farrar Straus Giroux, What Transpires Now, about the uses of transgender history for the present.

About the Book:
Covering American transgender history from the mid-twentieth century to today, Transgender History takes a chronological approach to the subject of transgender history, with each chapter covering major movements, writings, and events. Chapters cover the transsexual and transvestite communities in the years following World War II; trans radicalism and social change, which spanned from 1966 with the publication of The Transsexual Phenomenon, and lasted through the early 1970s; the mid-’70s to 1990-the era of identity politics and the changes witnessed in trans circles through these years; and the gender issues witnessed through the ’90s and ’00s.
Transgender History includes informative sidebars highlighting quotes from major texts and speeches in transgender history and brief biographies of key players, plus excerpts from transgender memoirs and discussion of treatments of transgenderism in popular culture. Join us for a film screening of MAJOR!, a film that follows the life and campaigns of Miss Major Griffin-Gracy, a 73-year-old Black transgender woman who has been fighting for the rights of trans women of color for more than 40 years. It is a story of one woman’s journey, a community’s history, and how caring for one another can be a revolutionary act.

Miss Major’s personal story and activism for transgender civil rights, from mobile outreach and AIDS prevention to fighting the prison industrial complex intersects LGBT struggles for justice and equality from the 1960s and today. She is a veteran of the 1969 Stonewall Rebellion and was incarcerated at Attica months after the 1971 Uprising. Most recently, Miss Major has served as the executive director of the San Francisco-based Transgender Gender Variant Intersex Justice Project (TGIJP), a grassroots organization advocating for trans women of color in and outside of prison that is led by trans women of color.

Miss Major’s extraordinary life and personal story is one of resilience and celebration within a community that has historically been traumatized and marginalized. While mainstream gay rights and marriage equality dominate the headlines, Miss Major’s life is a testament to fierce survivalism and the everyday concerns of transgender women of color, who so often live in the margin of the already marginalized.

Annalise Ophelian (producer/director) is an award-winning filmmaker, psychologist, and consultant whose work includes Diagnosing Difference (2009). She identifies as a white, queer, cis woman, and her work focuses on decolonizing and the documentary filmmaking process.
StormMiguel Florez (co-producer/editor) is a Xicano transgender musician and multi-media artist. He is the owner of Bad Flower Productions, providing services to queer and trans artists of color to help bring their creative projects to life.

The Contemporary Jewish Museum (CJM), California Historical Society (CHS) and Museum of the African Diaspora (MoAD) launch a new progressive gallery talk. Educators and curators examine work in each museum’s exhibitions in connection with Pride.
We will begin at MoAD at 6pm, spend 20 minutes in each space, moving on next to CHS and concluding at the CJM. Join us to learn new perspectives and create connections with neighboring Yerba Buena institutions. On the Fourth of July in 1969, the Berkeley Barb published one of the earliest media reports on the Stonewall Riots in New York City. The article was authored by Leo Laurence, one of the co-founders of San Francisco’s Committee for Homosexual Freedom, and “Gays Hit NY Cops” began by declaring, “Homosexuals took to the streets in New York City last weekend and joined the revolution.”

Laurence’s account was supportive of the rioters, but deliberately noted that those who had fought back at Stonewall were “joining” rather than “starting” the revolution. J. Marks, identified as the author of Rock and Other Four-Letter Words and an eyewitness to the riots, was quoted as telling Laurence, “The gay community in New York City has been inspired by your homosexual liberation stories in the BARB.” These stories, which began appearing several months before Stonewall had reported on the Bay Area’s “gay revolution” as well as the alliances that gay radicals had tried to forge with other leftist movements, and the demonstrations that CHF had organized to protest police violence, capitalist exploitation, and the war machine.

This presentation introduces a set of California developments that are highlighted in Marc Stein’s forthcoming book, The Stonewall Riots: A Documentary History (NYU Press, June 2019). After reviewing pre-Stonewall direct action protests in California, the presentation turns to the Stonewall era, focusing on how news about the riots reached the West Coast, how Californians viewed the uprising in relation to pre-Stonewall developments, and how Golden State residents responded to the news from New York.

About our Speaker:
Marc Stein is the Jamie and Phyllis Pasker Professor of History at San Francisco State University and the vice chair of the GLBT Historical Society Board of Directors. He is the author of City of Sisterly and Brotherly Loves: Lesbian and Gay Philadelphia (University of Chicago Press, 2000), Sexual Injustice: Supreme Court Decisions from Griswold to Roe (University of North Carolina Press, 2010), and Rethinking the Gay and Lesbian Movement (Routledge, 2012). He also served as editor-in-chief of the Encyclopedia of LGBT History in America (Scribners, 2003) and guest editor of the Homophile Internationalism special issue of the Journal of Homosexuality (2017). His next book, The Stonewall Riots: A Documentary History, will be published in June 2019 by NYU Press. To learn more about the book, explore its NYU Page.

See our staff on the parade route with the Museums with Pride contingent! Celebrate with us as we walk with fellow institutions like the Exploratorium, Fine Arts Museums of San Francisco, SFMOMA, American Bookbinders Museum, Museum of African Diaspora, Asian Art Museum, Oakland Museum of California, The Contemporary Jewish Museum, Walt Disney Family Museum, California Academy of Sciences, and more!
—