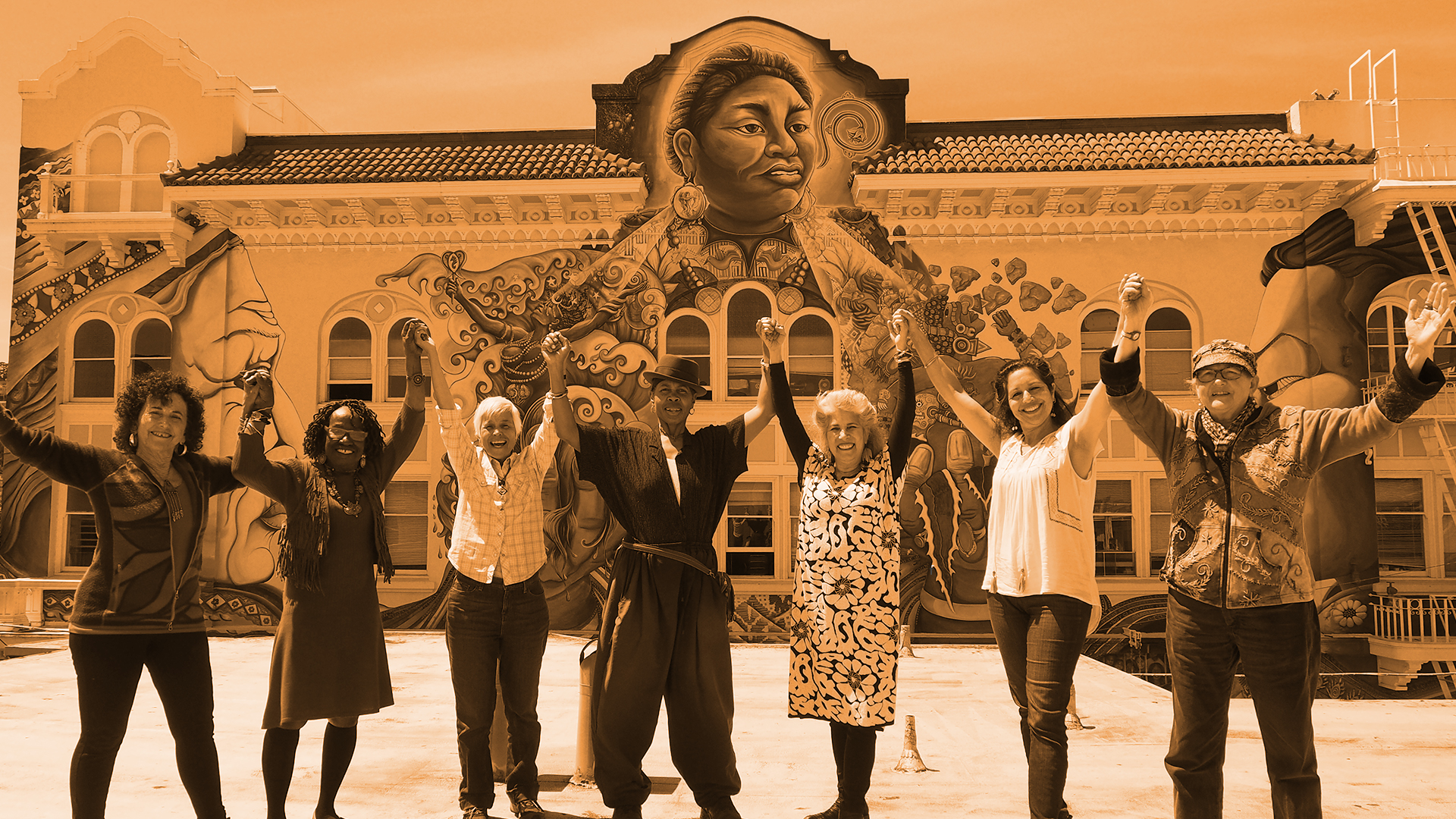 What Not to Miss: Coming Up at CHS

California Historical Society’s Public Programs and Visitor Services Manager bids us farewell and introduces us to what not to miss this upcoming fall and winter.

This post is from Patty Pforte, CHS’s Public Programs and Visitor Services Manager.

Transitions are part of the fabric of cultural institutions. New faces mingle with established ones and new ideas come together to make the institution better. It is with both deep gratitude and sadness that I inform you all, the public that I have seen, spoken, interacted, and worked with over the last six years that August 29th will be my last day at California Historical Society.

Over the course of these past six years I have discovered and learned so much about California, the people and places in it, and the Yerba Buena community where I work. I have developed and produced hundreds of public programs and events, and I have made some mistakes (a few big ones, many small ones) along the way. I have grown, and learned to always be aware of my own biases and to confront them, to listen, to apologize, and to make changes when the community asks for it. I have laughed, cried, (occasionally wanted to scream) but always felt joy in the work, whether I was chatting with someone at the front desk, having a stirring and challenging conversation on the phone, or in the day to day implementation of the hundreds of programs I have helped design and host over the years.

In this closing post I want to do two things:

First, I want to highlight a wonderful set of events that are coming up at CHS this Fall and Winter.

Second, to ask all of you to keep California history in your heart, and public programs here at CHS on your calendar. And I ask that you donate to support these events and the people who plan and produce them. Your donations, small or large, help us do our work every day and ensure that those we work with are honored, compensated, and supported for their time.

Join us for the last two of our Spike Days. View Golden Spike that joined the rail lines from San Francisco to Los Angeles and enjoy special docent-led tours of our two exhibitions, Westward the Course of Empire and Overland to California. On Spike Days CHS Members receive a 20% discount on exhibition related items and all guests receive 10% off. 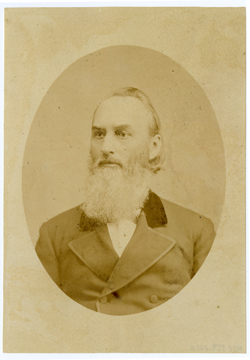 Tuesday, September 10, 2019, 6:30PM
In the Library: A Special Viewing and Presentation on Henry Cogswell Time Capsule
(Limited to 20 guests, please register in advance)

This talk will focus on a unique object in CHS’s collection: a time capsule from 1879. Deposited by an eccentric dentist and millionaire in a drinking fountain at the intersection of Columbus and Montgomery avenues in San Francisco, the “Antiquarian Box” was opened on schedule, a century later, by then-mayor Dianne Feinstein. Time capsules are generally thought to have been a later innovation, introduced to the public at the New York World’s Fair of 1939 by Westinghouse Electric Company, whose PR consultant coined the term. But as Nick Yablon will show, drawing from his new book, Remembrance of Things Present: The Invention of the Time Capsule, the practice first emerged as a civic ritual during the Gilded Age. The very first time capsule sealing took place only a few months before Cogswell’s.

What motivated Cogswell to pioneer this new device for dispatching documents to future historians? What led him to flout traditional memorialization practices by soliciting contributions from ordinary San Franciscans, including immigrants and women? Why did he decide to preserve printed ephemera and manufactured artifacts – sources that contemporaneous historians rarely considered legitimate? And, most importantly, given the anti-capitalist and anti-Chinese unrest that was convulsed his city in the late 1870s, what was his political intent in sealing his “P.O. Box to the Future”? Yablon will tackle these questions by exhibiting and examining the documents and objects from the actual box.

Tuesday, September 17, 2019, 6:30PM
Screening of Welcome to the Neighborhood with post-screening discussion

The pioneering African Americans of the Great Migration reshaped the culture of cities across the United States and nowhere is this more true than in the San Francisco Bay Area. Now, more than ever, destructive forces of inequality and skyrocketing housing costs are dismantling Black communities as African Americans are pushed out of their homes, their neighborhoods, and the cities they helped build. Join CHS for a film screening of Welcome to the Neighborhood and a post-film discussion with the filmmaker, activists, and residents of local communities affected by change. 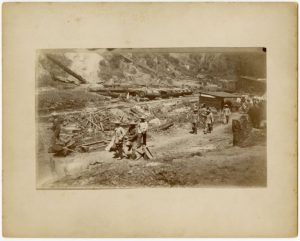 Chinese railroad workers were integral to the building of railroads in California and across the country during the latter half of the 19th century. For many years the identities, experiences, and contributions, of these Chinese immigrants went largely unknown and unrecognized. Chinese Americans in California have worked to discover the histories of these workers, some with great success and some without. Join us for short presentations led by individuals who have discovered a family history relating to the building of the railroads in California, as well as those who have searched and not found what they were looking for. After the presentations, we will hold time for questions and comments. 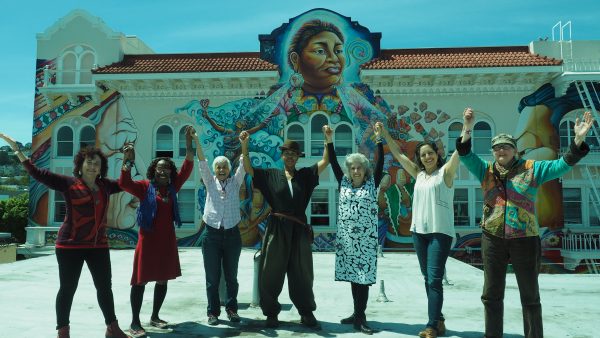 Join CHS with Heyday Books for a powerful discussion surrounding the Maestrapeace mural, the masterpiece on the side of the Women’s Building in San Francisco’s Mission District. This event is in celebration of the new book, Maestrapeace: San Francisco’s Monumental Feminist Mural. Hear unique stories of the making of the mural, learn about the powerful symbolism and stories within it, and listen to writers and contributors discuss the work that went into the book’s creation. Some of the muralists listed in the event will speak at this event. 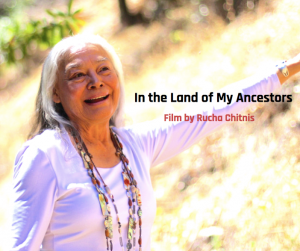 Join us for a screening of In the Land of My Ancestors, a documentary short that celebrates the living legacy of Ohlone elder Ann Marie Sayers, who has created a refuge for Native people amidst their ancestral land to reclaim their culture, history, and indigeneity. The film will be followed by a dialogue between Ann Marie and her daughter Kanyon Sayers-Roods, with Rucha Chitnis, the producer of the film.

The second half of the program will focus on how non-indigenous peoples might learn understand California’s dark history of genocide and mistreatment of Native peoples. We will also explore how to listen and learn from the leadership of Ohlone women and other First Peoples of the San Francisco Bay Area.

Join us for a book discussion with Stanford Professor and Author Sam Wineburg on his newest book, Why Learn History (When It’s Already on Your Phone). Wineburg starts with a tour of the ways we’ve taught history in the past (lots of memorization and rote recitation), then moves through some telling experiments in in figuring out how people assess online sources, and on into innovative ideas to help us teach. He argues that the key is not transmitting a string of names and dates, but rather teaching students an approach to history instead, one that is rooted in critical thinking and backed up by a knowledge of how to read, critique, and contextualize source material.

The program will conclude with an audience Q&A and a book signing. The California Historical Society Store will have books available before and after the talk. 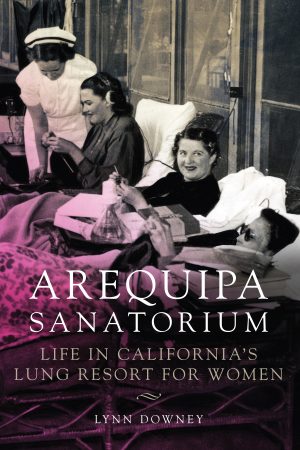 As San Francisco recovered from the devastating earthquake and fire of 1906, dust and ash filled the city’s stuffy factories, stores, and classrooms. A San Francisco physician, Dr. Philip King Brown, noticed rising tuberculosis rates among the women who worked there, and knew there were few places where they could access treatment. In 1911, Brown opened a remarkable institution in Marin County called the Arequipa Sanatorium, where he provided working-class women with affordable tuberculosis treatment. Author Lynn Downey’s grandmother was a patient at Arequipa in the 1920s, and Lynn helped preserve the sanatorium’s records. Join us at CHS as Lynn tells her story through an illustrated lecture about her new book titled Arequipa Sanatorium: Life in California’s Lung Resort for Women. 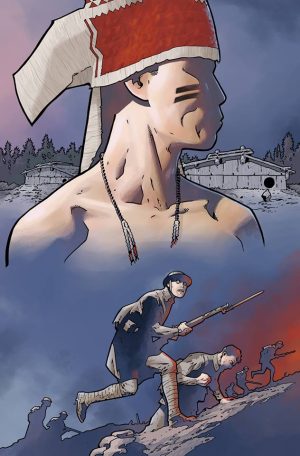 Author and historian Chag Lowry will present his newest book, Soldiers Unknown, a graphic novel which tells unique and powerful stories of the Yurok men who fought and died in WWI. After his presentation, Chag will answer questions from the audience and participate in a book signing.

Explore our free lunchtime talks on September 29 and November 21.

Join us for free, fun activities and special discounts for Museum Store Sunday on December 1st and be a patron!