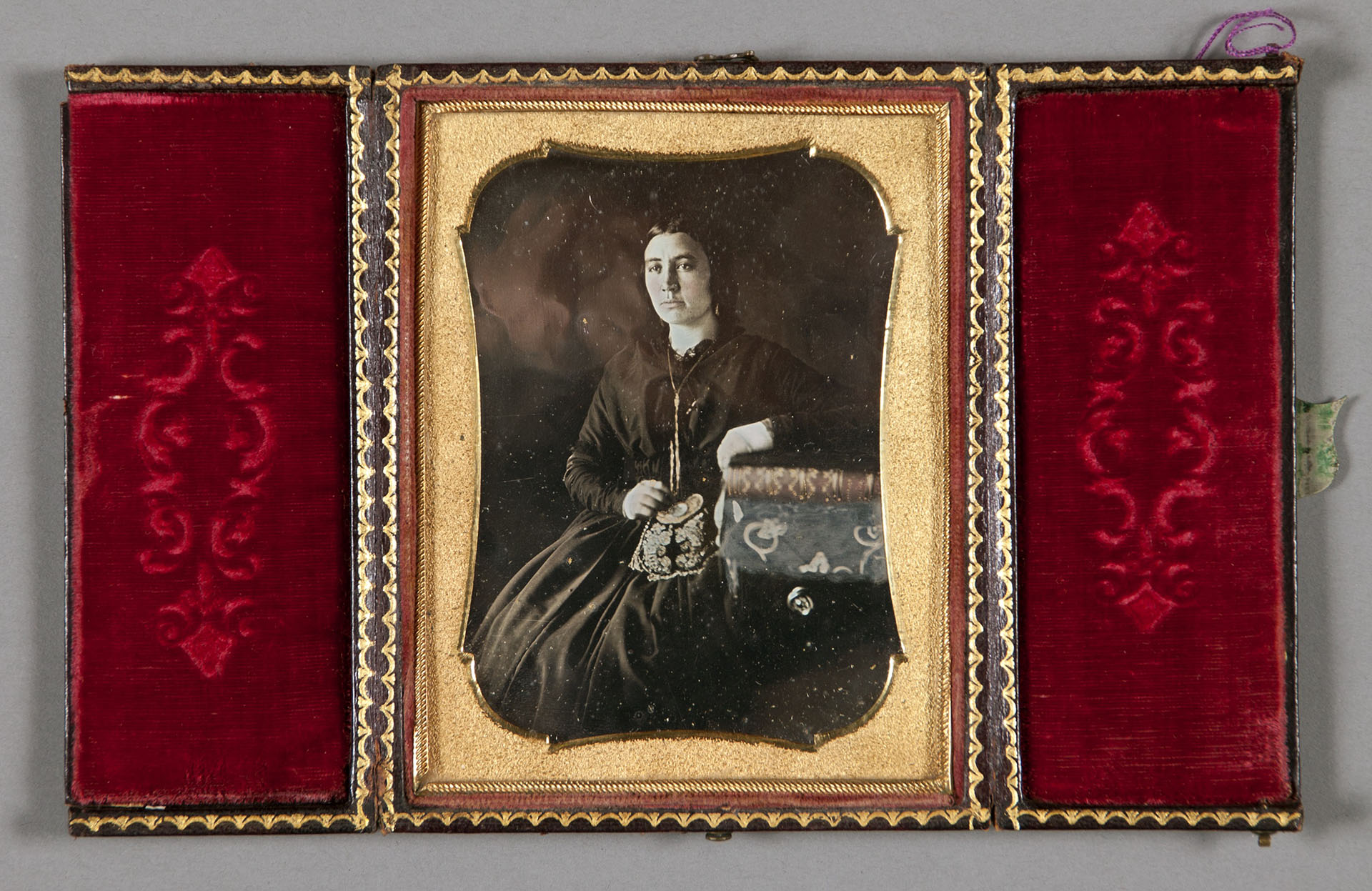 By Marie Silva and Erin Garcia

In celebration of Hispanic Heritage Month, CHS looks at a daguerreotype of Rosalía Vallejo de Leese, sister of Mariano Guadalupe Vallejo, the Californio general for whom the city of Vallejo was named.

Pictured in this exquisite tinted daguerreotype is a young Rosalía Vallejo de Leese (1811–1889), sister of Mariano Guadalupe Vallejo (1807–1890), the Californio general and statesman after whom the city of Vallejo was named. Rosalía was born in Monterey into one of the richest landowning families in what was then the Mexican territory of Alta California. In 1837 she married a recently arrived North American trader named Jacob Leese (1809–1892), and the couple initially lived in Yerba Buena, now San Francisco, where their daughter became the first non-Native child born in the pueblo. They later moved to Rancho Huichica outside Sonoma, where he became alcalde (mayor) of the town.

There Rosalía lived through a period of upheaval, including the Bear Flag Revolt of 1846, the first American attempt to take over California, and the dramatic influx of Americans during the Gold Rush. By the time California became part of the United States in 1850, Rosalía and her family had settled in Monterey; Leese later left California and deserted Rosalía and their children. In an 1874 interview, Rosalía gave powerful testimony against the Americans involved in the Bear Flag Revolt: “Those hateful men instilled so much hate in me for the people of their race that, even though twenty-eight years have gone by since then, I still cannot forget the insults they heaped upon me.”[i]

Women were not only the subjects of early California daguerreotype portraits; they were also photographers. According to photography historian Peter Palmquist, Rosalía’s niece Epifania “Fannie” de Guadalupe Vallejo may have been California’s first photographer. She acquired a daguerreotype camera around 1847. The invention of the daguerreotype, one of the earliest photographic processes, was announced in Paris in 1839, only nine years before the discovery of gold at Sutter’s Mill. Its relatively short heyday between 1845 and 1860—after which it was replaced by other forms of photography—coincided with the spectacular and disruptive boom that transformed California.