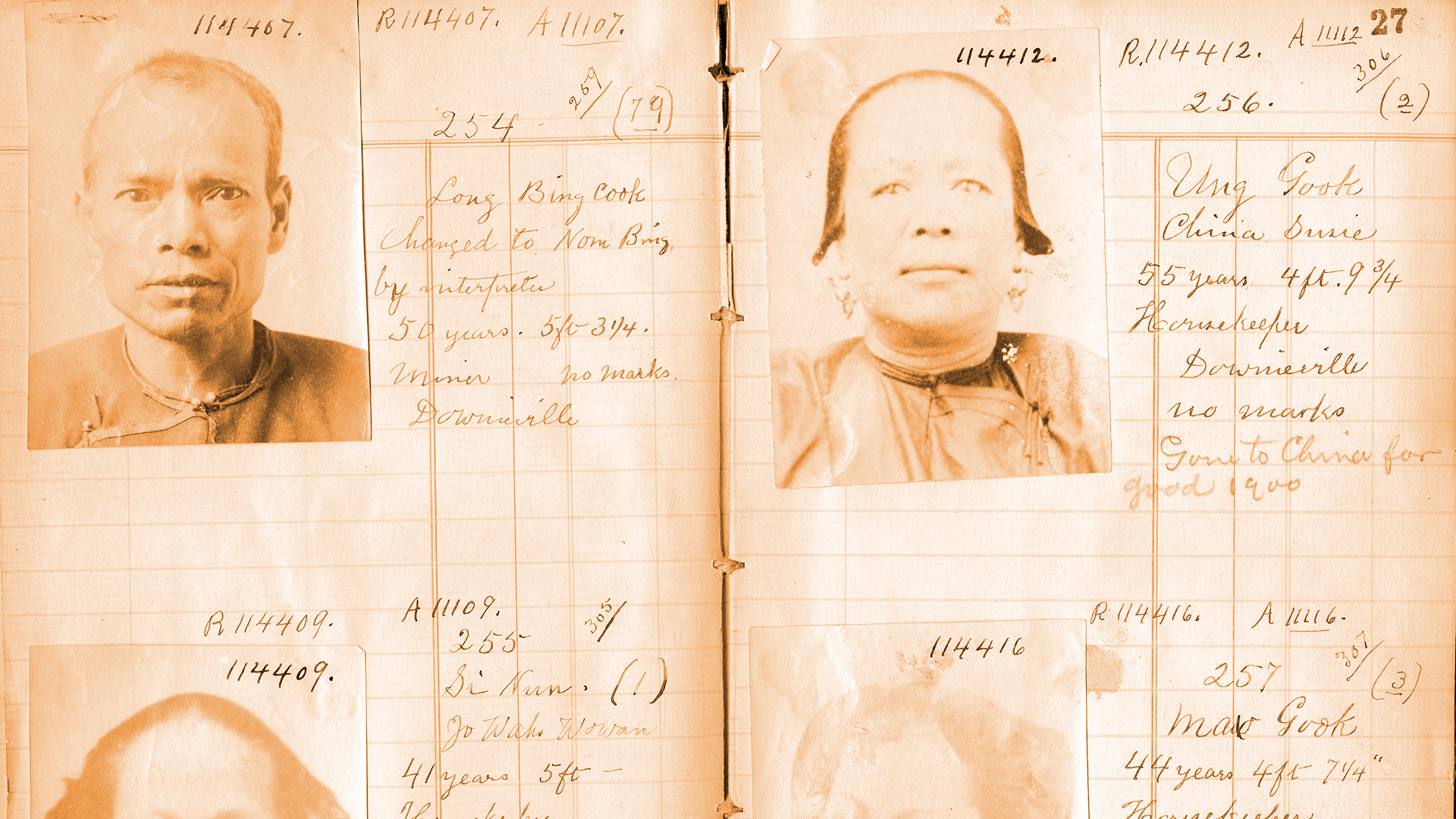 The Histories of California in 10 Objects

For “The Histories of California in 10 Objects,” we selected ten objects from the CHS Collection, spanning the years 1671 to 1978, to represent the history—and mythology—of California. These objects tell complex stories of exploration and conquest, the California Gold Rush, Chinese immigration, civil rights struggles, spiritualism and women’s suffrage, and utopian/dystopian communities.

Recently the California Historical Society, along with the Labor Archives and Research Center, hosted ten institutions for the third annual San Francisco Archives Crawl. The theme for the crawl was “The Histories of California in 10 Objects.” We selected ten objects from the CHS Collection, spanning the years 1671 to 1978, to represent the history—and mythology—of California. These objects tell complex stories of exploration and conquest, the California Gold Rush, Chinese immigration, civil rights struggles, spiritualism and women’s suffrage, and utopian/dystopian communities.

Below is a rundown of the 10 unique objects presented as part of Archives Crawl 2019:

This fantastical guide to the “new and unknown world” was written by the Dutch teacher and minister Arnoldus Montanus, who had never actually traveled to the Americas. It includes lavish engravings of North and South America, depicting mythological beasts, imaginary Aztec gods, and romanticized historical figures like Montezuma and Sir Francis Drake, who landed in California in 1579. Montanus’ work provides insight into the ways Europeans projected their fantasies onto the Americas in the 17th century. The Drake engraving has been used as a clue in guessing the location of Drake’s historic California landing.

The English trader William Edward Petty Hartnell came to California in 1822 after spending several years in South America. Beginning in 1823, Hartnell, with his partner Hugh McCulloch, conducted an extensive trade with the California missions, exchanging hides and tallow, foodstuffs, and other goods. Hartnell converted to Catholicism in 1824, married María Teresa de la Guerra in 1825, and became a Mexican citizen in 1830. In 1834, Hartnell was granted the Alisal Ranch near Monterey, where he founded a school, the Casa de Educación y Pupilage, which would be attended by his children and other students. This algebra textbook was translated into Spanish by Hartnell for his students.

Established on April 22, 1854 in San Francisco by Howard & Hudson, the Golden Hills News was the first Chinese American newspaper published in the United States. The newspaper was printed in English and Chinese, with Chinese characters handwritten by brush. The Golden Hills News advocated for Chinese rights, open trade, and open immigration, celebrating the unique diversity of the Gold Rush metropolis: “The ‘Eastern States’ have their Irish exodus, their German exodus, and hordes of Saxons, Danes, Celts, Gauls and Scandinavians, but we have all these, and the most wonderful of all a CHINESE EXODUS.”

Gold Rush emigrants sent lettersheets back home, providing their loved ones with pictorial illustrations of life in California. These lettersheets served as a kind of reportage, depicting important events and popular stories of the day. Common illustrated topics and scenes include: murders and executions; the San Francisco Vigilance Committee; natural disasters, especially fires (San Francisco) and floods (Sacramento); the Gold Rush; mining life (from perspectives sentimental, cautionary, and comic); festivals, holidays, and parades; buildings and street scenes; and views of San Francisco, Sacramento, and towns throughout the state’s mining region. This lettersheet illustrates the temptations and perils of mining life, and includes an additional, handwritten admonishment: “Homer Hurlbut, mind your mother. Keep this clean until you see me.”

On April 17, 1863, African American civil rights pioneer Charlotte L. Brown—daughter of abolitionist activists James and Charlotte Brown—was forcibly ejected from a segregated streetcar in San Francisco. She promised the conductor that she would seek “redress,” and she did, successfully suing the Omnibus Railroad Company in 1863, and again in 1864, for damages. The legal documents related to her case include Brown’s powerful testimony, a portion of which is transcribed below:

When the conductor first came to me, and refused to take my ticket, I told him I thought I had a right to ride, it was a public conveyance; I told him I had a long distance to go, but didn’t tell him that I had come a long ways. I told him I would not get out. He then said “Madam, you will have to get out” and at the same time took hold of me, by the left arm, somewhere. He took hold of my arm. I made no resistance as he had taken me by the arm. I knew it was of no use to resist, and therefore I went out, and he kept hold of me until I was out of the car, holding on to me until I struck the walk.

This photograph album kept by justice of the peace John T. Mason in Downieville, California. The album contains 176 identification photographs of Chinese men and women in Sierra County, California, dated between 1890 and 1930, with the bulk of the photographs taken in Downieville by D. D. Beatty in 1894. Most photographs are accompanied by inscriptions indicating the name, occupation, age, place of residence, height, and physical characteristics of the subject. Some inscriptions include additional information about deaths, family relationships, and emigration to China, often appended after 1894. This album was kept by Mason as a tool in the enforcement of anti-Chinese laws, namely the Chinese Exclusion Act and the Geary Act. Today, it provides rich documentation of Chinese American life in a 19th-century Gold country town.

The women’s suffrage and spiritualism movements were deeply interconnected in the nineteenth century. Printed by the Women’s Co-Operative Printing Union, the Carrier Dove was a nationally influential spiritualist journal committed to women’s suffrage and social reform. This illustration suggests that spiritualism provided a way for nineteenth-century people—and women in particular—to reconcile themselves to the tragic deaths of loved ones.

Eccentric dentist and temperance advocate Henry D. Cogswell collected this book, signed by famed spiritualist, suffrage activist, and author Laura DeForce Gordon, for his time capsule, which was buried in San Francisco’s Washington Park in 1879 and disinterred one hundred years later. Gordon’s inscription reads: “If this little book should see light after its hundred years of entombment, I would like its readers to know that the author was a lover of her own self, and devoted the best years of her life in striving for the Political equal [sic], and social and moral education of woman.”

The California Historical Society is the official repository of the records of Peoples Temple and Jonestown. Although Peoples Temple was founded in Indiana, the utopian movement found its largest following among predominantly African American communities in the San Francisco Bay Area and Los Angeles. These wooden toys were made in Jonestown by Peoples Temple members prior to the tragic deaths of November 18, 1978.