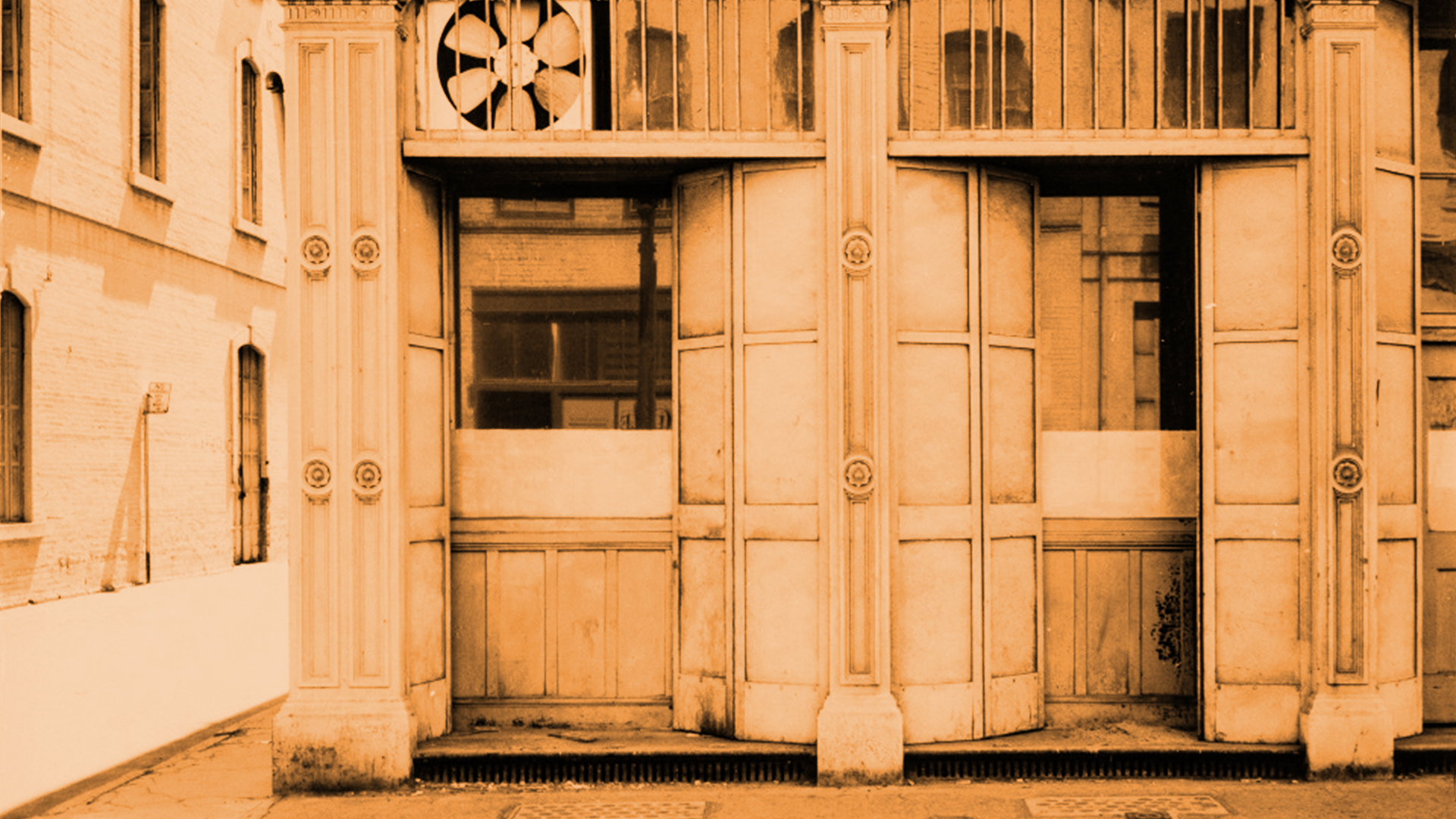 The City Emptied of People

Although the California Historical Society’s galleries are temporarily closed due to the COVID-19 pandemic, staff continues to prepare for an upcoming exhibition of Minor White’s San Francisco photographs. Here is a sneak peek at one of the works in the show—a photograph that brings to mind the uninhabited streets of San Francisco as we all shelter in place.

Although the California Historical Society’s galleries are temporarily closed due to the COVID-19 pandemic, staff continue to prepare for an upcoming exhibition of Minor White’s San Francisco photographs. Here is a sneak peek at one of the works in the show—a photograph that brings to mind the uninhabited streets of San Francisco as we all shelter in place.

Minor White took the picture at the corner of Jackson Street and Hotaling Place in 1949. Dilapidated and dirty, the whitewashed Victorian shopfront looks abandoned, like a ghostly relic of a once bustling Gold Rush mercantile. Yet, there are signs of life. Someone wedged a modern electric fan into the clerestory window above the door. Beyond the shutters are sheet glass windows instead of doors, another modification that suggests the building is being used. Just barely visible in the lower right is the edge of a chrome bumper—the type that belongs to a large, mid-twentieth century American car. It must be early in the day or maybe the people are just off camera.

White made the photograph while living in San Francisco and teaching at the California School of the Arts (now San Francisco Art institute). He arrived in the city not long after serving a three-year tour of duty in the South Pacific during World War II. Ansel Adams, who recruited White to teach at the school, correctly predicted that “everything points to an intense cultural development on the West Coast following the war.”[i] Indeed many of White’s students were using their G.I. Bill benefits to get an education in art.

Despite a heavy teaching load, White found time for his own work. Inspired by the writings of Walt Whitman—poems like City of Orgies—White began a series he called City of Surf in 1949. The project was to create an extensive catalogue of everything in San Francisco from the Embarcadero to the Sunset District. He never finished the series, but it grew to some six-thousand negatives. Much of CHS’s collection of more than four hundred gelatin silver prints and several hundred negatives—a gift White made to CHS in 1957—comes from that effort.

White found the city at an optimistic moment, and he captured postwar exuberance in the cheerful facades of newly built stucco row houses and the fresh faces of downtown office workers. His curiosity also took him to grittier parts of the city. The corner of Jackson and Hotaling is in an area we know today as Jackson Square. Built in the 1850s and 60s, the blocks were part of San Francisco’s early commercial district situated adjacent to Portsmouth Square at the shore of Yerba Buena Cove before it was filled. The buildings had cast iron facades and shutters to protect them from fire. As the main business district moved south and west, the area gradually hollowed out; the Great Depression further undermined the neighborhood’s commercial base. When White photographed the building in 1949 it had become a place where artists lived and worked, and he may have known some of its occupants.[ii]

A few years later the area would be revitalized, populated by interior design stores, and designated a historic district. Today the building has an attractive paint job that highlights its architectural details. The sidewalk has been paved with red brick and planted with well-groomed trees. Floor to ceiling windows fill the spaces between the pillars. The shutters are gone, as is the fan.

Many of White’s San Francisco pictures include people. In his photographs without them—like the city today—their absence is palpable.

[i] Ansel Adams, “Report on the Proposed Department of Photography,” 1945, quoted in Jeff Gunderson, The Moment of Seeing: Photography at the California School of Fine Art (San Francisco: Chronicle Books, 2006), 12.

[ii] See the listing for San Francisco Landmark #20 at noehill.com/sf/landmarks/sf020.sap