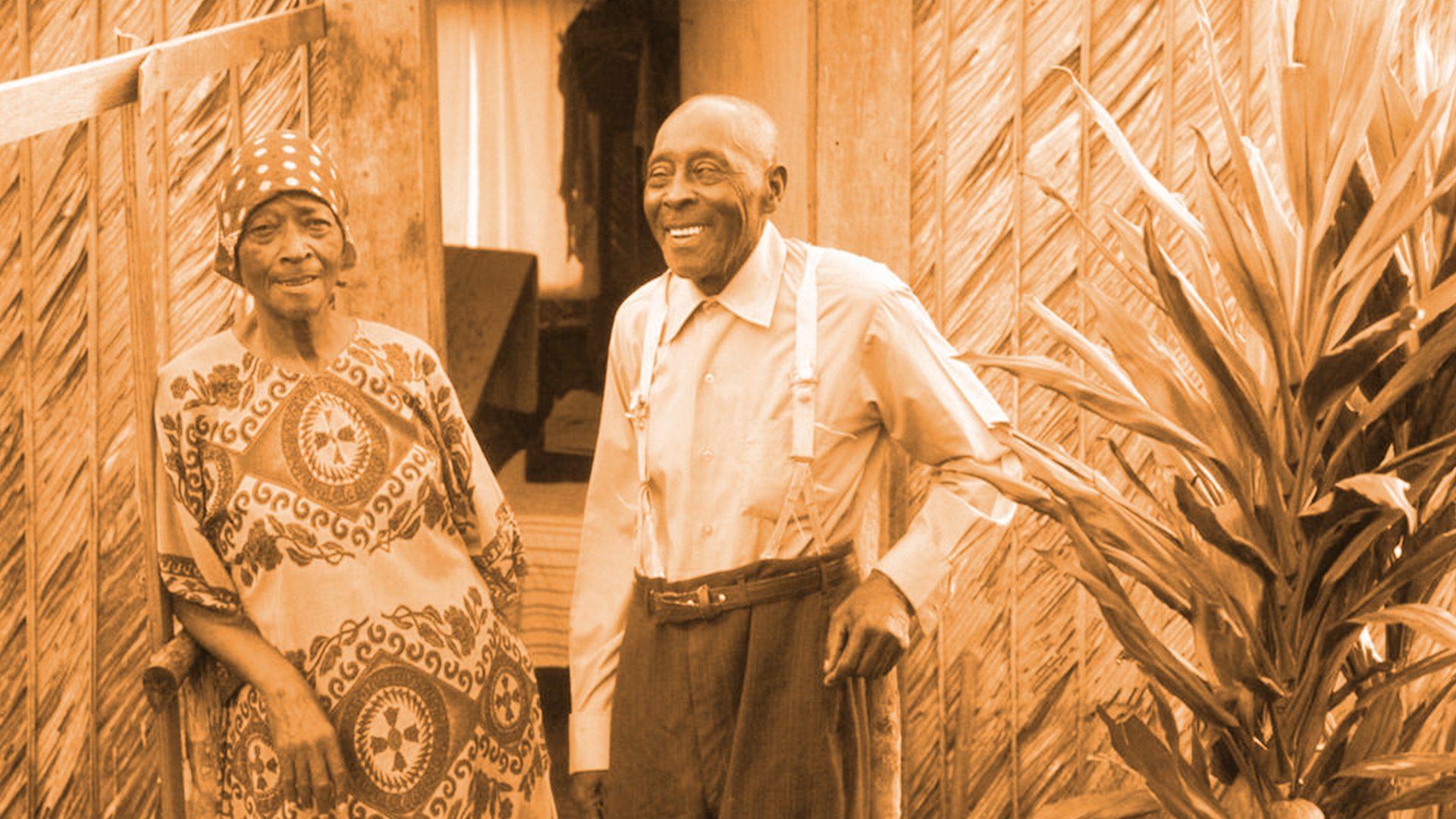 The 42nd Anniversary of Peoples Temple

November 18, 2020, marks the forty-second anniversary of the tragic murder and suicide of 918 people in the South American nation of Guyana—the largest loss of civilian life in a non-natural disaster prior to 9/11. On this day we remember their lives, documented in the many photographs, legal records, correspondence, ephemera, publications, news clippings, artifacts, and audiovisual materials that make up the Peoples Temple Collection.

November 18, 2020, marks the forty-second anniversary of the tragic murder and suicide of 918 people in the South American nation of Guyana—the largest loss of civilian life in a non-natural disaster prior to 9/11. The deaths included 913 members of Peoples Temple in Jonestown, the agricultural mission that Jim Jones and Peoples Temple had established in a remote area of the country, and in Georgetown, the capital, where some members maintained a residence. Five people were killed by Peoples Temple members at an airstrip in Port Kaituma while attempting to board planes to return to the United States: Congressmen Leo Ryan; photographer Greg Robinson of the San Francisco Examiner; cameraperson Bob Brown and reporter Don Harris from NBC; and Patricia Parks, one of a number of Peoples Temple members who had asked to leave with Ryan’s group. Jackie Speier, then legislative counsel for Ryan, and NBC soundperson Steve Sung were among the seriously injured.

The California Historical Society, by order of the California Superior Court and the Guyana High Court, became the repository for the records of Peoples Temple in June 1983. The more than one hundred cartons house materials gathered and created by Robert H. Fabian, the court-appointed receiver, in his efforts to identify and locate Peoples Temple assets and settle the more than 750 claims against the Temple’s estate.

Since that time, CHS has received significant further contributions to the Peoples Temple Collection, including personal materials from former members and their families. These have been cataloged and preserved, and they are available to patrons in the North Baker Research Library at CHS. More than five thousand photographs from the collection have been digitized and can be viewed at our digital library here. Rare footage of the Jonestown Agricultural Mission, as well as audio recordings, can be accessed here.

There is no single story of Peoples Temple. Much of its diverse membership joined seeking a more equal and just world; others were children or teenagers when their families became part of the organization. A large percentage were elderly African Americans, particularly women, who exchanged their social security income for the long-term promise of health care, housing, food, and community.

On this day we remember their lives, documented in the many photographs, legal records, correspondence, ephemera, publications, news clippings, artifacts, and audiovisual materials that make up the Peoples Temple Collection. The California Historical Society would like to express our deepest sympathy to the families and friends of those who died in Guyana on November 18, 1978.

Peoples Temple began as a church founded by Jim and Marceline Jones and a small group of parishioners in Indianapolis in the mid-1950s. Jim Jones, the pastor, preached to a racially integrated congregation during Pentecostal-based services. From the very start Peoples Temple was deeply involved in social welfare and community outreach—conducting food drives, operating a free restaurant, establishing nursing homes. In 1960 the church became affiliated with the Disciples of Christ denomination and gained increasing attention in the Indianapolis press for its integration activities as well as its charismatic pastor, who was reputed to be a gifted healer.

In the summer of 1965, the Jones family and approximately one hundred Peoples Temple members relocated to Redwood Valley, a rural community eight miles north of Ukiah in Mendocino County, California.

In 1970, in an effort to increase membership, Jim Jones began to preach in cities throughout California. Recruiting drives, particularly in African American communities in San Francisco and Los Angeles, increased membership to more than twenty-five hundred within a few years. The Temple’s Publications Department took thousands of photographs, predominantly to support the public relations efforts. They extensively documented the organization’s growth in membership and increased involvement in California politics and the civil rights movement in support of causes such as freedom of the press, affirmative action, housing rights, and gay rights.

By 1976, as membership continued to grow, Peoples Temple officially moved its headquarters from Redwood Valley to San Francisco. Jim Jones’s influence and involvement in local politics increased; letters of support for his social activism poured in; and in 1976 Mayor George Moscone appointed him to the San Francisco Housing Authority. Peoples Temple published its own newspaper, Peoples Forum, and hosted its own radio show. Thousands, including well-known politicians and activists, attended Peoples Temple services at the churches on Geary Street in San Francisco and at 1336 South Alvarado Street in Los Angeles.

Toward the end of 1973, Temple leadership voted to establish an agricultural mission in Guyana. Over the next two years, members traveled to Guyana to scout a location and, once it was selected, clear the land for buildings and crops. On February 25, 1976, the Guyana Commissioner of Lands and Surveys signed a land lease granting Peoples Temple the use of 3,852 acres in the northwest region of the country. The initial rental for the land was set at 25 cents per acre. The agricultural mission, also known as Jonestown, included a large communal kitchen, medical facilities, a school, dormitory-style housing, a day care center, and a large open-air pavilion that became the community’s central meeting place.

Peoples Temple increasingly promoted Jonestown to the outside world as a utopian community, but in 1977 former members and relatives organized a group called the Concerned Relatives to bring attention to charges that the church was holding members in Jonestown against their will and isolating them from their families. Both sides filed lawsuits, sought public support through the media, and appealed to government officials for protection. Media coverage exposed tactics of terror and retaliation against former members. Peoples Temple went on the counterattack, sending hundreds of letters to editors of newspapers whose reporters covered Jones and the Temple, and to local officials who supported the church.

In August 1977, after he learned that New West magazine was about to publish an investigative piece by Marshall Kilduff and Phil Tracy, “Inside Peoples Temple,” Jim Jones moved to Jonestown. Plans had been in place to have members gradually relocate to Guyana, but this article and other reports led Jones to expedite the process. That summer, hundreds of people arrived en masse in Jonestown. Over the next year, further investigative reporting raised even more doubts about Jones and the Temple. San Mateo County Congressman Leo Ryan, acting on reports from the Concerned Relatives and constituents worried about their family members, and after having interviewed a former member who had fled Jonestown, organized a fact-finding mission. On November 14, 1978, he and a group of journalists, news photographers, Jackie Speier, and relatives of Peoples Temple members arrived in Guyana. On November 17, they visited Jonestown. The next day, some Peoples Temple members approached Ryan’s group and asked to return with them to the United States. This “defection” was just one part of a series of events that ultimately resulted in the deaths at Jonestown, Port Kaituma airport, and Georgetown. The death toll included 304 children under the age of seventeen.

On November 28, 1978, the Guyana Emergency Relief Committee was formed to coordinate an interfaith response. Composed of representatives of the San Francisco Council of Churches, the Archdiocese of San Francisco, and the Board of Rabbis of Northern California, the committee had a twofold purpose: to assist with the expeditious return of more than five hundred bodies from Dover Air Base, Delaware, to California for burial, and to provide counseling, pastoral services, and material assistance to grieving families. Donneter Lane, executive director of the San Francisco Council of Churches, maintained records of the committee and its work with family members, the State Department, and Evergreen Cemetery in Oakland.

MORE IN THE CHS COLLECTIONS:

To commemorate the fortieth anniversary of Jonestown, this public program explores the complex ways that Peoples Temple was interconnected with and influenced by contemporaneous social, cultural, and political movements. Russel Rickford, associate professor of history at Cornell University, Natalie Hopkinson, assistant professor in the doctoral program in Howard University’s Department of Communication, Culture and Media Studies, and Captain Yulanda Williams of the San Francisco Police Department and Peoples Temple survivor, discuss how moments and movements of the twentieth century, in California and beyond, affected and influenced Jim Jones, the Peoples Temple movement, and Jonestown. Moderated by James Lance Taylor, professor and director of the African American Studies program at the University of San Francisco. Recorded November 19, 2018, at the California Historical Society, San Francisco.