The words “sexuality” and “suffragist” do not normally appear in the same sentence. Perhaps it is because the word “suffragist” usually conjures up images of elderly, white-haired matriarchs while photographs of younger suffragists almost always present them as covered up from head to toe. Yet beneath the big brimmed hats, long skirts and high buttoned shoes, were vital, passionate women testing political and, in some cases, sexual boundaries.

California Historical Society is excited to present a virtual program entitled “Sex and Suffrage,” with guest presenters Sherry L. Smith, Kimberly A. Hamlin, and Wendy Rouse. The program is now live on the CHS YouTube channel.

The presentation will feature a number of early twentieth-century suffragists whose sexual lives not only intersected with their political activities but helped defined them. Kimberly Hamlin’s account of Helen Hamilton Gardner tracks how the impact of her scandalous affair with a married man shaped her determination to empower women not only through the vote but to exercise greater control over women’s and girls’ sexuality and bodies. Sherry Smith’s presentation of Sara Bard Field reveals how her decades-long free love affair with a married man coincided with her involvement in the suffrage movement. The latter, in turn, helped Field recalibrate the power relationship with her long-time lover. And Wendy Rouse examines the significance of queer relationships among suffragists who challenged the heteronormative social conventions of their day.

Read on for a sneak peek into Sherry, Kimberly, and Wendy’s research.

One afternoon, I was looking for a needle in a haystack in the Adelaide Johnson, the sculptor, collection at the Library of Congress. The collection’s finding aid listed “Helen Hamilton Gardener,” the woman whose biography I was interested in writing, as one of Johnson’s correspondants but did not provide dates or additional details. As I was sifting through files labeled “correspondence of others,” I came across a series of coded letters, from “Little One” to “Little Phil.” At the top of the first letter, written in handwriting I immediately recognized as HHG’s was the following instruction: BEST DESTROY THIS LETTER. Thankfully, “Little Phil” (AKA New York suffragist Mary Phillips) did not destroy this letter, and somehow her friend Adelaide Johnson preserved it. Within three type-written pages, “Little One” (HHG’s code name) detailed the decades’-long affair she had had with a man named Charles Smart. They had lived together as husband and wife, but, in the letter, HHG revealed that on his deathbed she learned that Smart had another wife and family all along. She also told Mary Phillips what their life was like together, how she felt about his betrayal, and that she had gone into debt to put him into an asylum where he subsequently died, likely from complications of syphilis. HHG’s public life had been predicated on this fake marriage to Smart, and no one, least of all me, had ever before realized it was a lie. From that afternoon on, I knew I would write her biography, paying special attention to the links between her personal trials and her public activism.

Sara Bard Field was a committed feminist and suffragist. She proved her dedication when she and two other women embarked on a daring automobile trip across the United States in 1915. Their goal: deliver a petition to Congress demanding a woman suffrage amendment, signed by millions of already enfranchised western women and men. Yet, Sara almost did not take the challenging journey — because of a man.

Her greatest dedication in life was to Charles Erskine Scott Wood, a lawyer, married man, and her lover. She wanted nothing more than to live with him. Before agreeing to the trip, then, Sara wrote Erskine, “I am absolutely yours for any service by way of this trip or by staying at home.” Happily, Erskine urged her to go.

Throughout the trip she reminded him he would always come first. In the meantime, she delivered the petition with great fanfare and national media attention, testified in Congress, and even met President Woodrow Wilson. The “gasoline adventure” not only helped turn the tide toward a federal amendment, it also strengthened Sara’s resolve to win Erskine.  It bolstered her confidence to demand not only votes for women, but that her lover take the same, brave steps she had in leaving an unhappy marriage for a free love relationship. In time, she won both.

Because of the long history of homophobia, the private lives of queer individuals in the past have often been concealed or erased. This makes recovering their stories even more important. The 1979 biography of Laughlin told only a partial story and it was a story that erased the significance of the relationship between the two California suffragists. Much archival digging has since uncovered additional documents that help reconstruct a fuller picture of the significance of the love between the two suffragists. Sperry’s will is particularly revealing. Her first request read:

Court records reveal even more details about their relationship and the tensions it created with the Sperry family. Records documenting Laughlin’s mourning over the loss of her partner indicate the deep love that the two women held for each other. These archival documents help to recover the pieces of what has been left out of their stories.

Researching queer history requires learning to read between the lines, to interpret the archival silences, and, in this case, to look for what is left unsaid, what is missing, and what must be found. 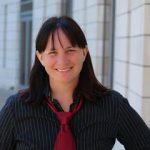 Wendy Rouse is an associate professor of history at San Jose State University. Her scholarly research focuses on the history of gender and sexuality in the Progressive Era. Rouse’s last book, Her Own Hero: The Origins of the Women’s Self-Defense Movement, explored the history of women studying boxing and jiu-jitsu as a means of personal and political empowerment during the era of women’s suffrage. Her current project explores the queer history of the women’s suffrage movement. 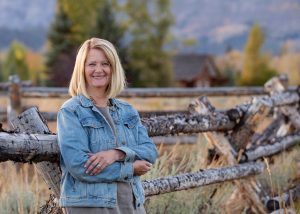 Sherry L. Smith is University Distinguished Professor of History (Emerita) at Southern Methodist University. Bohemians West: Free Love, Family and Radicals in the Twentieth Century relates the decades-long free love relationship of Sara Bard Field and Charles Erskine Scott Wood. A historian of the American West and Native America, Smith’s other books include Hippies, Indians, and the Fight for Red Power and Reimagining Indians: Native Americans through Anglo Eyes, 1880–1940, both published by Oxford University Press. She is a former president of the Western History Association and received the Los Angeles Times Distinguished Fellowship at the Huntington Library, which supported research for Bohemians West. Smith has also been honored with fellowships from the National Endowment for the Humanities, the Fulbright Foundation, and Yale University’s Beinecke Library. She lives in Moose, Wyoming, and Pasadena, California. 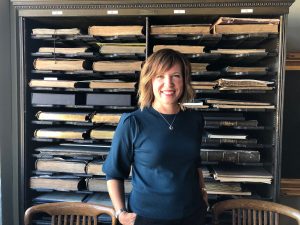 Kimberly A. Hamlin, PhD is an award-winning historian, speaker, and writer. Her book, Free Thinker: Sex, Suffrage, and the Extraordinary Life of Helen Hamilton Gardener reveals the fascinating story of the “fallen woman” who reinvented herself and became the “most potent factor” in Congressional passage of the 19th Amendment. Free Thinker received support from a National Endowment for the Humanities (NEH) Public Scholar Award and the Carrie Chapman Catt Prize for Research on Women and Politics. Appointed to the Organization of American Historians Distinguished Lecturer Bureau, Hamlin speaks about the history of women, gender, and sex across the country. A regular contributor to the Washington Post, Hamlin’s research has also been featured in NPR and CBC radio, Vice, qz.com, among other outlets, and she has contributed to several PBS documentaries. Hamlin is currently helping to organize commemorations of the 2020 suffrage centennial, and she serves as historical consultant to the Bearded Lady Project, now on view at the National Museum of Natural History. Hamlin lives in Cincinnati, Ohio where she cohosts the Mercantile Library’s “Women You Should Know” Book Series and teaches at Miami University in Oxford, Ohio.