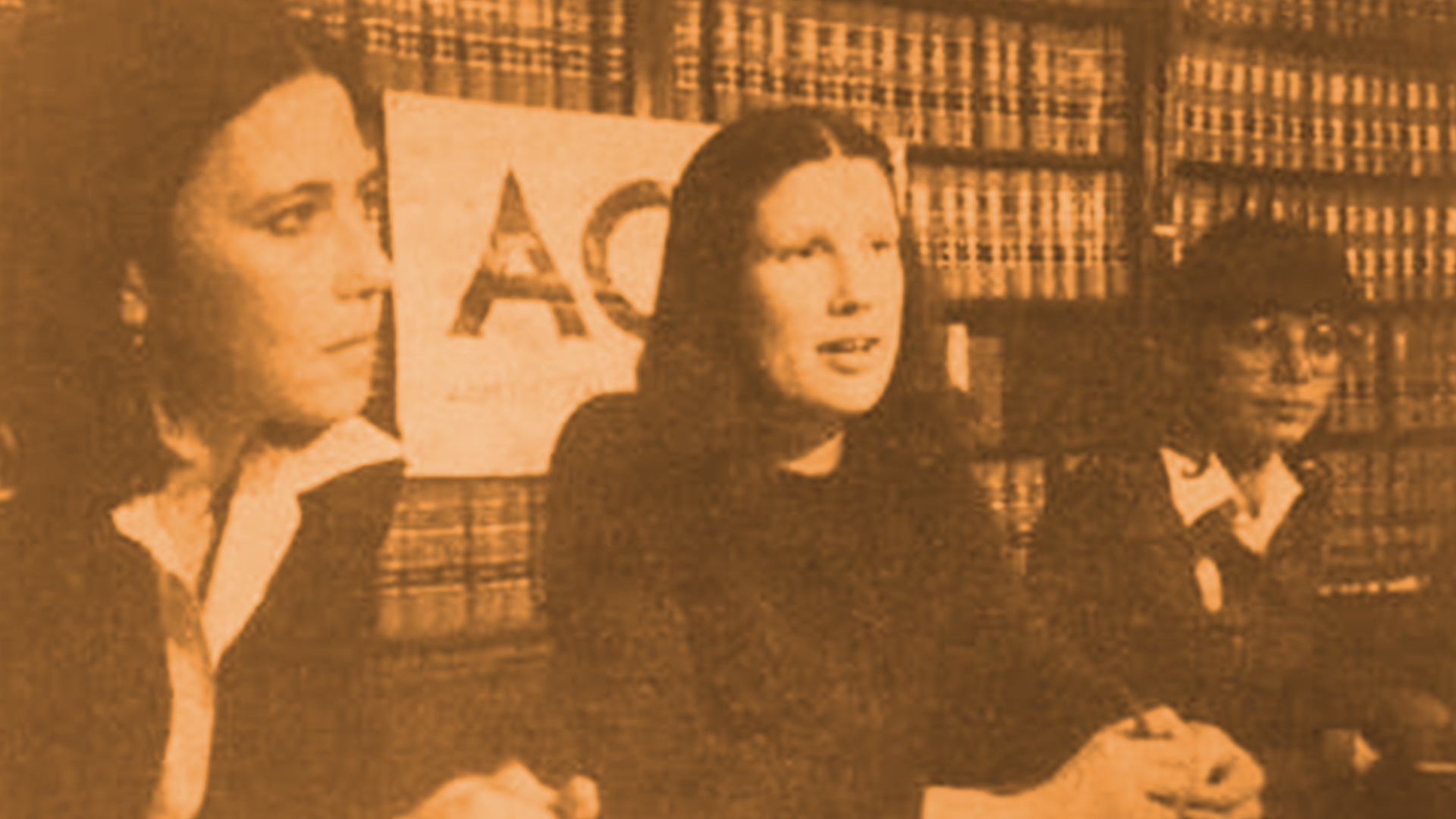 These case files consist mainly of correspondence between ACLU-NC lawyers and their clients, as well as attorney notes and official legal documents such as transcripts of witness testimonies and official court documents such as complaints and judgements (or “Master Pleadings” in the ACLU’s parlance). I was cowed by the intelligence of these lawyers – for example, Staff Attorneys Margaret Crosby and Amitai Schwartz – as well as fascinated by their personalities, traces of which are evident in the correspondence.  Most of the time, these records document the cases from start to finish, with an emphasis on the trial process. The most interesting part of processing this fascinating collection, for me, has been observing the official stance of the court on issues that now seem either dated (calculating quotas in service of affirmative action) or frighteningly, startlingly relevant (reproductive rights; police violence against young black men).  At times, they are a product of a very specific time and place (the 1980s AIDS epidemic in San Francisco and the subsequent closure of its bathhouses), and at others, appear to document the fact that very little, in fact, has changed (such as Bay Area landlord abuses and developer greed).

Some cases that are representative of this collection are the group of cases that includes the Committee to Defend Reproductive Rights (CDRR) v. Myers; CDRR v. Rank; CDRR v. Cory; CDRR v. Unruth; CDRR v. Kizer; Pearl v. Huff, and which were deliberated over the course of 14 years, starting in 1977 and ending in 1991. Detailed in this 2017 blog post from the ACLU’s website, the cases challenge provisions to the California Constitution that limit Medi-Cal funding for abortions. The ACLU, with Crosby at the helm, sued Beverlee A. Myers, Director of the State Department of Health Services, to prohibit her from enforcing the restrictions, which resulted primarily in the discriminatory treatment of poor women in California who chose to have abortions and whose medical expenses, in those cases, were not covered. The court, which eventually sided with the ACLU wrote: “By virtue of the explicit protection afforded an individual’s inalienable right of privacy by article I, section 1 of the California Constitution…the decision whether to bear a child or to have an abortion is so private and so intimate that each woman in this state — rich or poor — is guaranteed the constitutional right to make that decision as an individual, uncoerced by governmental intrusion.”

Not many are aware that the California Historical Society is the official archival repository of the ACLU-NC – the product of a long-standing and mutually beneficial relationship.  Another recent product of this relationship has been the digitization of a nearly complete series of ALCU newsletters from the 1930s to 1990s. These newsletters were sent out to ACLU members to inform them of the exciting work being done by the ACLU’s incredible staff of brilliant lawyers and human rights advocates, and are an excellent complement to the legal case files.  They will soon be available on CHS’s digital library, and the updated ACLU-NC finding aid will soon be available on the Online Archive of California.