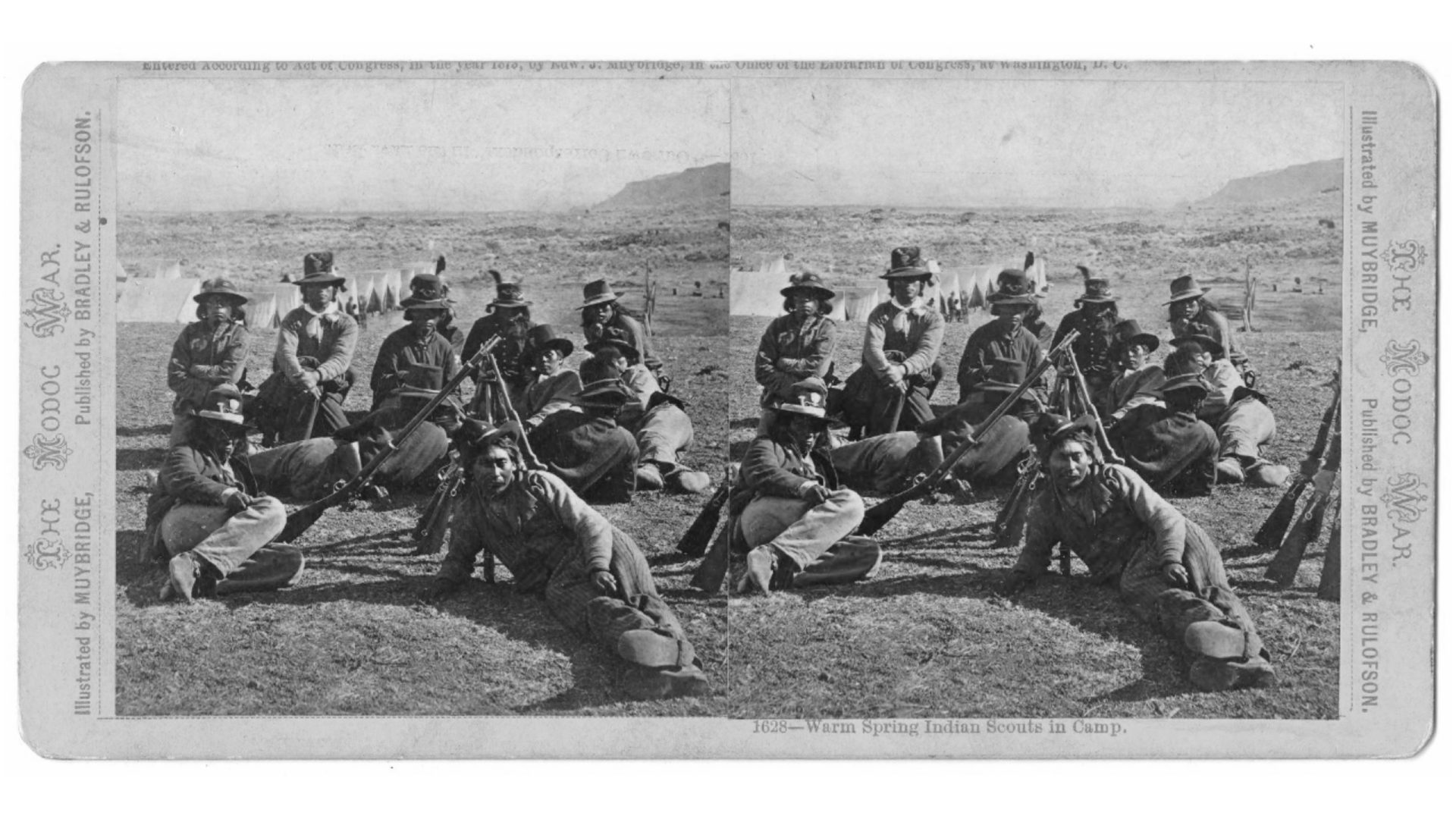 This blog post commemorates a hero of the Modoc War, Kintpuash, known as Captain Jack (1837–1873). In 1872–73, this Modoc resistance leader led his people from the confines of the Klamath Indian Reservation back to their homeland to fight for the right to live as free people on their ancestral land in the Tule Lake area of northern California.

As Native American Heritage Month draws to a close, so, too, do our related exhibitions, Sensational Portrayals of the Modoc War, 1872–73 and Native Portraits: Contemporary Tintypes by Ed Drew. The Modoc War connects these two shows: one features the intense interest the war created throughout the United States and the other displays contemporary portraits of native peoples of the Klamath region—some of them descendants of those who fought in the war.

This blog post commemorates a hero of the Modoc War, Kintpuash, known as Captain Jack (1837–1873). In 1872–73, this Modoc resistance leader led his people from the confines of the Klamath Indian Reservation back to their homeland to fight for the right to live as free people on their ancestral land in the Tule Lake area of northern California.

Klamath Indian Reservation, 1879
The Klamath Indian Reservation had its beginnings in the Treaty of 1864, in which the Klamath, Modoc, and Yahooskin peoples agreed to live together as what was referred to as the “Klamath Tribe” on a reservation in the Klamath Basin of southern Oregon. In exchange for their land—almost 20 million acres—they would be provided necessary provisions on land about one-tenth the size.

In the annals of the militarization of the West in the nineteenth century, many promises were made by the federal government, and many were not honored. For one band of Modoc Indians living in the Klamath Reservation the arrangement became untenable.

After a number of years without help and provisions, and under the leadership of Kintpuash with Jim Schonchin, a small group of Modoc men and their families left the reservation and returned to their ancestral lands in today’s Lava Beds National Monument in northern California. Federal troops attempted to push them back to the reservation. As Indian Commissioner Thomas J. Morgan, acknowledged about the government’s long-standing policy, “The Indians must conform to ‘the white man’s ways,’ peaceably if they will, forcibly if they must.” But the Modocs refused to abandon their homeland.

War erupted in November 1872 between the Modocs—about 55 men and their families—and the United States Army. The volcanic landscape of the 47,000-acre lava beds (called the Land of Burnt Out Fires), with its nearly 700 caves, became a natural fortress that the Modocs reinforced to give them an upper hand in battles. 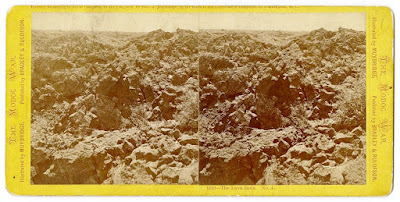 In January 1873, as U.S. troops from Fort Vancouver and Fort Klamath pressed the first major assault on Captain Jack’s Stronghold (the Modoc fortress), fog rolled in from nearby Tule Lake, blinding the soldiers as they inched across the rocky terrain. The Modocs moved unseen through lava tubes, killing or wounding dozens of soldiers from below while suffering no casualties of their own.

For about six months, the Modocs successfully fought off U.S. troops, capturing the attention and imagination of people across the country, many of whom were sympathetic to the Modocs for humanitarian reasons.

Captain Jack himself became somewhat of a folk hero. He was then “a man of 30 years of age, a man of square mold, 5 feet, 10 inches in height—a royal-blooded man of more than common heritage,” observed Col. Alfred B. Meacham of the Bureau of Indian Affairs.

According to the May 30, 1873, issue of the New York Times, “Each mail brings also to camp an extensive correspondence for Capt. Jack . . . . One wishes Jack to come there and scalp the fellow who wants to win his girl away from him, another assures him he will get plenty of volunteers if he comes to his village, still again he is congratulated on his heroism and told to go on and conquer.”

But the adulation was short-lived. On April 11, 1873, the Army and Modocs held a peace commission. In his bid for a settlement, Captain Jack requested a reservation of 6 square miles on the lava beds. Indians could live there, he reasoned, white men couldn’t. When it became clear that the two sides would not come to terms, Captain Jack opened fire and a battle ensued, resulting in the deaths of General Edward R. S. Canby—the only U.S. general lost in an Indian conflict—and Reverend Eleazer Thomas.

With the tide now turned against the Modocs, the government renewed its attempts to drive the Modocs out of the lava beds. Joined by 70 Warm Springs Indian scouts, 675 U.S. soldiers with four batteries of artillery besieged Captain Jack’s Stronghold for two days, but as few as eight Modoc men continued to fend them off.

The Modocs were nevertheless driven from their advantageous position. A loss of morale led several men to desert Captain Jack and help the forces hunting him. It was not until the first of June, a remarkable six months after the conflict began, that Captain Jack and his closest allies finally surrendered. They were brought to Fort Klamath, where they were sentenced to death for the murders of General Canby and Reverend Thomas.