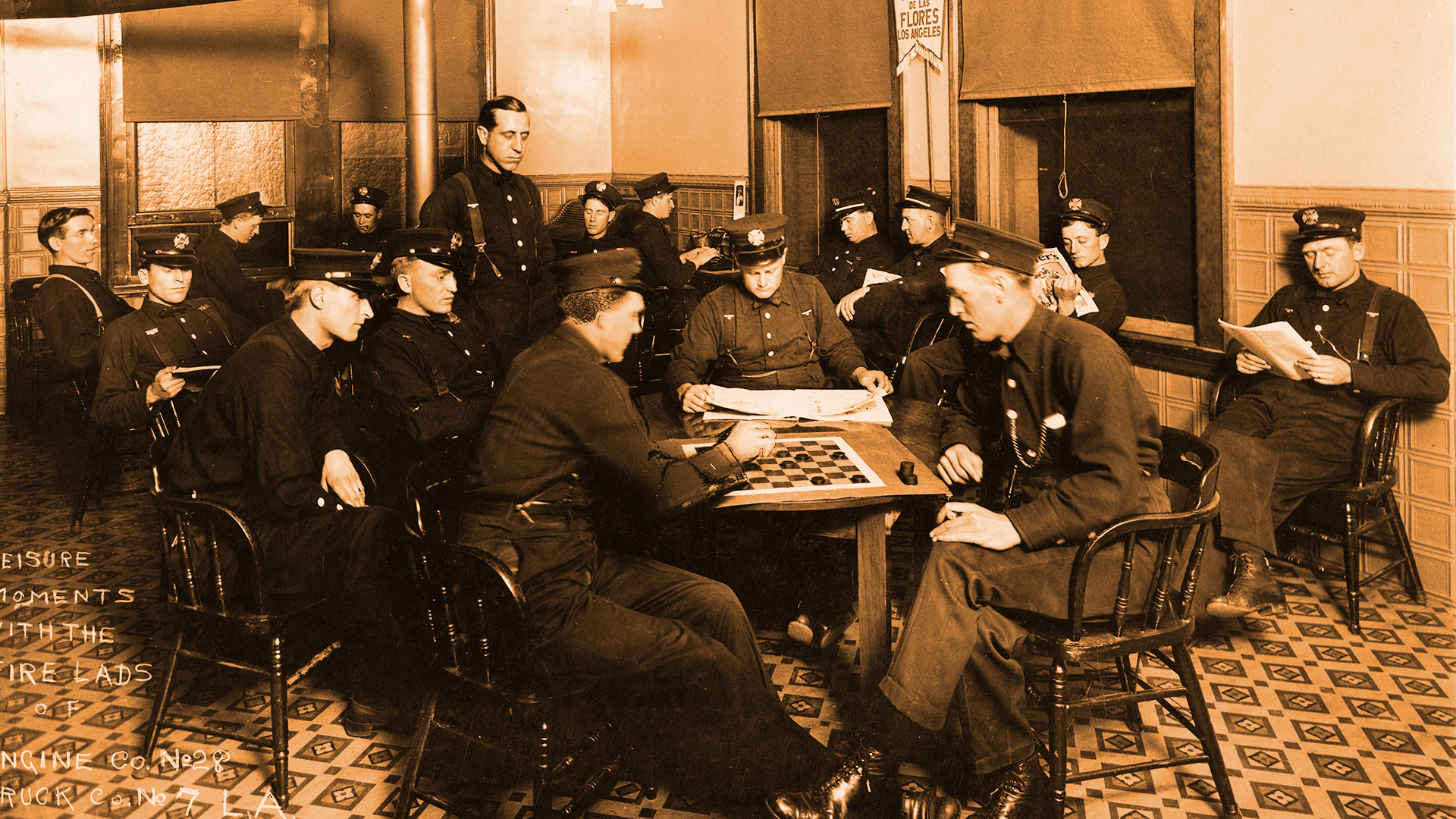 Anticipation of the Southern Pacific Railroad’s line to Southern California touched off a population boom that accelerated in 1886 with the completion of the Santa Fe line. Accompanied by an intense advertising campaign, the railroads not only encouraged tourists to flock to this part of sunny California, but created a means for unprecedented migration and frenzied land speculation. The city of Los Angeles, previously a quiet agricultural town, transformed into an urban hub for the region; its population expanding from approximately 11,000 to over 50,000 between 1880 and 1890[1].

Up until this time, the city had protected itself from fires through the efforts of an all-volunteer fire brigade, but with such rapid growth the need for fire services to be managed by the city became apparent. In February 1886 an official Los Angeles Fire Department was formed with 31 paid firefighters, 24 reserve callmen, and 11 fire horses[2]. Other firefighting resources expanded alongside the city. In 1901, 210 automatic fire alarm boxes and 660 fire hydrants were in use. Fast forward a decade later and that number had increased to 418 fire alarm boxes and 2,969 functioning fire hydrants, as well as 163 fire horses that were owned and cared for by the LAFD[3].

A year later, in 1912, Fire Station No. 28 opened at 644 South Figueroa Street. The Los Angeles Fire Department photograph collection at the California Historical Society documents this historical engine company and its firefighters, with some of the photographs capturing rare “behind the scenes” moments, including one with a poem written over the print:

When the sky is glowin’ red

And the firelads snug in bed

Some “gink” with gleeful zest

Pulls a box; we do the rest

[“Gink” was a slang term for a boy or a man that might seem odd or foolish.]

Engine Company Number 28 closed in the late 1960s but the building still stands. Registered as an historic landmark in 1979, it serves as an important reminder of the role firefighters have always played in protecting the city of Los Angeles.

Images from the collection may be viewed on the CHS digital library.