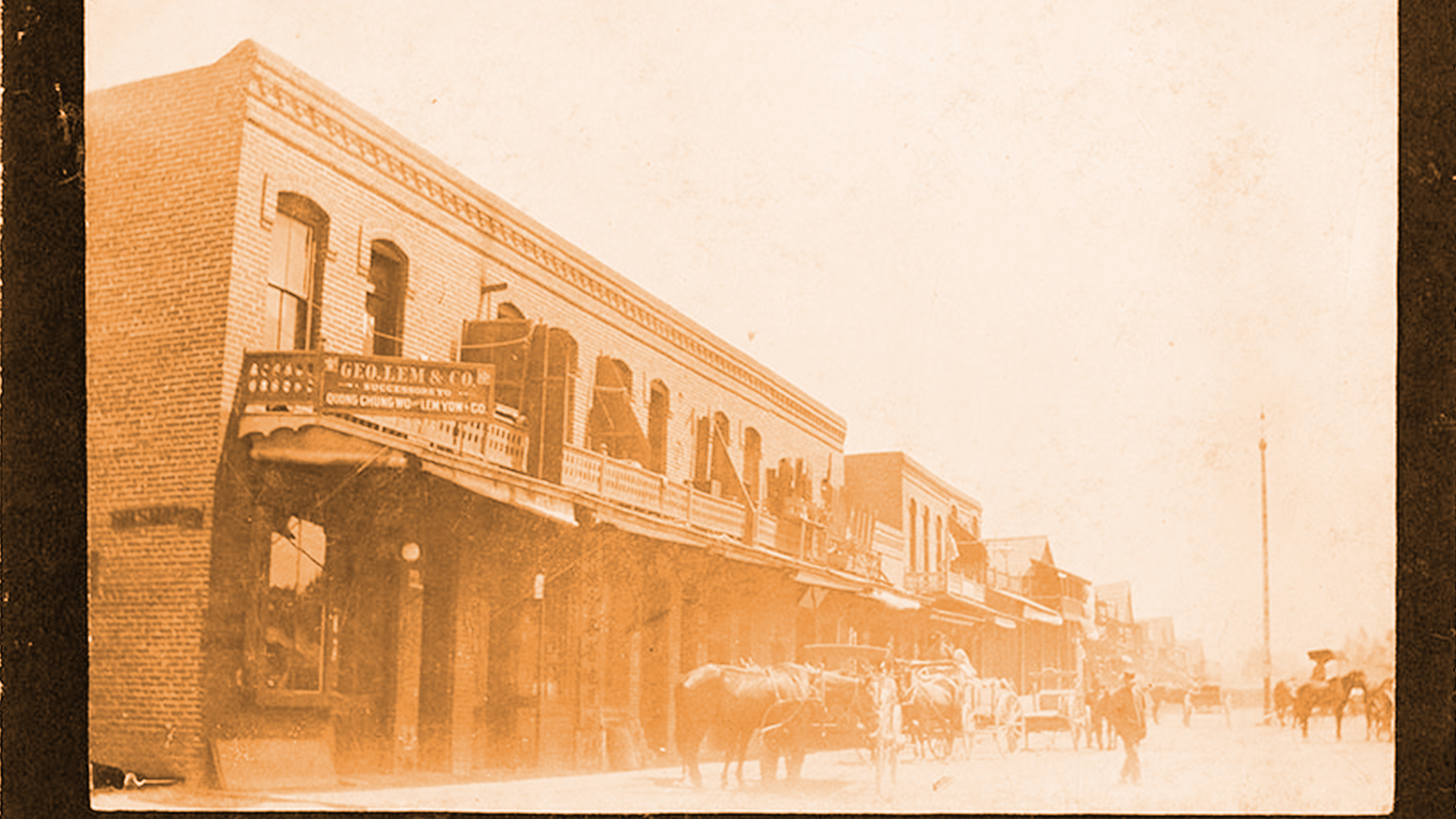 Los Angeles’ Chinatown became the site of a race riot and mass murder in 1871. Read more below from CHS Director of Exhibitions, Erin Garcia.

Los Angeles’ Chinatown became the site of a race riot and mass murder in 1871. The area adjacent to La Plaza in downtown Los Angeles was one of several pockets where late nineteenth-century Chinese migrants to the city concentrated. On October 24, 1871, a gunfight erupted on the Spanish-named Calle de Los Negros (Street of Negros) between feuding leaders of rival Chinese benefit associations. When authorities responded, Chinese shooters allegedly wounded a police officer and killed a white rancher. The Chinese men took cover inside the Coronel Building, but soon a frenzied mob of an estimated five hundred Anglo and Latino rioters—close to one tenth of the city’s population—surrounded the building and eventually shot or lynched eighteen Chinese men in one of the most atrocious hate crimes in our state’s history.

The horrific massacre put Los Angeles in the national news, for the first time, staining the reputation of a city whose boosters were desperate to attract white immigrants. City leaders worked to downplay the event. Eight of the rioters were convicted of manslaughter, but the charges were quickly overturned on technicalities. Anti-Chinese sentiment continued to increase, and in 1876 the Los Angeles Anti-Coolie club held its first meeting.

The site of the massacre was finally excised from public memory when Chinatown was leveled following voter approval in 1926 of a new railway hub. By the time Union Station was completed in 1939, Chinese residents had moved to other parts of the city. With tourism in mind, Chinese business leaders opened New Chinatown—a stylized, movie-set-like series of blocks a few miles to the north near what was then Sonora Town and Little Italy.