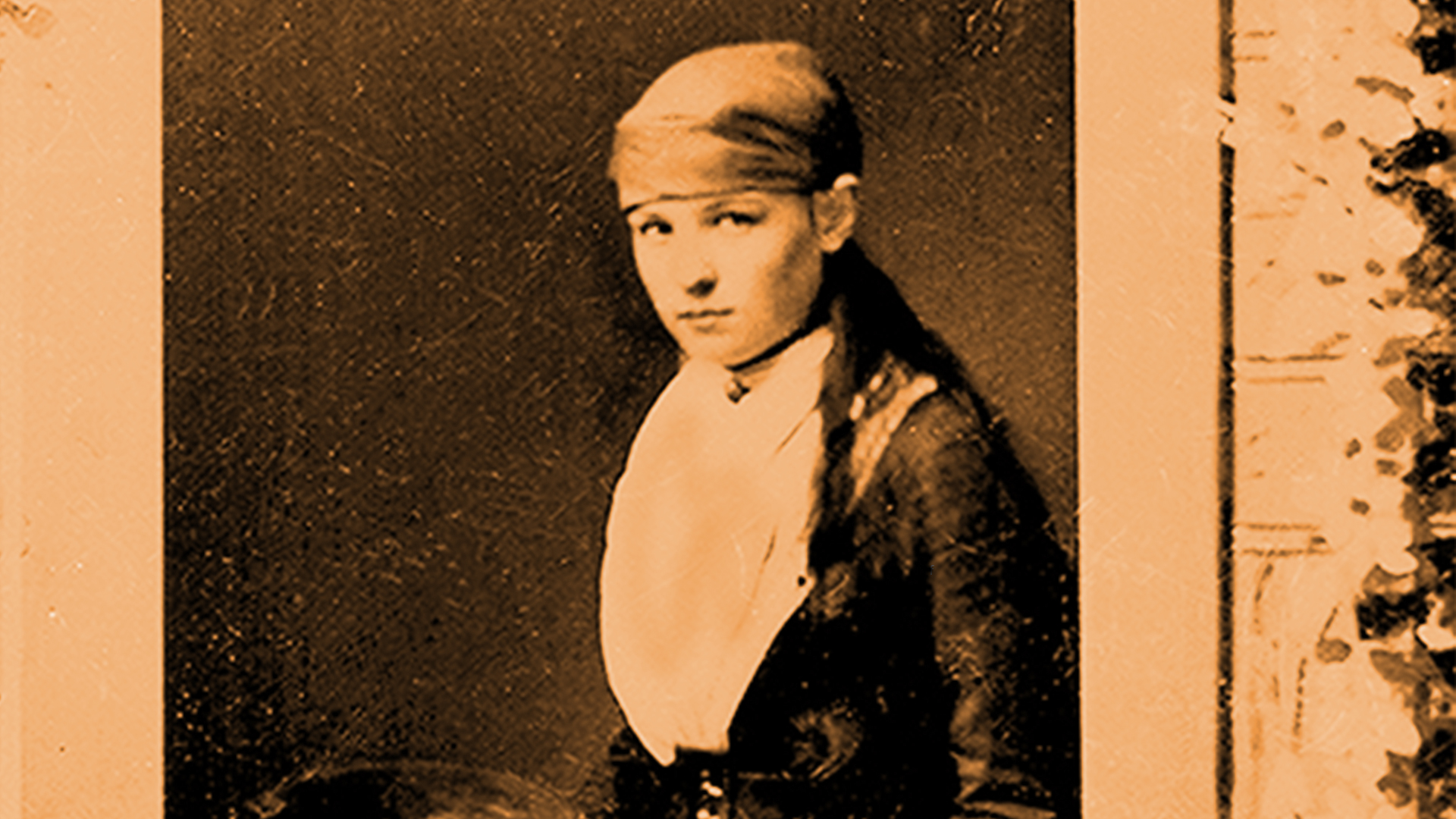 In Your Travels: California Historical Society Collections on the Road

Grace Carpenter (1865–1937), with twin brother Grant, was born to Helen McCowen, a writer, civic leader, and early educator in Potter Valley, Mendocino County, California. McCowen and her husband, Aurelius Ormando Carpenter, known for his photographs of the early Mendocino railroad, lumber, and shipping industries, operated a portrait photography studio in nearby Ukiah. After showing promise as a child for her drawing skills, Grace began attending the San Francisco School of Design at age fourteen. When she returned home for summer break after her first year, instructor Oscar Kunath (1830–1909, American, b. Germany) wrote her mother, imploring, “I take the liberty as well as pleasure in stating, that she has been one of my best pupils. . . . If she intends choosing Art for her occupation, it is indeed necessary to devote all her time & talent to this high aim in life. . . . Your daughter . . . will soon rise above her classmates by studying very earnestly.”

During her second year at art school, Carpenter won an annual student contest for best classical drawing. The subject for all entrants was a plaster cast of Ares Borghese (ca. 1–2 CE), a Roman marble sculpture in the collection of the Museum of Classical Archaeology at Cambridge, England, considered very difficult to portray in two dimensions. The prize was a medallion named after William Alvord, mayor of San Francisco from 1871 to 1873, and engraved with the contest winner’s name. Carpenter’s medallion was at some point affixed to a brooch with a cat’s-eye shell as a centerpiece, flanked with a leaf motif and a turquoise bead at either end of the pin bar. The drawing and medallion remained in her possession, later passing to her nephew, Mark Carpenter, who, with his wife, gave them to CHS in 1963. They have returned to the Grace Hudson Museum in Ukiah for this exhibition.

In 1890, Carpenter married John Wilz Napier Hudson, who had trained in medicine in Nashville and come to Ukiah to work as a physician. He later became a scholar of Pomo culture and an important collector of their baskets. Grace Carpenter Hudson occupies a significant place in California history due to her lifetime of art production, which includes more than 680 paintings, mostly of Pomo peoples in the region. For more information, please visit http://www.gracehudsonmuseum.org/.

1. Quotes from Oscar Kunath’s letter are courtesy the Grace Hudson Museum, City of Ukiah; Acc. #2018-1-2. While the letter is not dated, Karen Holmes, curator of collections and exhibitions, believes it was written in the spring of 1880. A Daily Alta newspaper clipping, dated December 24, 1881, and held in the museum’s archives, states that Carpenter had been a student for eighteen months when she received the award. For a brief history of the formation of the San Francisco Art Association and its evolution into today’s San Francisco Art Institute see Betty Hoag McGlynn, “The San Francisco Art Association,” in Plein Air Painters of California, The North, ed. Ruth Lilly Westphal (Irvine, CA: Westphal, 1986), 16–19.

2. The marble Ares Borghese may itself be a copy of an earlier bronze (now lost) from the fifth century BCE. The statue was among 344 antiquities that entered the collections of the Louvre in 1807, via purchase by Emperor Napoleon from Camillo Borghese, Sixth Prince of Sulmona and husband of Pauline Bonaparte, Napoleon’s sister. In 1884 it transferred to Cambridge University by sale, and its record in the Museum of Classical Archaeology Databases notes that “it may represent Achilles” [the title of Carpenter’s drawing], and that it “has also been recently proposed that the sculpture was a Roman original created through Augustan propaganda to cast Augustus’s heir and grandson, Gaius, as ‘the New Ares.’” The statue’s height is 211 cm, or slightly under seven feet. Hudson’s drawing’s subject has remained identified as Achilles since the contest, although recent research conducted by Marcus and Rosalie Wardell confirms the actual source of the plaster cast.

3. Although unconfirmed at this time, it is possible that the numeral 3, shaped by erasure and located in the lower-right corner of the drawing, may be Carpenter’s entry number. Additionally, while Carpenter was not a trained jeweler, it is highly likely she chose the centerpiece for her brooch and approved its design.

4. The original Portrait of Grace Carpenter may have been taken at her parents’ studio in Ukiah, though the actual photographer is unknown and the tintype does not carry the “Carpenter” mount. The photograph of Achilles is believed to have been taken prior to the drawing and Alvord Award being given to CHS, with the photographer also unknown. The latter was used in Searles R. Boynton, The Painter Lady: Grace Carpenter Hudson (Eureka, CA: Interface California, 1978), 18.

5. Fellow artist and San Francisco–born Henry Percy Gray (1869–1952), also attended the San Francisco School of Design and participated in the contest in 1886. His submission is also in the collection of the California Historical Society, a gift of Dr. and Mrs. W. Scott Polland, 1970.

Art and object collections are available for researchers by inquiry and prearranged appointment through CHS’s North Baker Research Library.