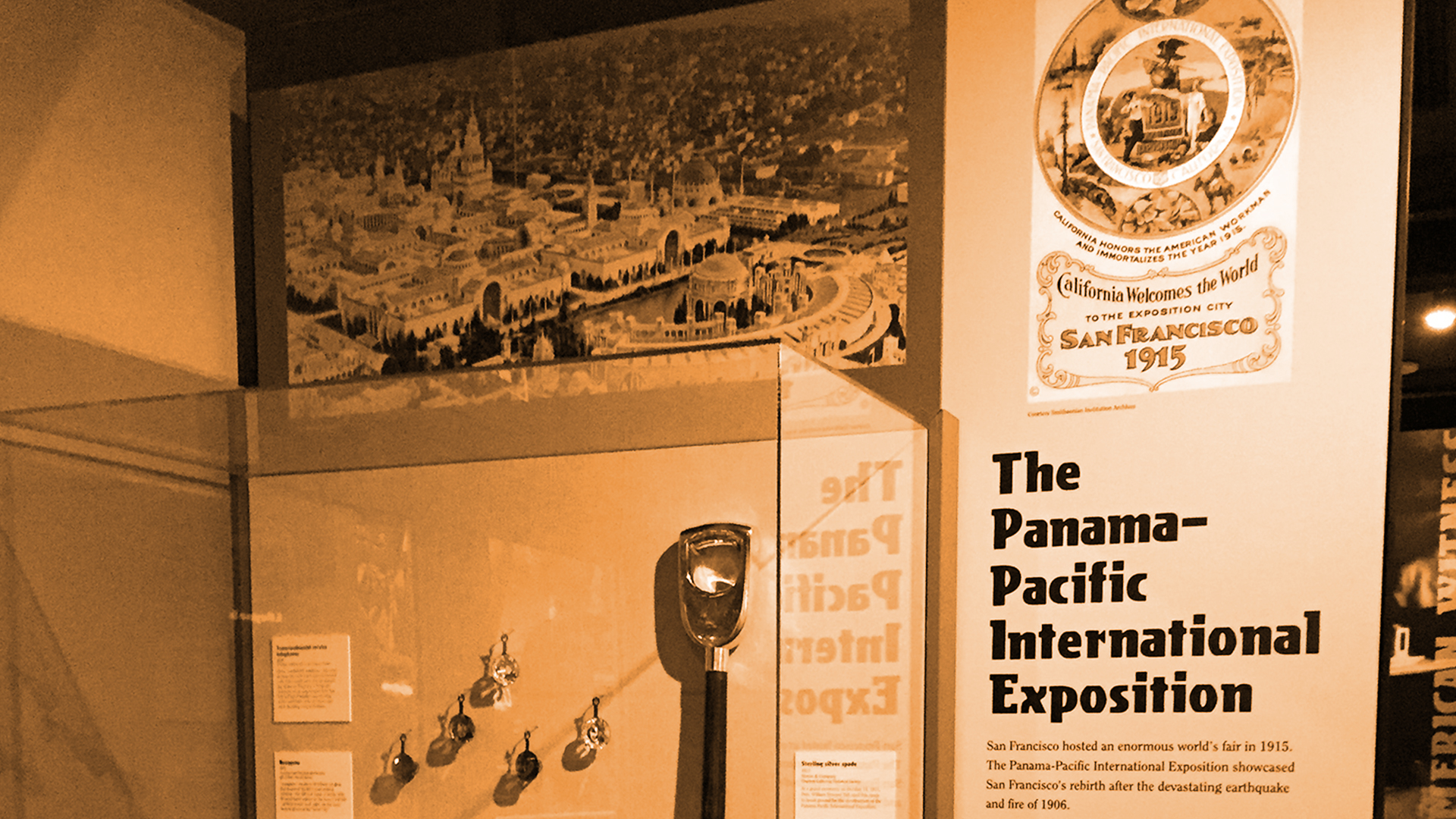 In Your Travels: California Historical Society Collections on the Road

Artifacts from the Panama-Pacific International Exposition are on view in WWI America, currently showing at the Museum of History and Industry, 860 Terry Ave N., Seattle, through February 10, 2019, and coming soon to the Bullock Texas State History Museum, 1800 Congress Ave., Austin, March 16–August 11, 2019.

Throughout much of 2015 our many visitors at CHS were treated to the exhibition City Rising: San Francisco and the 1915 World’s Fair, in commemoration of the centennial of the opening of the Panama Canal. The exhibition, which opened February 20 with a grand gala at the Palace of Fine Arts and concluded January 10, 2016, featured numerous images and artifacts from the Panama-Pacific International Exposition, some generously provided by lenders, and many sourced from CHS’s own collections.

In 2017, the Minnesota Historical Society borrowed several of these artifacts from CHS for its traveling exhibition WWI America, now installed at the Museum of History and Industry in Seattle. These include the engraved silver spade made by Shreve & Co. (founded 1852 in San Francisco) used by President William Howard Taft in the groundbreaking ceremony on October 14, 1911, at the Golden Gate Park Polo Fields; a set of five Novagems, a gift of Maria Shoppe Bartee, two of which were on display in the conjunction exhibition at San Francisco’s Palace of Fine Arts in 2015; and opening- and closing-day badges, the latter of which once belonged to five-year-old Albert Couderc, a gift of Marie Couderc.

Also featured in WWI America are four candlestick-style telephones that CHS borrowed for its show from the AT&T Archives and History Center. The phones were used in the first transcontinental conference call on January 25, 1915, between Alexander Graham Bell in New York; his former assistant, Thomas Watson, located at 333 Grant Avenue in San Francisco; Theodore Vail, president of AT&T, seated inside the Jekyll Island Club off the coast of Georgia; and President Woodrow Wilson, at the White House in Washington, DC.

Following its successful exhibition at the Virginia Historical Society (now the Virginia Museum of History and Culture) in Richmond, which saw some thirty-five thousand visitors, WWI America is now on view at the Museum of History and Industry in Seattle through February 10, 2019. For more information, visit https://mohai.org/. The show will then travel to the Bullock Texas State History Museum in Austin, where it will be on view March 16 through August 11, 2019. See https://www.thestoryoftexas.com/.