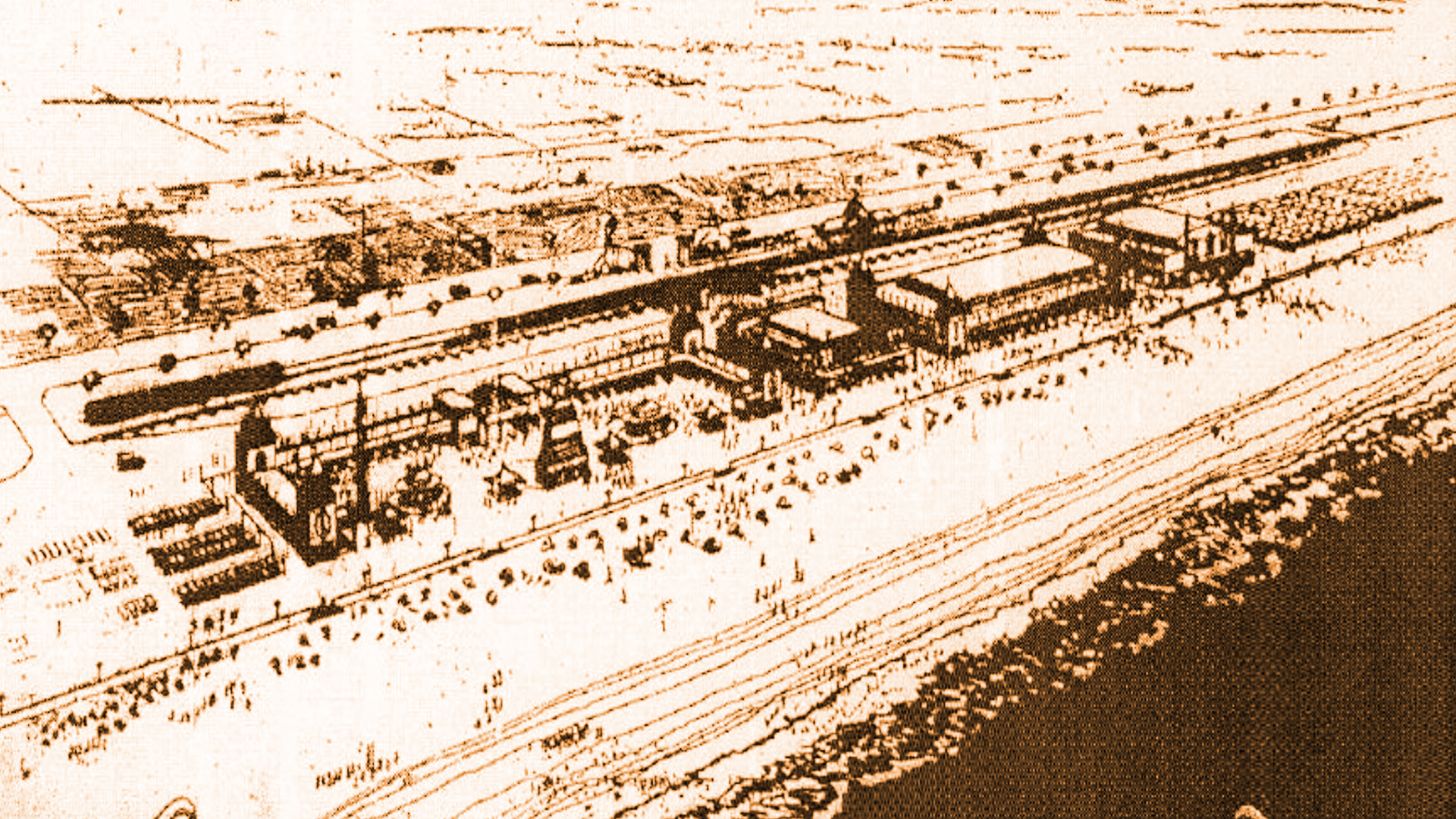 Huntington Beach and the Black Beach Club Erased from History

It is one of the most tantalizing what-ifs of Southern California history. What if the Pacific Beach Club had not burned 95 years ago this winter and had opened as one of the nation’s premier Black resorts in 1926 in Huntington Beach?

That outcome was tantalizingly close. An ad in the California Eagle, L.A.’s leading Black newspaper, summed the mood up. The Pacific Beach Club “will fulfill a long-needed want… something that has previously been denied… a place of our own1,” it said.

The stakes were high, the need to act urgent, a 1925 ad in the Black-owned California Eagle told readers.

“The whites have for years enjoyed their clubs and organizations,” it stated. “We must at this time awake… NOW is the time… There is… no place left on the Pacific Near Los Angeles where we may congregate for any purpose2.”

That the story is not widely known is a shame. We never heard it at Huntington Beach’s Peterson Elementary School – about a mile from the Pacific Beach Club site. Nothing told me until last summer, when an April 2, 1925 Los Angeles Times item, “Beach Club Is Proposed by Negroes” popped up in a database search on local history.

The 1930 U.S. Census lists three Black residents in Huntington Beach. By 2010 the number grew to 1,813 – one percent of the population. I recall a single Black playmate from my growing-up years. According to local legend, the following exchange took place when the family moved in across the street.

“Good morning, how you doing?,” the boy’s father greeted a neighbor.

“Fine until now,” the neighbor replied.

It was the first of many hurdles, obstructions and technicalities that would be thrown up by white residents over the next year and a half.

Historian Cady links the opposition to a wave of Southern white immigration then transforming Southern California. The wave focused squarely on Huntington Beach, where Texas, Oklahoma and other natives were drawn to the city’s oil fields.

By 1930, 16 percent of Huntington Beach residents were Southern born – the highest percentage in the state and more than twice California’s average. The oil workers transformed the cultural landscape, where Cady notes they introduced “hillbilly music” and Southern cuisine – along with boxing, pool halls, prostitution and drunkenness – the latter fixtures of any boomtown of course.

Still, beach club organizers advanced toward their goal as 1925 progressed. Buildings rose on seven acres near the intersection of today’s Beach Boulevard and Pacific Coast Highway. The completed club would have included a dance pavilion for 1,500 guests, a restaurant for 700, a grocery store, a drug store and a 200-unit tent city, among other amenities.

In 1914, Ceruti led a drive to expel D.W. Griffith’s Klan-friendly “The Birth of a Nation” from theaters. In 1924 he appeared in another Times item filing legal action after Long Beach police allegedly tortured three arrestees.

African-Americans were confident on Labor Day 1925 in Huntington Beach. The afternoon saw six-to-10,000 spectators line the sand for a beauty pageant featuring young women from across the region. The “negro bathing beauty parade” was “believed by its sponsors to be the first in the country,” the Times reported. California Eagle editor Joe Bass deployed grander language. “Never before in the history of Western America (had) so many people of the Negro race gathered at one event3,” he proclaimed.

The event was part party, part promotion for the beach club’s opening – set for Lincoln’s Birthday on Feb. 12, 1926.

Historian Cady writes about the pageant at length.

“On (Labor Day), thousands staked claim to a club of their own — a towering symbol of prosperity previously unattainable,” he writes. “And one that ostensibly mocked supporters of Jim Crow by establishing a separate but superior venue to those accessible to most whites.”

The club wouldn’t be for all classes – annual fees would run $50 to $80 ($700 and $1,100 in today’s dollars). Excitement spread though – as editor Fred C. Williams of Northern California’s Public Defender newspaper put it, “Here at last, on the ocean front, we will have one of the most wonderful beach resorts in the world4.”

All would go up in smoke on the morning of Jan. 21, 1926. Around 6 a.m., security guard A.H. Sneed spotted flames – and two cars fleeing. One car sped toward downtown Huntington Beach, another to Newport Beach. Sneed, a “colored watchman” in the Times’ account, got a good look at one man, “who was white.”

The pair were likely Klan members, Cady said in 2006.

“The reason I would say… Klan is because the Klan’s weapon is fire,” Cady told the Orange County Register. “It’s part of their ritual, part of their ceremony5.”

Today he’s not sure. Cady never published his Pacific Beach Club research, in part because of the “shaky ending,” with no one convicted of the deed.

“Yes, the Klan had a presence in Huntington Beach, and in no way did the locals want a Black club on their doorstep,” Cady said via email. “But there’s more to the story… The club owners were in deep, deep financial trouble. After reading the lease I realized that the only way they could have recouped the cost of the club was either fire or earthquake.”

Organizers bounced back from the fire, however, launching “a national campaign” to raise more money, the Times noted on Nov. 22. Huntington Beach whites mobilized too – with a new organization “to oppose any further efforts of negroes to establish a colony on the ocean front.”

Faced with unrelenting obstruction, the Pacific Beach Club dream faded over the next year. It would not join the short list of resorts – like the famous Idlewild in west Michigan – that offered recreation to Black Americans in the first part of the 20th century. It’s brief existence and fiery demise deserve a permanent place in California’s and the nation’s story.

As the late novelist, historian and wit Gore Vidal put it, Americans live in “the United
States of Amnesia.” Perhaps that’s why so much misdirected anger and frustration has swirled across the country recently.

We need look no farther than our own backyard for history to inform and guide us. Stories like the Pacific Beach Club’s should be reclaimed and taught in our schools. They can move us – toward understanding and away from the kind of divisive rhetoric that has inflamed our country, and certainly Huntington Beach, over the past few years.

Erik Skindrud grew up in Huntington Beach. Today he’s a writer and editor in Long Beach. He can be found at @Erik_Bookman on Twitter.