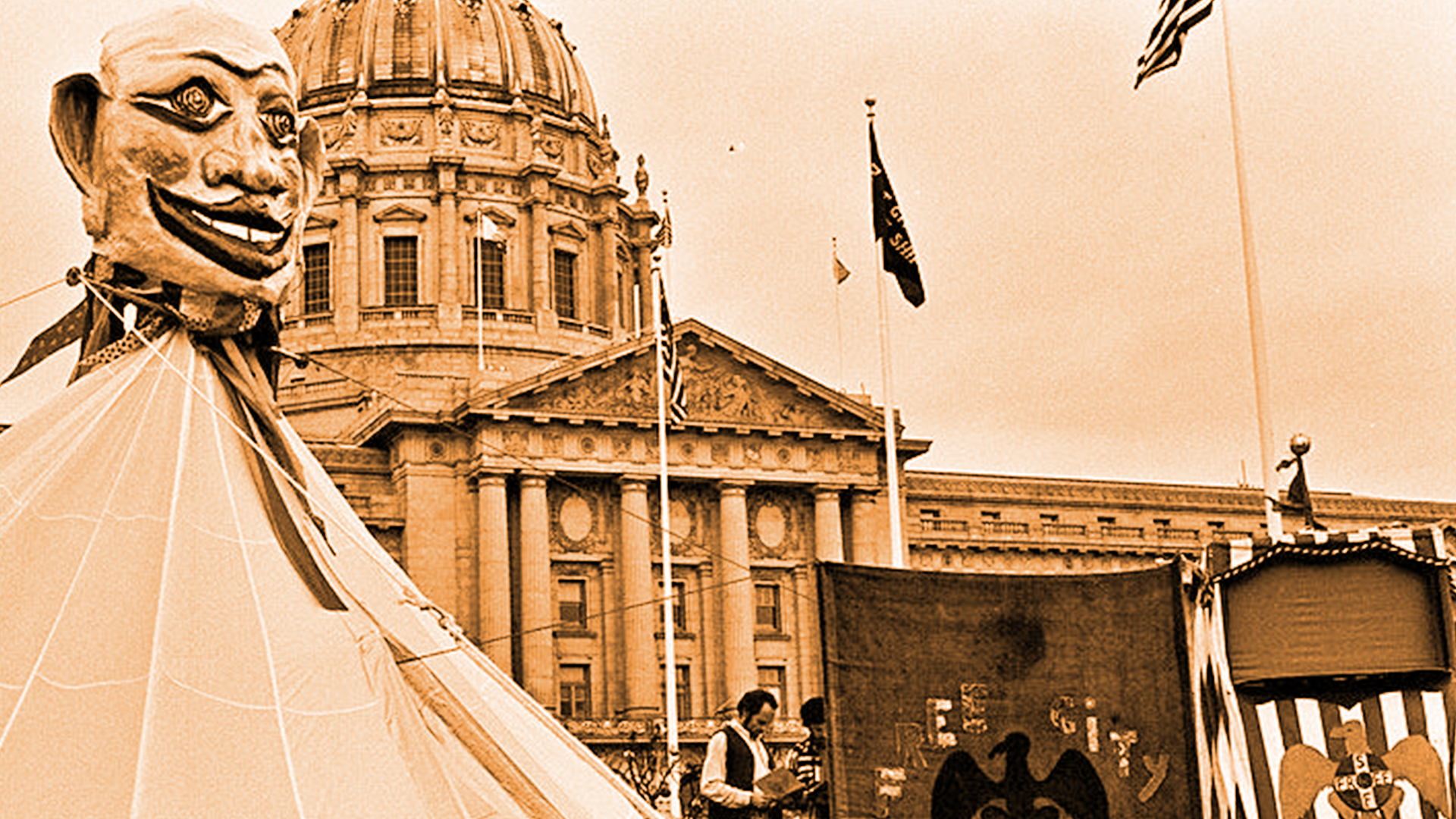 Halloween 1966: The End of One Era, and the Beginning of Another

Halloween in 1966 was a significant day in the march towards the Summer of Love in 1967. Two significant events went down in San Francisco. Read more below.

Halloween in 1966 was a significant day in the march towards the Summer of Love in 1967. Two significant events happened.

First, the Diggers had one of its first significant public displays of activity. On Halloween day, the radical collective that recently had branched off from the San Francisco Mime Troupe staged the Full Moon Public Celebration at the intersection of Haight and Ashbury Streets. At 5:30 p.m. they installed the Frame of Reference on a street corner, and distributed about 75 smaller frames with attached neck straps so participants could look at the happening through their own frames of reference. The oversized Frame was complemented by 8-foot-tall puppets controlled by Diggers that performed an ad lib play called “Any Fool on the Street.” Then, spectators were asked to play the Intersection Game to claim ownership of the streets–clogging Haight Street.Curious commuters disembarked from buses and abandoned their cars in the street to join the fun. Some 600 people took part in the effort, which drew several cop cars. The puppeteers and and three Diggers were arrested. The coming weeks would only bring more public efforts from the Diggers and its followers, including a major effort in December. 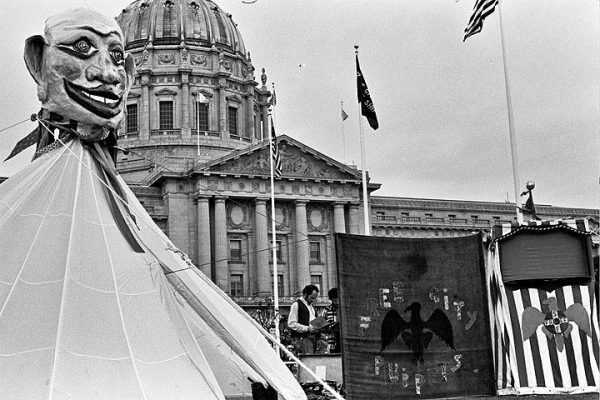 But the day marked the ends of sorts of another era as Ken Kesey and his Merry Pranksters held the last of their “Acid Tests” with an Acid Test Graduation on Halloween night, 1966. The event was originally supposed to take place at the Winterland Ballroom, but promoter Bill Graham (who rented the Ballroom at the time) cancelled the event. Instead the Grateful Dead (listed on the posted) played at the California Hall that night, and Kesey and his followers held their event at a warehouse in San Francisco’s SoMa district. The event was only a moderate success, and with the Haight-Ashbury neighborhood’s momentum building, the “Acid Test” era (a colorful one that bridged the ‘Beat’ era and the Hippie era) came to close. This past weekend in Oregon, many of the original Merry Pranksters came together to honor the final graduation ceremony. Read more, here. 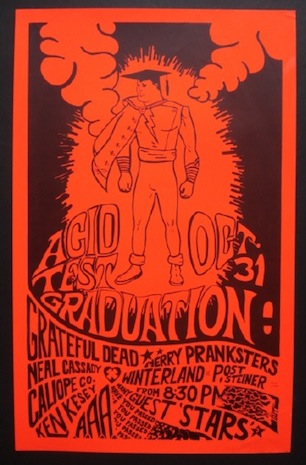