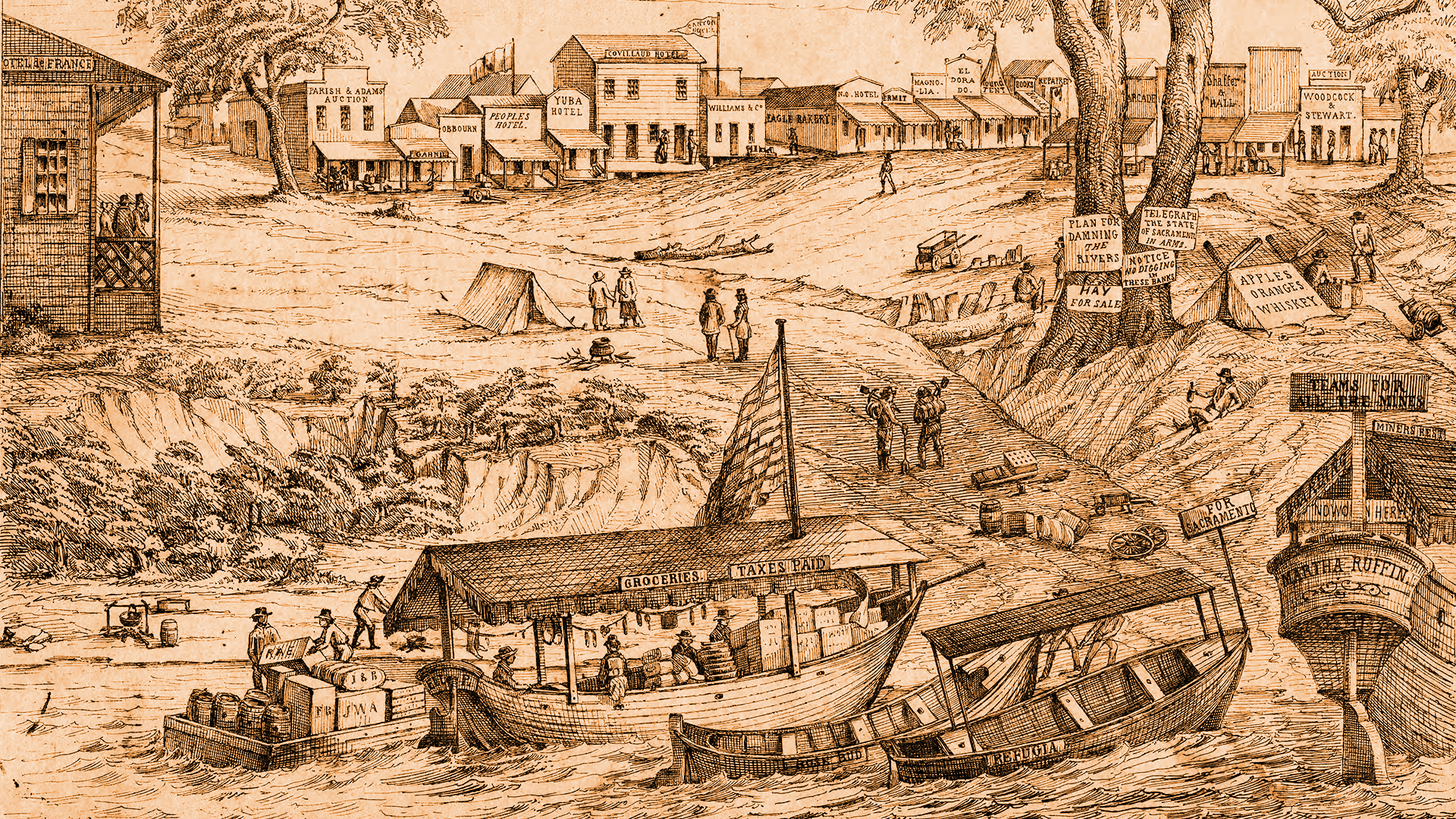 Grafton Tyler Brown and the Art of Lithography

Deriving from the Latin words lithos (stone) and graphein (write), lithography is one of several printmaking techniques, useful for both fine art and commercial printing. The ability to make multiple prints of a single design or artwork made printmaking immensely popular among early commercial illustrators.

Lithography was introduced to the East Coast of the United States from Europe in 1819. When gold was discovered in California in 1848, it triggered one of the largest migrations in US history; in just a few years the population of the West Coast grew by hundreds of thousands. Lithographic publishing houses sprang up in San Francisco, producing so-called broadsides (news sheets) that kept newcomers abreast of the latest news and events. They also popularized the “pictorial lettersheet,” a form of stationery; people in California handwrote letters on paper bearing dramatic scenes of life in California and mailed them back East to their loved ones. As cities, towns, and settlements up and down the state continued to grow, lithographers documented them in the form of postcards and beautifully illustrated maps. And as businesses flourished, lithographers were in demand to create stock certificates, trade cards, advertisements, and the like.[1]

By the 1860s, the success of San Francisco printing houses such Kuchel & Dresel and Britton & Rey supported a skilled community of artists, lithographers, and printers. Among them was a young man named Grafton Tyler Brown.

Brown was born on February 22, 1841, to Thomas and Wilhelmina Brown, two free Blacks who had left the slave state of Maryland in 1837 for the free state of Pennsylvania.[2] In 1858, the teenaged Brown moved to California, settling in Sacramento at the same time that Archy Lee, a young enslaved Black man who had been brought to California from the South, was waging a legal battle for his freedom that went all the way to the federal courts. Although technically a “free” state, at the time of Brown’s arrival, Blacks were not allowed to testify in court in California. Nor could they ride street railcars. They were ineligible for citizenship, and could only attend segregated schools.

After a couple of years, Brown moved to San Francisco and, despite a lack of formal training, was hired by established lithographer Charles Conrad Kuchel. Whether by accident or intentionally, the 1861 San Francisco city directory did not list Brown as “colored,” enabling him to pass as white in his new life and advance in his new trade. After Kuchel died, Brown purchased his former employer’s tools and accounts, and opened up his own lithography business, G.T. Brown & Co. He was just twenty-four years old.

Brown’s recognition as a talented lithographer has been a long time coming, an omission that “can be linked to both his race and his chosen art form,” writes Robert J. Chandler in his book San Francisco Lithographer: African American Artist Grafton Tyler Brown (2014). For a very long time, lithography was considered merely commercial art—too “democratic” to be taken seriously by art historians.

Brown is now acknowledged and remembered as an important ­cartographer, lithographer, and landscape painter. His works are housed in archives in Victoria, British Columbia; Tacoma, Washington; and California, including at the California Historical Society.

[1] See Catherine Hoover and Robert Sawchuck, “‘From the Place We Hear About…’: A Descriptive Checklist of Pictorial Lithographs and Letter Sheets in the CHS Collection,” California Historical Quarterly 56, no. 4 (Winter 1977–78): 346–67.