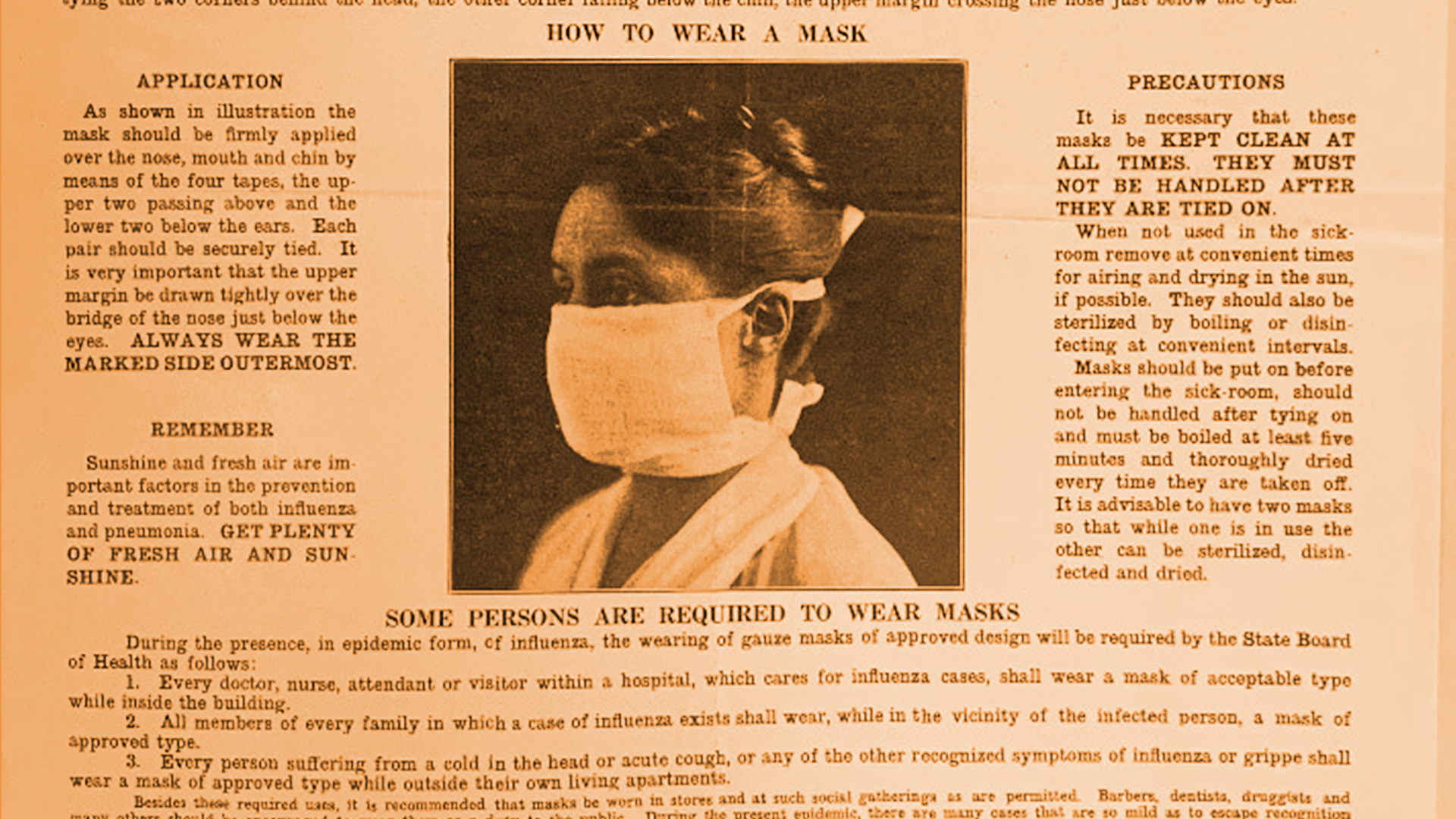 From the Archives: The 1918 Pandemic

In the spring of 1918, while the United States was fighting World War I in Europe, the country faced a different war on the home front: the emergence of a deadly strain of influenza known as the Spanish flu. First identified in the United States in military personnel, the pandemic spread worldwide during that year and the next. By the end, an estimated five hundred million people, or one-third of the global population, became infected.

James Rolph Jr., mayor of San Francisco at the time, dealt with many issues and events during his long tenure from 1912 to 1931, but the Spanish flu was perhaps his first real test as mayor. Reactions and responses to the pandemic by government officials, the city’s business community, and San Francisco residents are documented in his papers and other collections held at the California Historical Society. In these boxes we find details of the city’s efforts, under the direction of Dr. William Hassler, chief of San Francisco’s Board of Health, to understand and fight the epidemic.

With more than seven thousand cases documented in San Francisco by October 1918, Rolph announced that “conscience, patriotism and self-protection demand immediate and rigid compliance” with mask wearing. The first mask ordinance expired on November 21, but less than a month later, facing a second wave of the epidemic, it was reissued. This second ordinance ignited large-scale defiance, with arguments ranging from masks being unhygienic and an infringement on an individuals’ civil liberties to the idea that, as mentioned in the broadside above, “it puts out of sight our young girls.” An Anti-Mask League sprang up under the leadership of Mrs. E. C. Harrington, a social activist and political opponent of the mayor. On board were several prominent physicians and two members of the Board of Supervisors.

Many vaccines were developed and used during the 1918–19 pandemic. The Leary vaccine mentioned in Rolph’s telegram of October 31, 1918 (below) was named after Timothy Leary, professor of bacteriology and pathology at Tufts University School of Medicine (not to be confused with the psychologist and psychedelic advocate Timothy Leary!). Leary promoted his vaccine as both a preventive of and a treatment for influenza, and at least eighteen thousand doses were sent to San Francisco. It was not until the 1930s that researchers established that influenza was caused by a virus, not a bacterium, meaning that Leary’s vaccine would not have been effective in stopping it. The pandemic came to an end around the summer of 1919, when all of those infected had either died or developed immunity.

These and other materials related to the 1918 pandemic are on display at the California Historical Society, now open Thursday through Saturday, noon to 5 p.m.