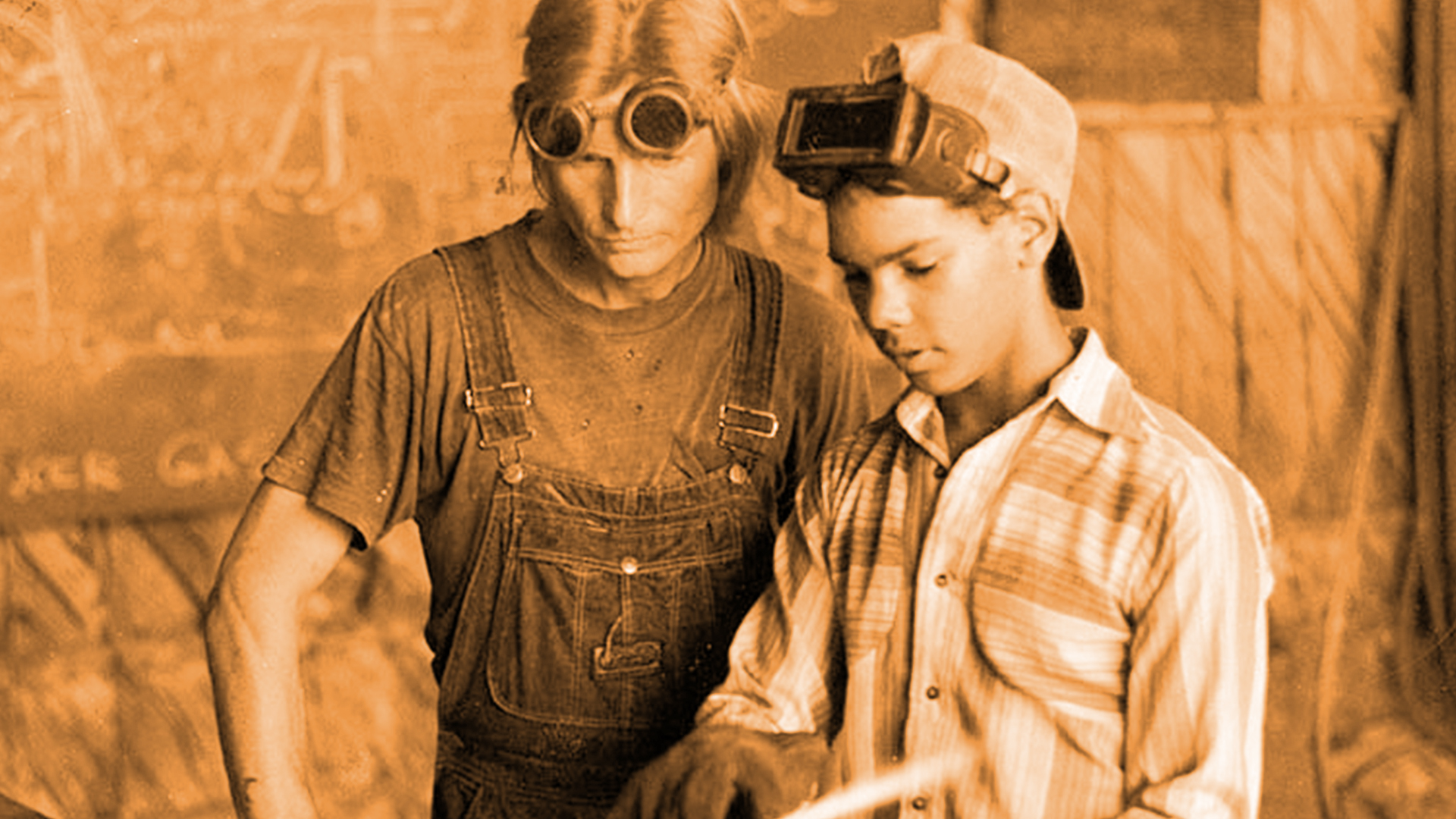 Archives are full of poisons. I used to work in the archives of a medical hospital where we kept a jar for making radium water, and where someone once casually sent my boss a bag of insulation pads dusty with old asbestos. But even without drugs and decaying industrial matter, many materials become dangerous as they age. Archivists can tell that old film is dangerously deteriorating by its distinctive smell of vinegar (actually corrosive acetic acid), and many plastics start to off-gas and turn brittle within a human lifetime.

The materials in the collection we’re processing right now—Peoples Temple photographs and documents—are no exception. Some photo negatives have turned acidic, and most of the rest are encased in fragile plastic which in the worst cases is permanently stuck to the images underneath.

We can avert this decay by putting the photos into new, safer plastic sleeves. This is how we will spend the first few weeks of our time with these twenty thousand images: carefully cutting apart brittle plastic to rescue the photos and give them safe homes.

In the context of the Peoples Temple, I see this as powerfully symbolic of what archivists do. We are removing the poison from the collection. We are making it safe for people to look at. Trauma is radioactive—it has a half-life—but by taking these slides from their rusted paperclips and decaying binders, we can clean up the damaged soil so that something can grow again.

What do I hope will grow? Personally, I hope that these images will present a broader image of the Temple than the usual tight focus on Jim Jones. These photographs were taken and compiled by the Temple’s Publications Department, so there’s quite a bit here that was intended to honor Jones, but they also show the rank upon rank of passionate, intelligent people who felt inspired by the Temple to be their best selves. Bus trips, ecstatic church services, the first joyous work on the utopian colony of Jonestown—these images show us Temple life outside of the rusty and jagged boundaries of Jones’ mind, even as he was already planning on some level for the ultimate act of control.

Many of the photos are of marginalized people, especially the African Americans who were inspired by the charged Temple atmosphere to build a new world in Guyana. The most familiar images of Jonestown are of corpses. In these images, we see living people, idealists who had stories to tell that weren’t about Jones, and who were able to empower themselves with the stories he told—about faith, about politics.

He betrayed them, of course. He weaponized appropriation, he played on the despair of marginalized people but stole their hope for himself, and he talked without listening. What I hope to do, by rescuing these photos from their poisonous clothing, is to create an archive of images that reverses those sentences: “They were betrayed, of course. Their faith and their despair and their hope was stolen, was appropriated. They were spoken to and never listened to.” Reversing a sentence this way makes it less grammatical, but sometimes more honest. In the search for reparative justice, the object—the person who is made an object by another—is more important than the subject.

Let’s not forget Jones. We know what he thought about those who forget history; that was one of his late lucid moments. But let’s remember something bigger, something airier, something that lets the poison disperse into a more generous sky. Let’s remember Christine Miller, who passionately protested the killings at Jonestown, and who once faced down a gun-wielding Jones by saying, “You can shoot me, but you will respect me.” Let’s remember Ever Rejoicing, former follower of Father Divine, who lived for ninety-seven years before dying (not “only to die”) at Jonestown. Let’s remember the survivors—Monika Bagby, Christopher Keith O’Neal, Al and Jeannie Mills—who lived past 1978, but did not live long lives. And of course, let’s listen to the survivors who did, like Yulanda D.A. Williams, who electrified us on November 7th (when CHS hosted a panel discussion exploring the complex ways Peoples Temple was interconnected with and influenced by social, cultural, and political movements occurring at the time of its existence)with her testimony about cultism in America. Let’s listen to what the victims and the survivors have said. Let’s release the poison.
—
This blog was written by Isaac R. Fellman, CHS’s Project Archivist to the Peoples Temple collection
X