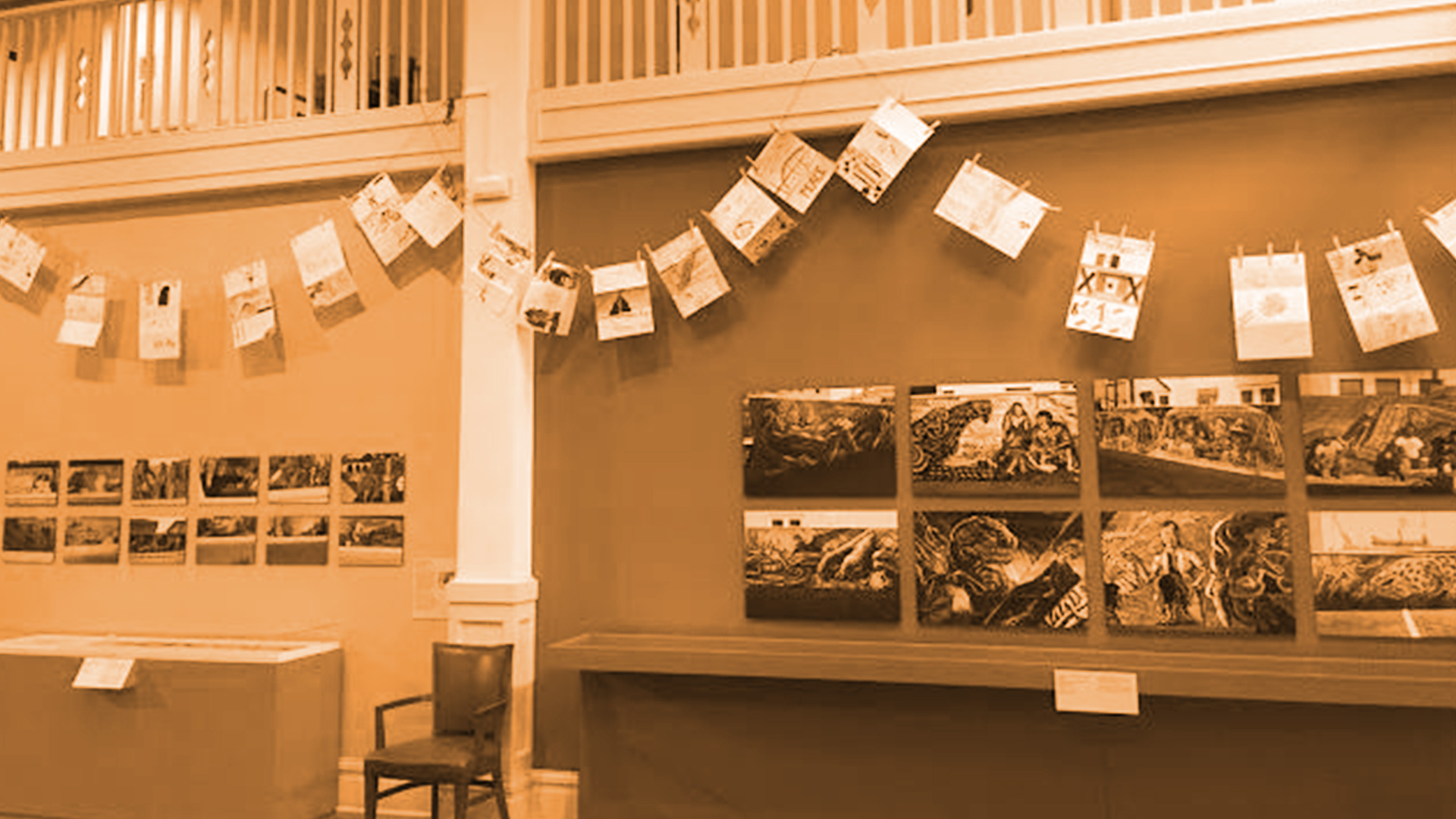 Most good ideas, the ones that last long enough to be executed, are birthed through trial and error. That was what the Exquisite Mural Project was – hard work, laden with questions that needed to be answered, but ultimately a product of love. It was born out of a desire to share the exhibition Murales Rebeldes: L. A. Chicana/o Murals Under Siege (co-produced with LA Plaza de Cultura y Artes), with young people, to help forge connections between lost and disappearing murals in Los Angeles and muralism in San Francisco, and to always emphasizing that each individual could be and is an artist in his/her/their own right.

Most good ideas, the ones that last long enough to be executed, are birthed through trial and error. That was what the Exquisite Mural Project was – hard work, laden with questions that needed to be answered, but ultimately a product of love. It was born out of a desire to share the exhibition Murales Rebeldes: L. A. Chicana/o Murals Under Siege (co-produced with LA Plaza de Cultura y Artes), with young people, to help forge connections between lost and disappearing murals in Los Angeles and muralism in San Francisco, and to always emphasizing that each individual could be and is an artist in his/her/their own right.

It began with the surrealist parlor game Exquisite Corpse. Exquisite Corpse is played with a piece of paper folded (portrait style) into thirds. One person draws the top portion, another draws the middle, and the final person completes the bottom portion. The surprise is that no one can see what the prior person drew, so when it is completed, an oftentimes wild and hilarious image is produced. Jessica Hough, CHS’s Director of Exhibitions, loved the game and told me about how artists like Diego Rivera and Frida Kahlo played it, albeit in a much more tongue in cheek way. Drawing from that concept, I thought it would be really fun to take a large piece of paper, fold it (landscape style) into thirds and have different students, artists, friends, and colleagues join in. The final “exquisite mural” piece would have three different people communicating across it, from different times, different locations, and perhaps without ever meeting each other. It was exciting to think of what connections, disconnections, and continuities might appear. Thus, The Exquisite Mural Project was born! That was the idea.

All good ideas face the challenge of execution. Who would do it? How would we do it? What if it didn’t work? What if the kids didn’t understand the concept? These questions helped us develop the the project and avoid many pitfalls, but not all of them! I began to work with my colleagues at CHS to identify after school and summer programs we might collaborate with. I immediately thought of Mission Beacon, an after-school summer program that we have worked with in the past. Another colleague suggested Jamestown and introduced me to his contact there. We were on our way to the answer of one of our questions: who would do it?

In order to figure out how the project would work, several CHS staff members from different departments came together to share ideas and concepts. Each person presented a few options and we even brought in an outside arts educator who offered great feedback and ideas. Finally, we devised the process: sites and site supervisors would be informed of the project ahead of time and would be sent examples of completed Exquisite Murals, in order to prepare them for the project and a visit to CHS. Groups of students would come to CHS, where they would meet a docent who would engage them in a discussion about muralism, graffiti, and the public art in their own communities. The group would then have a conversation with the docent inside the exhibition galleries about concepts embedded in the murals and stories on display: the Chicano Movement, social activism, art making, and preservation. Finally, they would sit down with snacks, be taught the “exquisite mural” concept, and create their own piece of art.

Once we had the project concepts nailed down, I elicited feedback from staff at Mission Beacon and Jamestown  to ensure that the project would work well with their students. I learned that it was essential to have docents that spoke Spanish as well as English, that the kids receive snacks, and that the trip be several hours long. They also made suggestions as to how to engage the students with the content. I took that feedback and incorporated it into the project.

We decided to do a test-run of the project shortly after the opening of Murales Rebeldes in San Francisco in April. Barbara Carrasco, one of the exhibition’s featured artists, was in town, and was eager to participate. We learned a lot from the trial run, including the importance of language skills, and that every group was unique and required flexibility.

One of the first changes that we made was involving Erik Zuniga, who works at CHS as a Guest Concierge. Erik had expressed interest in the exhibition, is originally from Los Angeles, and is bi-lingual. After Erik confirmed his availability, we discussed the types of questions we might ask the kids and devised strategies to engage them if they strayed from the content or became bored. We continued to re-work the tour and after each one, discussed new strategies and questions to pose. Towards the end, Erik independently devised methods that were successful with the younger kids. So much of the project involved circling back, occasionally abandoning old processes for new ones, and not being too hard on ourselves when things did not go as planned. I reminded myself, Erik, and others that keeping it simple and being flexible would be our constant friends during this process. Those two ideas stayed with us through the project’s four months.

So, what came of all of this? We served 250 individuals from after school and summer camp groups from Mission Beacon and Jamestown between April and July, and brought the project to the Oakland Museum of California to serve another 100 people, bringing our total reach to 350. We also hosted tours from schools across San Francisco, Dewitt Anderson School, and a Mission dance group, among others. With hundreds of kids inspired by the exhibition and now aware of its message, we could step back and be proud of the work.

What did we learn? We learned to reach out and collaborate, take suggestions and try out new ideas, utilize our strengths, and think positively in challenging moments. Lastly, we learned to expand and contract the project based on our needs as well as those of  the group. Erik also developed new skills, and got to work with muralists from Los Angeles and San Francisco.

I look back at this project with great fondness and am reminded of what it taught me: that if you have a good idea, remember to think about how to execute it and do that thinking with all the people involved. With collaboration as your shining light and your foundation, you can never go wrong.

Watch a video of our Exquisite Mural celebration and poetry reading: