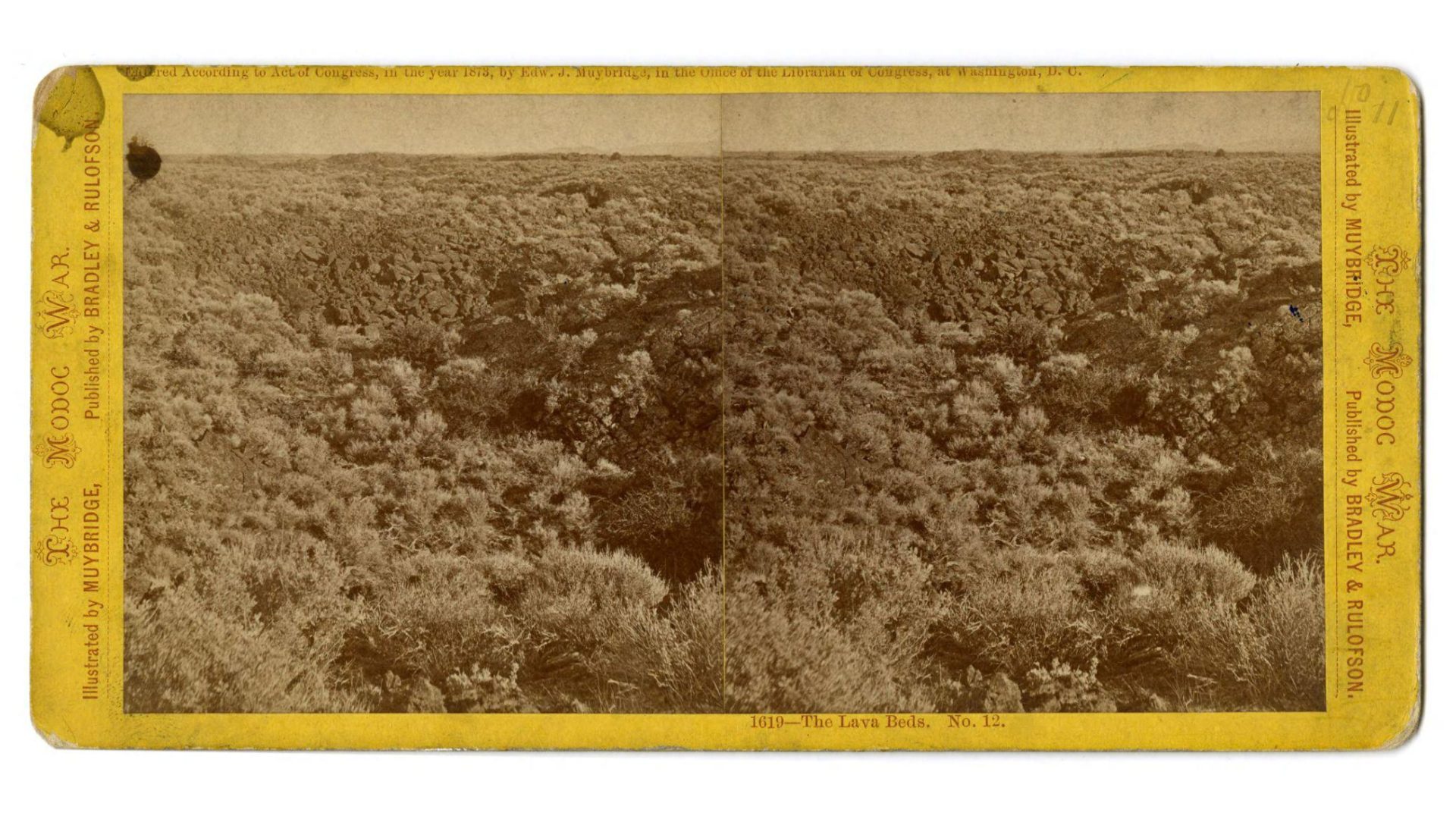 For Native Americans, History, Like a River, Runs Deep

The Modoc War was the only major Native American war fought in California. Much of the war was centered around Captain Jack’s Stronghold, a natural lava fortress characterized by deep trenches and small caves named for the Modocs’ war leader Keintpoos, or Captain Jack as he was known to the settlers. The multiple designations bestowed on the area speak to its complicated past. 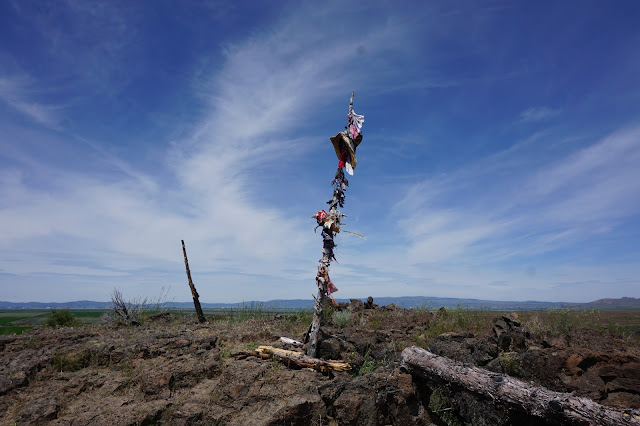 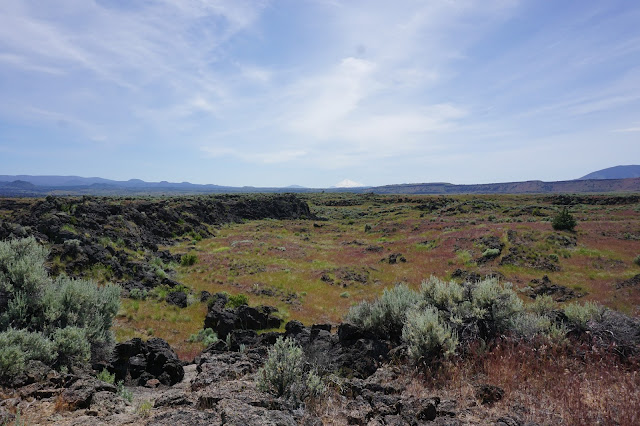 Lava Beds National Monument, 2016
Photo courtesy Alison Moore
The landscape that trips up modern hikers is also the ancestral territory of the Modoc people, and remains a sacred place for the tribe. During the Modoc War of 1872–73 the most challenging area of this landscape provided haven to a group of Modoc Indians engaged in battle with federal troops. Captain Jack’s Stronghold, one designated area of the monument, is the site of deep natural depressions, rock walls, and lava caves that became temporary homes for about 60 Modoc men and their families seeking escape from the troops during the five-month standoff. 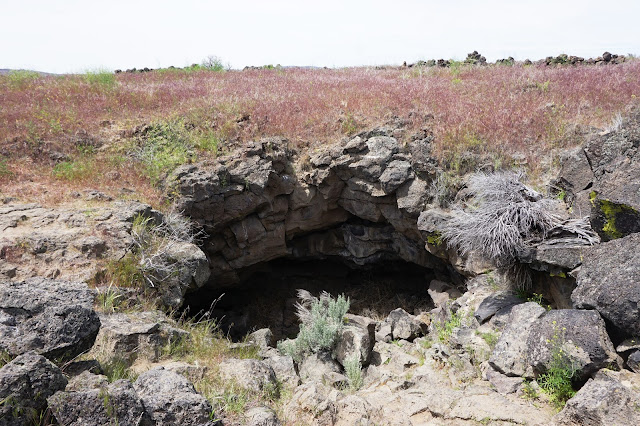 Captain Jack’s Cave, Lava Beds National Monument, 2016
Photo courtesy Alison Moore
In a situation reminiscent of countless tragic clashes between native peoples and encroaching settlers, the Modocs, led by Kintpuash, also known as Captain Jack, returned to their homeland on the shores of Tule Lake after living nearly a decade on a reservation in southern Oregon. In 1872 the government attempted to push them back to the reservation, and when the Modocs refused, the opening battle of the Modoc War ensued. The war came to a bitter end in the spring of 1873 after negotiations between a peace commission and the Modocs failed and a well-known Civil War general, E. S. Canby, was killed, the only general to be killed in the so-called Indian Wars. 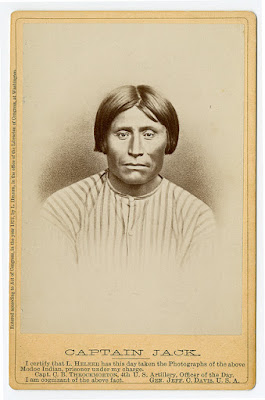 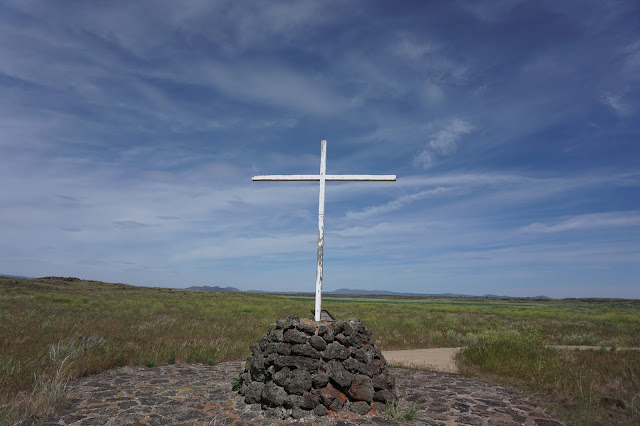 Canby’s Cross, Lava Beds National Monument, 2016
Photo courtesy Alison Moore
Ultimately all of those who had escaped capture among the lava beds were arrested, and the leaders, Captain Jack included, were put to death in October of 1873. Years of treaties signed and treaties abrogated leading up to Canby’s murder led to the circumstances that found native peoples strangers in their own lands. 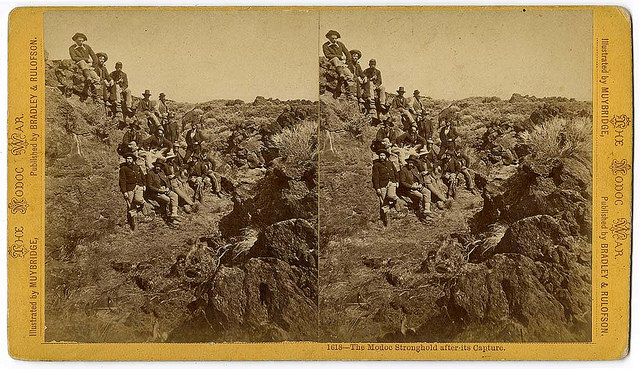 Eadweard Muybridge (Photographer), The Modoc Stronghold after Its Capture, Lava Beds National Monument, 1873
California Historical Society
Recent events in North Dakota near the reservation of the Standing Rock Sioux Tribe mirror the human history at Lava Beds. In a New York Times story on protests over a pipeline seen as encroaching on sacred native lands, residents recall a long history of destruction of their lands and communities, first by their burial under a reservoir and then by excavation for the pipeline:
Verna Bailey stared into the silvery ripples of a man-made lake, looking for the spot where she was born. “Out there,” she said, pointing to the water. “I lived down there with my grandmother and grandfather. We had a community there. Now it’s all gone.”
History, like a river, runs deep here. And residents like Ms. Bailey say the pipeline battle has dredged up old memories and feelings about lost lands and broken treaties with the United States government, as well as their worries about the future of land and water they hold sacred. 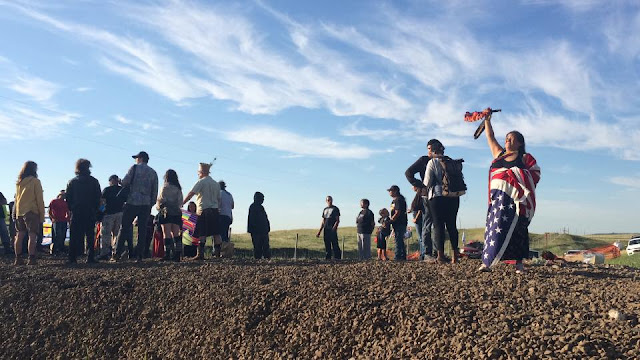 Standing Rock Controversy, North Dakota, 2016
Photo courtesy No Dakota Access
Like North Dakota, the landscape at Lava Beds is intertwined with the lives of the many tribes that called the area home. Petroglyph Point is a large rocky outcropping, or tuff, which arose from the waters of Tule Lake about 275,000 years ago. It gets its name from the numerous native carvings found on the face of the cliff—one of the largest panels of native rock art in the country.
At one time, the waters of Tule Lake surrounded this piece of land and Indians would moor their boats to its base, carving drawings into the rock at the waterline. Between 1904 and 1970 a series of federal irrigation projects reduced Tule Lake to a fraction of its natural size, turning this former island into the landlocked hunk of rock seen below. Water remains a contentious issue in the Klamath Basin today. The drawings remain an enduring symbol of the native community that once thrived here. 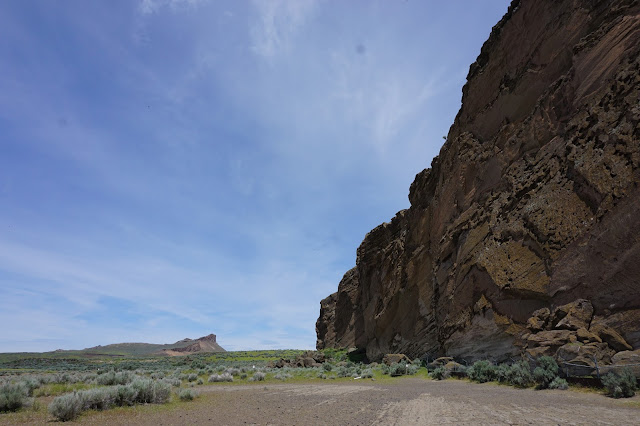 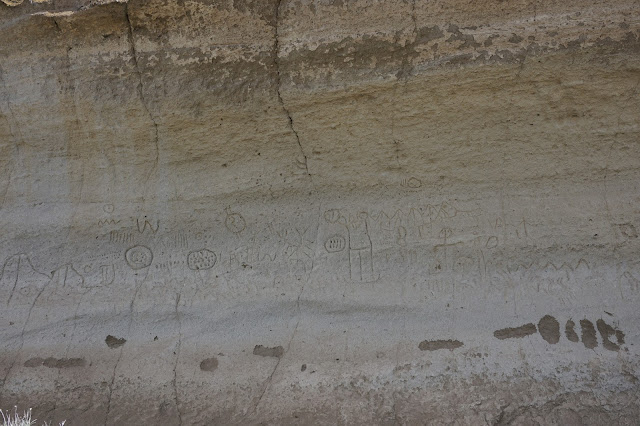 With Mt. Shasta as a backdrop, and the waters of Tule Lake a haven for birds and other wildlife (it is part of the Pacific Flyway), this was once fertile ground for native people and wildlife alike.
The multiple designations bestowed on the area speak to its complicated past: Lava Beds was designated a National Monument in 1925; a portion of the Monument became a National Wilderness Area on October 13, 1972; and the area became a part of the National Register of Historic Places in 1991.
This area—at the southern boundary of the Cascades and the edge of the Modoc Plateau – has much to offer wilderness tourists. On a recent June day, visitors had the monument – adorned with wildflowers, grasses, and stunning vistas – nearly to themselves, the ghosts of the past in evidence along the lava-strewn paths. 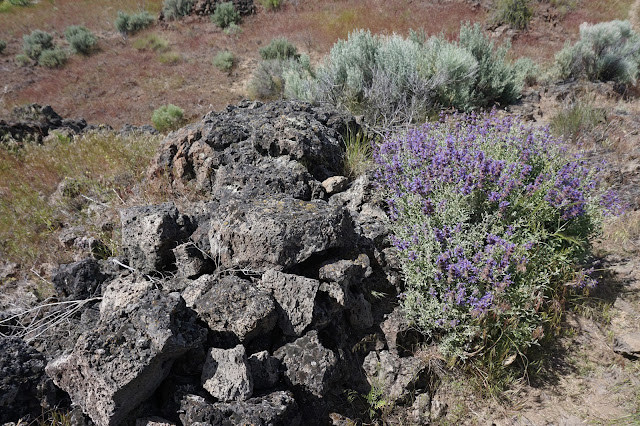 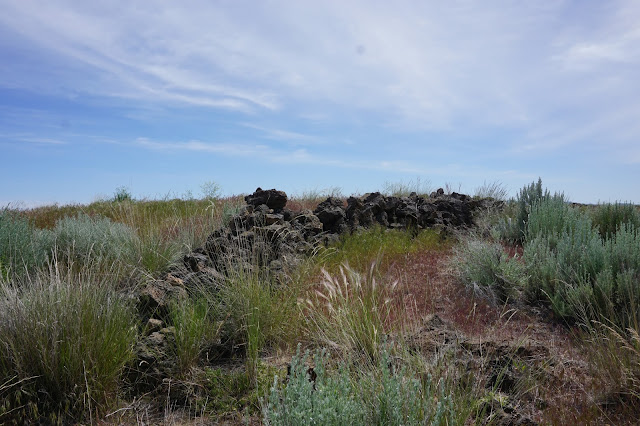 Today the native peoples of the Klamath Basin speak poignantly of their long spiritual ties to the land of southern Oregon and northern California. As part of the California Historical Society’s current exhibition on the Modoc War and the contemporary native people of the area, a number of tribal members were interviewed by StoryCorps. As some recompense for a long and fraught history with the federal government, the words and voices of the Klamath people now have a permanent home in Washington, D.C. at the Library of Congress. 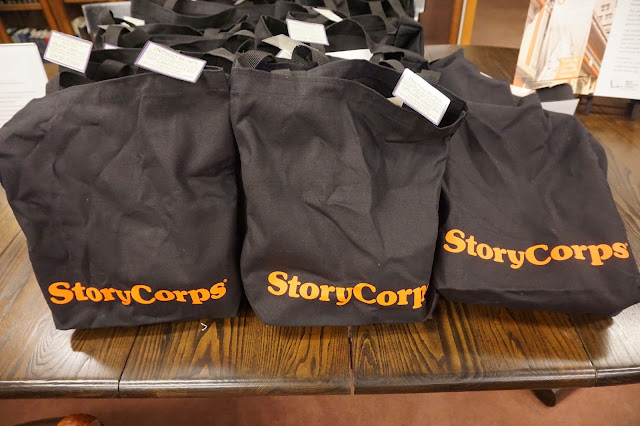 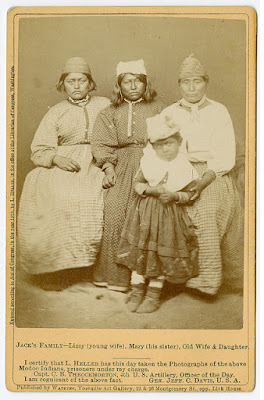 Native Portraits: Contemporary Tintypes by Ed Drew features portraits of members of the Klamath, Modoc, and Pit River Paiute tribes, some of them descendants of Modoc War survivors. A selection of Modoc War images by Eadweard J. Muybridge and Louis H. Heller from the California Historical Society collection are some of the objects displayed in Sensationalist Portrayal of the Modoc War, 1872–73.
http://www.californiahistoricalsociety.org/exhibitions/current_exhibitions.
X