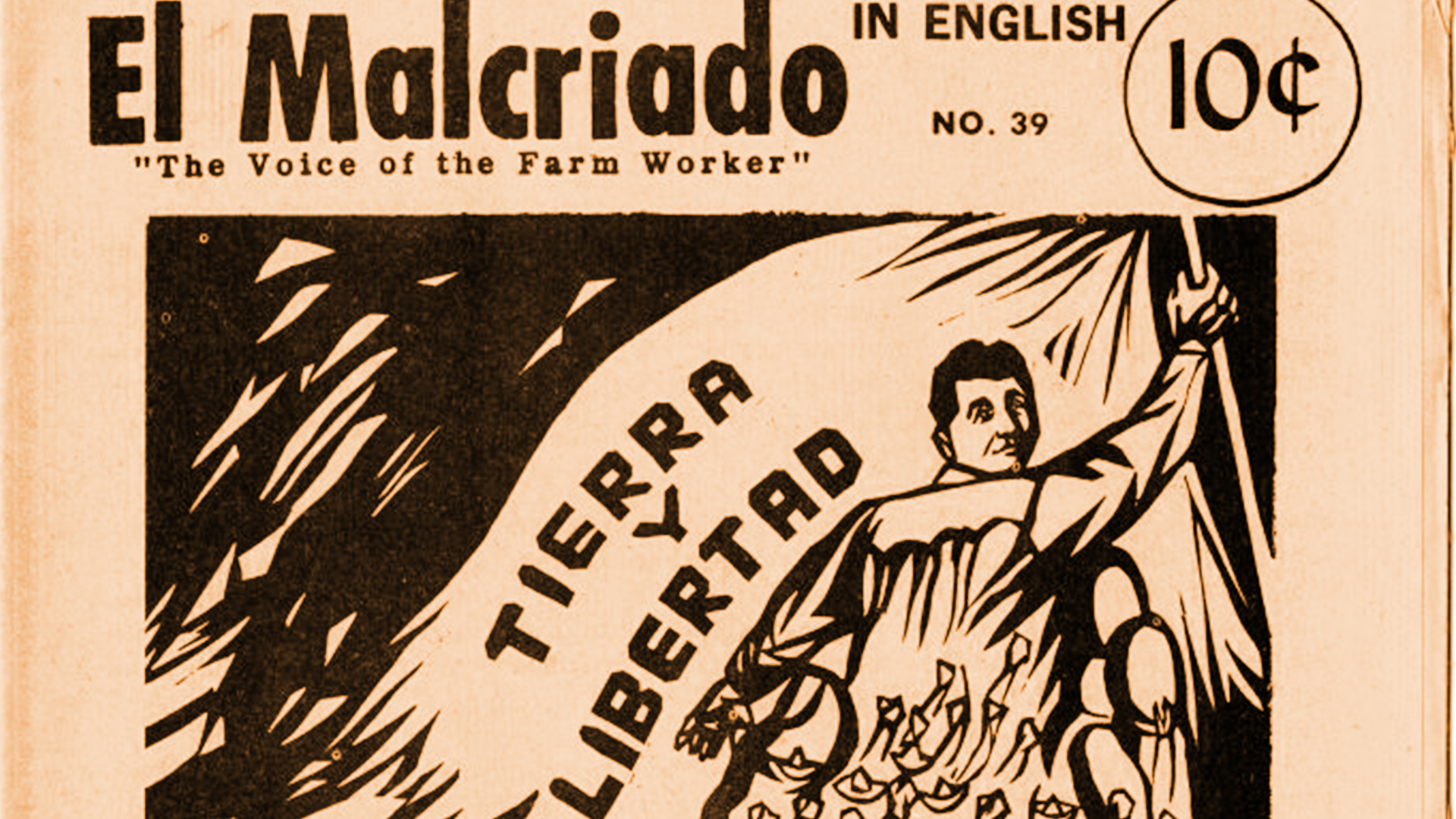 By Al Bersch and Frances Kaplan

The California Social, Protest, and Counterculture Movement Ephemera Collection, 1965-1980, at the California Historical Society comprises ephemera related to social, protest, and counterculture movements throughout California. The collection of flyers, brochures, announcements, newsletters, advertisements, and newspapers includes many related to Mexican American farmworker’s fight for labor rights. A selection of these are featured in this blog.

The California Social, Protest, and Counterculture Movement Ephemera Collection, 1965-1980, at the California Historical Society comprises ephemera related to social, protest, and counterculture movements throughout California. The collection of flyers, brochures, announcements, newsletters, advertisements, and newspapers includes many related to Mexican American farmworker’s fight for labor rights. A selection of these are featured here:

In 1962, César Chávez, Dolores Huerta, Gilbert Padilla, and other early labor activists and organizers cofounded the National Farm Workers Association (NFWA).  Defending workers against exploitation and discrimination, they organized strikes, boycotts, marches, and rallies—demanding improved pay, treatment, and working conditions for farmworkers.[1] A few years later, Filipino American grape workers and members of the Agricultural Workers Organizing Committee (AWOC) walked out on strike against Delano-area grape growers, protesting poor pay and work conditions. Recognizing the power of working together, Chávez and the leaders of the NFWA voted in 1966 to join the Filipino farmworkers of the AWOC, and established the United Farm Workers (UFW).

El Malcriado, founded by César Chávez, was first published in Spanish in early 1965 by The Farm Worker Press. The name “El Malcriado” is said to have been taken from a radical newspaper produced in Mexico during the Revolutionary Period.[2] The paper’s independence from the National Farm Workers Association in its early stages cushioned the union against criticism of the newspaper’s radical rhetoric. It wasn’t for over a year that El Malcriado became the official paper of the association.[3]

César Chávez and Bill Esher, first editor of El Malcriado, were admirers of revolutionary art that came out of the Mexican Revolution. Early on, César Chávez asked Chicano artist Andrew Zermeño to create illustrations for the newspaper. His woodcuts and pen and-ink art forms can be seen frequently in its pages. Over the years, Zermeño created hundreds of original drawings and prints for El Malcriado, as well as other graphic design works that supported the union’s cause.

The Taller de Gráfica Popular (Popular Graphic Arts Workshop), commonly known as the TGP, was established in Mexico City in 1937 by artists Leopoldo Méndez, Luis Arenal, Raúl Anguiano, and Pablo O’Higgins. Throughout the 1930s and 1940s they were prolific in their production of posters, prints, and other illustrations, commonly using wood-and linoleum-block prints. The works “expose the exploitation of the poor, attack the abuse of peasant rights, criticize the land-ownership system, and denounce European fascism and United States imperialism.”[4]

Founded in 1965, El Teatro Campesino began with short performances to audiences of farmworkers in California’s central valley—the front lines of the fight for labor rights in the grape fields. In the early years, all of the actors were farm workers and the company created and performed “actos” or short skits on flatbed trucks and in union halls, dramatizing the plight and cause of the farmworkers.[5]