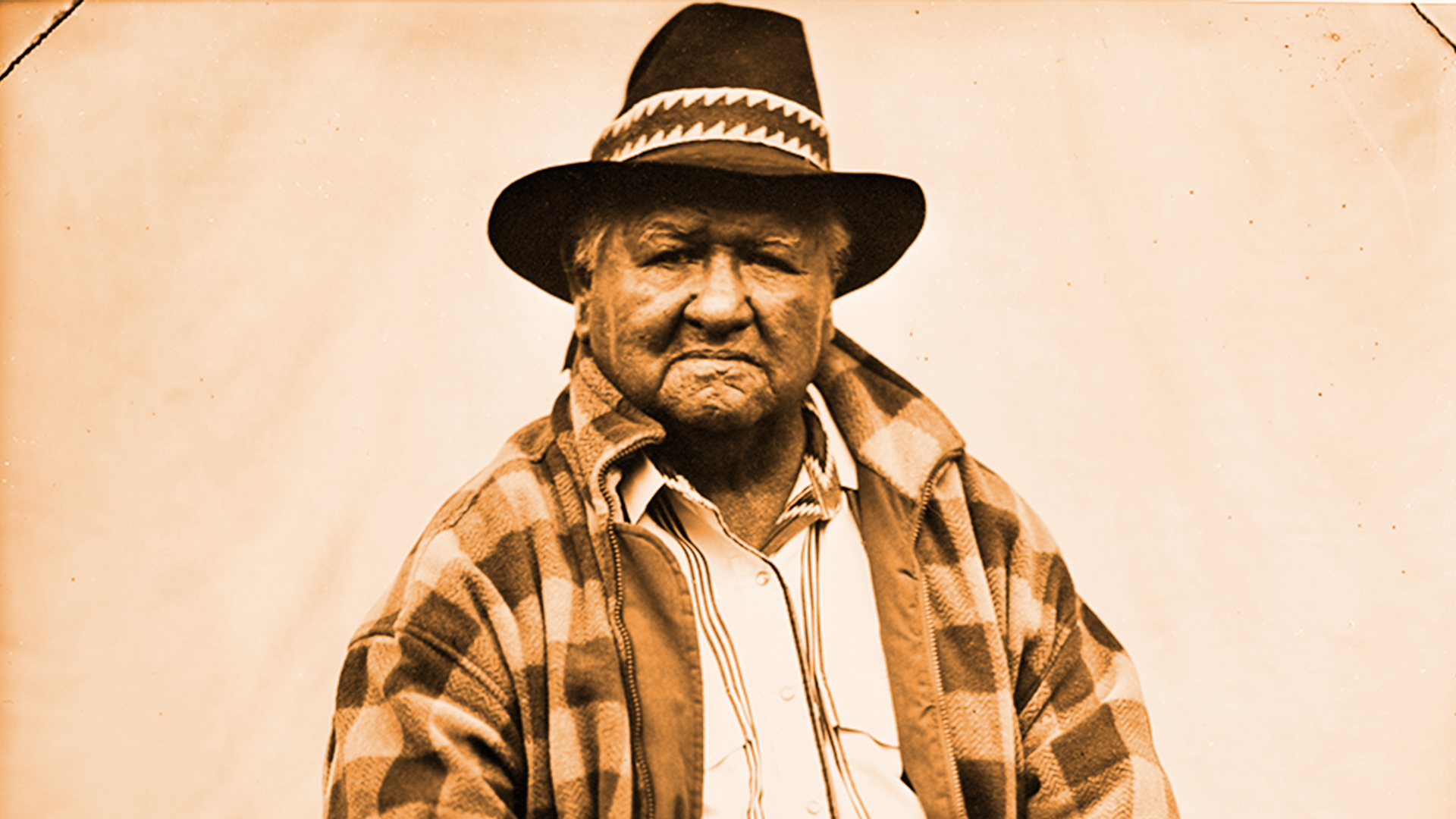 November is Native American Heritage Month and CHS is honoring Indigenous stories from our collection, as gathered by CHS staff members in collaboration with Cliff Trafzer, Distinguished Professor of History, Rupert Costo Chair in American Indian Affairs at UC Riverside, and CHS Board of Trustees member.

Beginning in November 1872, a small band of Modoc Indians led by a man known as Captain Jack (Kintpuash) held off a US Army attack for nearly six months. The protracted confrontation occurred in what is today Lava Beds National Monument, just below California’s northern border. The land was, and continues to be, sacred to the Modoc people, a group of autonomous villages that share a culture and a language. Following an 1864 treaty, the Modocs had been living alongside the Klamath and other tribes on a reservation in southern Oregon. By 1870, conditions at the reservation had deteriorated and the Modocs returned to their ancestral land. Federal troops from Fort Klamath attempted to push them back to the reservation after receiving complaints from some settlers. The Modocs refused to abandon their homeland again, and war erupted. A group of about sixty Modoc men and their families retreated to their traditional site of refuge in the lava beds, which became the scene of a series of battles, nearly all of which the Modocs won, despite being substantially outnumbered and outgunned, by using the landscape to their advantage.

As news of the Modoc War spread, Captain Jack and his band became folk heroes. The public was captivated by what must have seemed a colorful cast of characters and their uncanny ability to thwart government forces. When they were finally taken into custody, and some of them sentenced to death, a market emerged for mementos of the men. Yreka photographer Louis Herman Heller (American, 1839–1928), one of the first to document the battlefields, visited the imprisoned Modocs in their jail cells. His portraits were printed in mass quantities by Carleton Watkins’s San Francisco gallery and sold for four dollars a dozen as cabinet cards (collectible photographs that often pictured celebrities or people of interest). Printed on each mount was a statement by the officer guarding the prisoners certifying the authenticity of the photograph.

This photograph depicts American Indian students, teacher, and assistants in the shade of a  tree at the Mission School on the Pala Indian Reservation. of Northern San Diego County. In 1816, priests of San Luis Rey Mission established the San Antonio de Pala Asistencia along the upper reaches of the San Luis Rey River, and selected Father Antonio Peyrí to oversee the Asistencia and a school for Native American children. In January 1852, leaders from the Pala village met American Treaty Commissioner Oliver Wozencraft near present-day Temecula, California, to sign a treaty with the United States. The Senate never ratified the Treaty of Temecula or any of the other seventeen California treaties negotiated in 1851 and 1852. In 1875, the United States recognized the Pala Indian Reservation through Executive Order. During the Spanish, Mexican, and American period of California’s past, the Catholic Church operated the Pala Mission School where Luiseño, Cupeño, and Kumeyaay Indian children attended classes. During the nineteenth and twentieth centuries, nuns and other teachers at the Pala School emphasized a curriculum intended to “civilize” and Christianize Native American children. Notice that in this picture, the teacher separated the boys from the girls. Like the Indian schools operated by the United States, the Catholic Church offered a gendered curriculum with greater emphasis on boys, preparing them for future work in the trades or on ranches. The curriculum for girls concentrated on domestic science and homemaking. For this school photograph, the children dressed in their finest clothing.

On November 20, 1969, a group of American Indians successfully breached a Coast Guard blockade and made landfall on Alcatraz Island, shut down by the government six years earlier. The group, which called itself Indians of All Tribes (IOAT) claimed the land by “right of discovery,” and, some said, earlier treaties between Indians and the federal government. At times during the occupation of Alcatraz, there were reportedly hundreds of members of more than 20 tribes on the island. The occupation focused worldwide attention on the ongoing grievances of American Indians and gained support from national celebrities, local residents, labor unions, and other organizations that helped supply the occupiers with food and medical supplies. By 1971 conditions on the island, which had been challenging from the start, deteriorated to the point where, on June 10, armed federal agents stepped in and removed the dozen or so people who remained. In 1972 the island became a national historic site as part of the Golden Gate National Recreation Area.

It was during an eighty-mile-long race through Lava Beds National Monument that photographer Ed Drew first met many of the people he photographed in his series The People of Klamath Falls, including Plummie Wright, Sr. who is pictured here. The annual Modoc Ancestral Run was designed to connect a native community living in and around Klamath Falls, Oregon to the struggles of generations past. In the desolate Lava Beds at the far northern border of California, a small band of Modoc Indians held off the United States Army for nearly eight months in 1872–73, and the land continues to be a powerful symbol of the tribe’s resilience. Drew planned to photograph relay participants at the Lava Beds, but instead he found himself running long stretches of the race in sandals and engaging in discussions about a larger collaboration.

For six months spanning 2014 and 2015, Drew attended a series of intensive “talking circle” weekends sponsored by Klamath Tribal Health & Family Services for descendants of the Klamath and Pit River Paiute tribes of southern Oregon and the Modoc Indians of Northern California. Drew listened to participants recount personal experiences with addiction, tragedy, abuse, crime and racism. In their stories, he found connections to his own struggles with his identity as a person of African American and Puerto Rican descent. He was also drawn to the larger history of conflict between Native Americans and the U.S. Government. Using the tintype process, a popular portrait medium in the late-nineteenth century, Drew relates the past to the present and re-contextualizes contemporary Native Americans as the protagonists of their own stories.