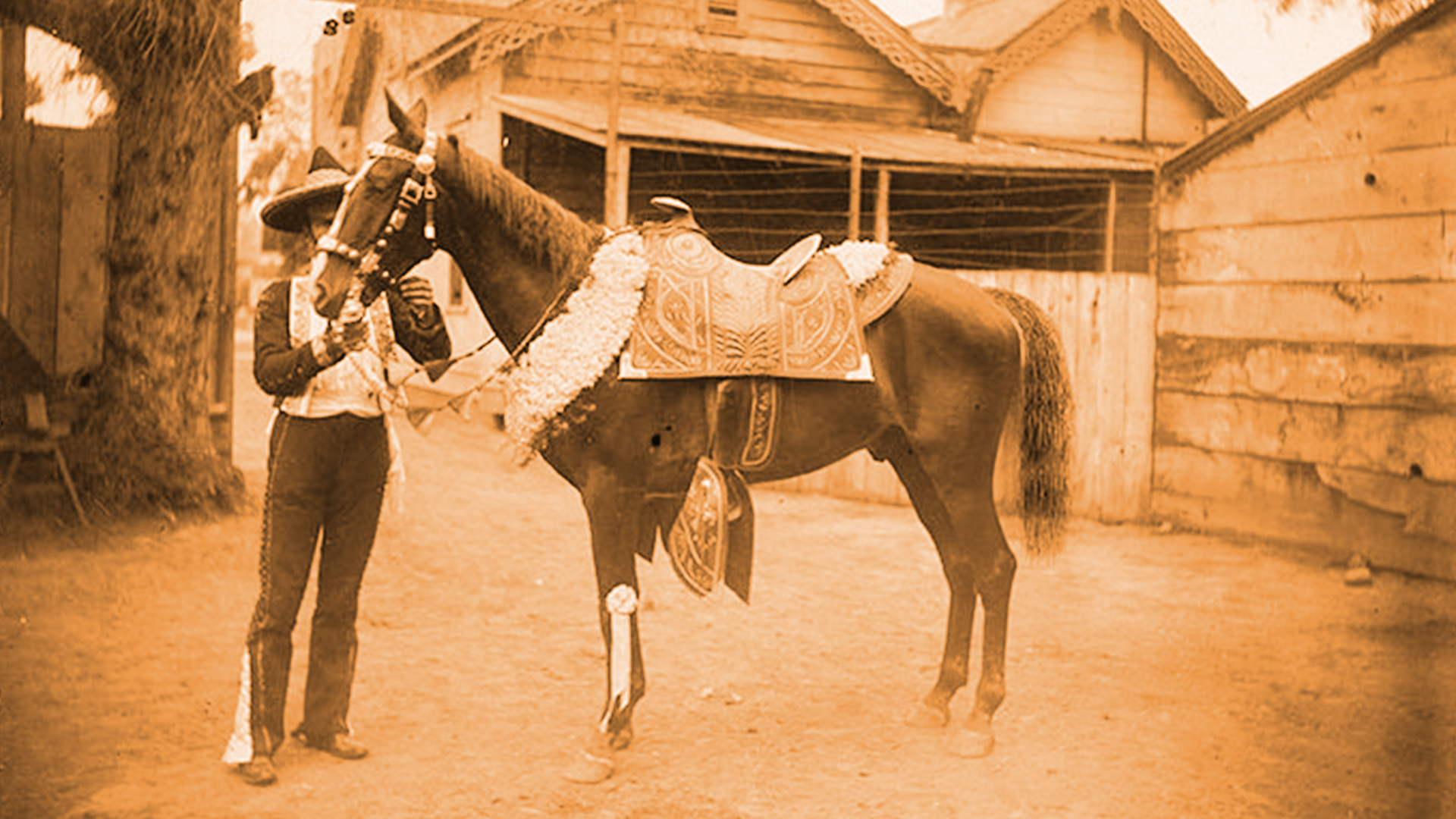 Shelley Alden Brooks speaks on California’s diverse population at the turn of the twentieth century, as well as drawing from CHS’s rich collection of images and documents for Teaching California, focusing on resources that provide insight into the opportunities many newcomers enjoyed, as well as the hardships that some experienced on account of their racial or ethnic backgrounds.

After years of researching California history, I am still struck by the state’s long-standing population diversity and cultural vibrancy. To come across an image such as this one reminds me that the state’s cultural richness is sometimes on parade, but is more often simply – and meaningfully – woven into all we see around us and in images from the past.

In the fourth grade, students begin the year by studying California’s native peoples from the Pre-Columbian to the Mexican Rancho period, and learn that their lives varied considerably from one geographic region to the next, and that there were approximately 100 distinct dialects in use. The curriculum continues with an examination of the different European explorers arriving in California from the sixteenth century onward. Fourth graders also study the gold rush, when a truly global population descended upon the U.S. territory. Following these investigations of California’s rich diversity, the new History-Social Science Framework adopted by the CA State Board of Education poses a question to accompany the next content standard: “What was life like for California’s diverse population at the turn of the century?”

For the Teaching California curriculum project, the California Historical Society (CHS) and the California History-Social Science Project (CHSSP) are working together to identify and contextualize primary sources that illuminate California, U.S., and world history, and to align these with the new Framework. For this particular Framework question on California’s diverse population at the turn of the twentieth century, we are drawing from the CHS’s rich collection of images and documents that provide insight into the opportunities many newcomers enjoyed, as well as the hardships that some experienced on account of their racial or ethnic backgrounds. 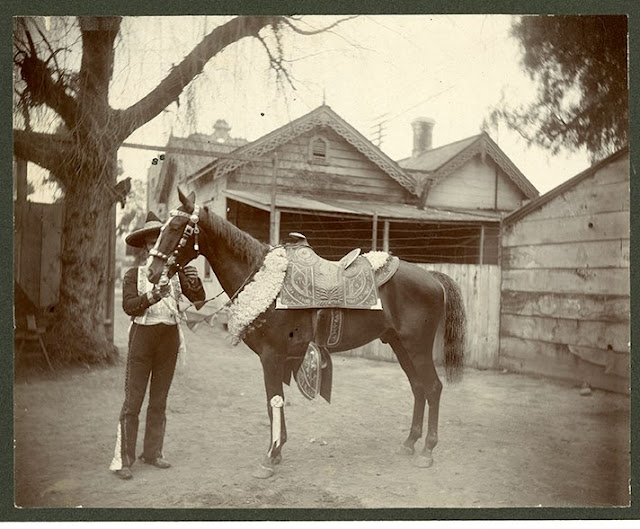 I was particularly struck by the record of a speech given by Rep. Cowdery in 1874 about the importance of integrating African-American – “Negro” – students in public schools. I learned that African-Americans in California organized as early as the 1870s to point out the difference between the rights recently afforded them in the 14th Amendment, and their children’s treatment in California’s segregated school system.

“Last fall there assembled at Sacramento a body of colored citizens, demanding all the rights their citizenship entitled them to.”

Students reading these words (with the historical context and literacy support provided) will learn that segregation in schools was common in these years, and that it was a group of parents who demanded better for their children. Teachers may choose to link this to the long struggle for civil rights in public schools, both in California and throughout the nation.

While students learn that these civil rights were not always realized quickly or fully (and in the case of the 1882 Chinese Exclusion Act, for instance, new barriers were erected), they also learn that people in California from many different backgrounds created numerous opportunities for themselves. This image of a Chinese float during the 1902 “La Fiesta” parade in Los Angeles, helps students see the long history of people honoring their cultures and sharing them with others through festivals like these that brought together California’s diverse peoples. 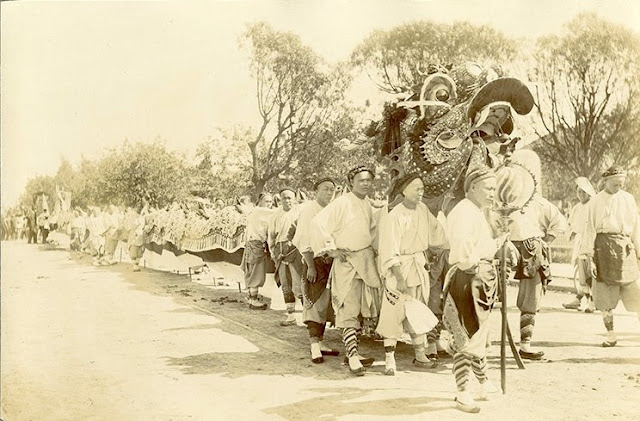 We find evidence of California’s turn-of-the-century population diversity in much more than these brief celebrations. In an era when newspapers were one of the only ways to communicate with a broad number of people, ethnic communities used this print media to stay connected and establish themselves within broader society. 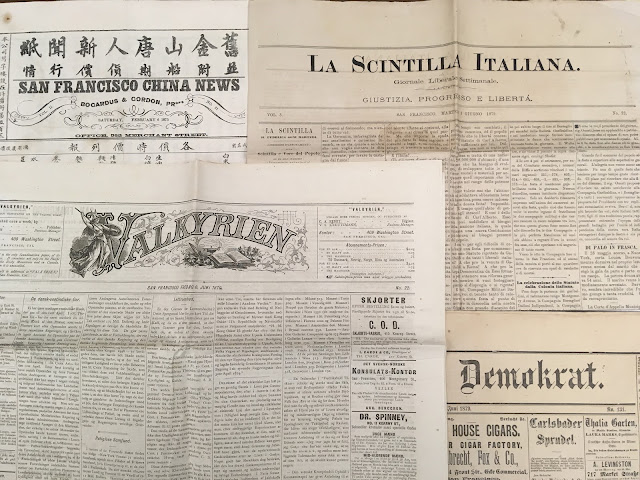 Today’s students will no doubt identify with this language diversity. The California Department of Education identifies 65 different language groups spoken among the state’s public school students. Through the Teaching California project, we are striving to provide classroom materials that represent California’s historic population diversity. We believe that students will be more engaged in learning about the past when they can see themselves represented in California’s story. 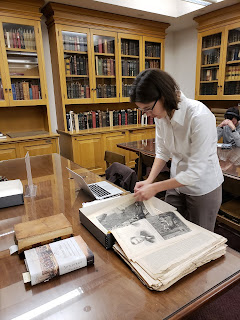 This post comes from Shelley Alden Brooks, a scholar of California and environmental history. She holds a doctorate from the University of California, Davis, and together with the California History Social Science Project is developing history-social science curriculum for Teaching California. Comprised of curated primary source material from California’s premier archives, libraries, and museums, Teaching California presents a research-based approach to improving student reading, writing, and critical thinking.