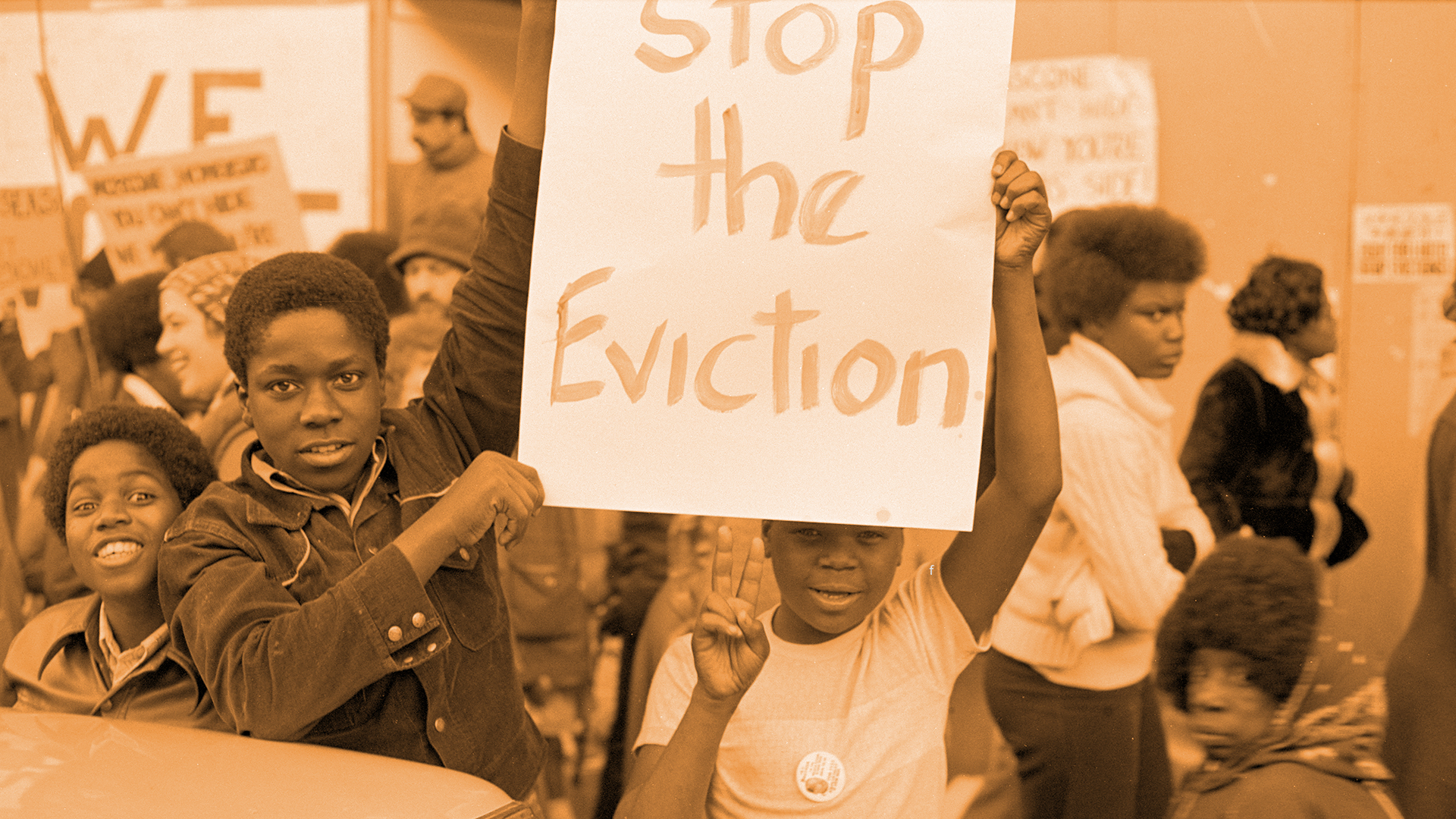 A $99,709 grant will help make available 288 linear feet of diverse materials from the Peoples Temple Publication Department Records, the American Civil Liberties of Northern California Records, and the Mike Miller Papers. Materials from the three archival collections comprise hundreds of cartons of records and papers, tens of thousands of photographic negatives, slides, and prints, and forty-nine audio recordings.

SAN FRANCISCO, California, October 16, 2018 – The California Historical Society (CHS) received a grant of $99,709 from the National Historical Publications and Records Commission (NHPRC) to process, describe, digitize, provide access to, and promote engagement with three major contemporary collections documenting the social and political history of California in the 1960s, 1970s, and 1980s. These collections are: Peoples Temple Publication Department Records, which represent the single largest extant collection of visual materials documenting the predominantly African American utopian movement in the United States and Guyana; major additions to the American Civil Liberties of Northern California Records documenting its groundbreaking legal advocacy work in the 1970s and 1980s, including cases related to immigration, executive power, and LGBT rights that were adjudicated all the way to the United States Supreme Court; and the papers of important San Francisco area activist and grassroots community organizer Mike Miller.

On November 18, 1978, 918 Americans—including United States Congressman Leo Ryan and over 300 children—died in a mass murder and suicide on the remote agricultural settlement called Jonestown, run by the Peoples Temple in the South American nation of Guyana. The California Historical Society is the chief repository of records documenting Peoples Temple and Jonestown. The Peoples Temple Publication Department Records consists of photographic negatives and prints, films, slides, ephemera, publications, and manuscripts that document the People’s Temple’s political activism and public relations efforts. The California Historical Society will mark the 40th anniversary of November 1978 by processing, digitizing, and providing access to these important research collections.

The American Civil Liberties Union (ACLU) is a nonprofit organization committed to the defense, preservation, and extension of civil liberties in the United States. CHS is the official repository for the records of the American Civil Liberties Union of the Northern California, one of the ACLU’s largest and most influential affiliates. These records document civil liberties issues and legal battles in California and nationwide from the 1900s to 2000, with the bulk of the records dating after 1934, when the San Francisco branch of the national organization was established. The records are an invaluable resource for the interpretation of nationally significant civil liberties-related topics and the recently deposited case files will significantly enhance the research value of the collection by providing timely insight into some of the major civil rights issues of the 1970s and 1980s. This grant will allow CHS to process, incorporate, and make available an accretion of an additional thirty-eight linear feet of legal case files dating from 1971 to 1989. These files document a number of landmark cases, illuminating some of the major civil liberties struggles of the post-sixties era, especially as related to the protection and extension of equal protection rights for women, LGBT people, and people of color.

Acquired by CHS in 2010, the Mike Miller papers document the activities of the community organizer in San Francisco, throughout California, and across the country, from the 1940s through the 2000s, with a bulk of material covering the late 1960s, ‘70s, and ‘80s. Topics include the civil rights movements of the 1960s; the anti-urban renewal struggles of the 1960s and ‘70s; labor and leftwing movements from the 1970s to the present; and community organizing as a grassroots model for civic engagement.

This funding from the NHPRC will allow CHS to make available 288 linear feet of unique material from these three high demand collections —including approximately 50,000 photographs—to a range of researchers interested in the diverse communities and movements that shaped the nation’s contested political and social environment during these pivotal decades. It will also allow CHS to put online 5,000 images and 49 audio recordings from the Peoples Temple Publication Department Records.