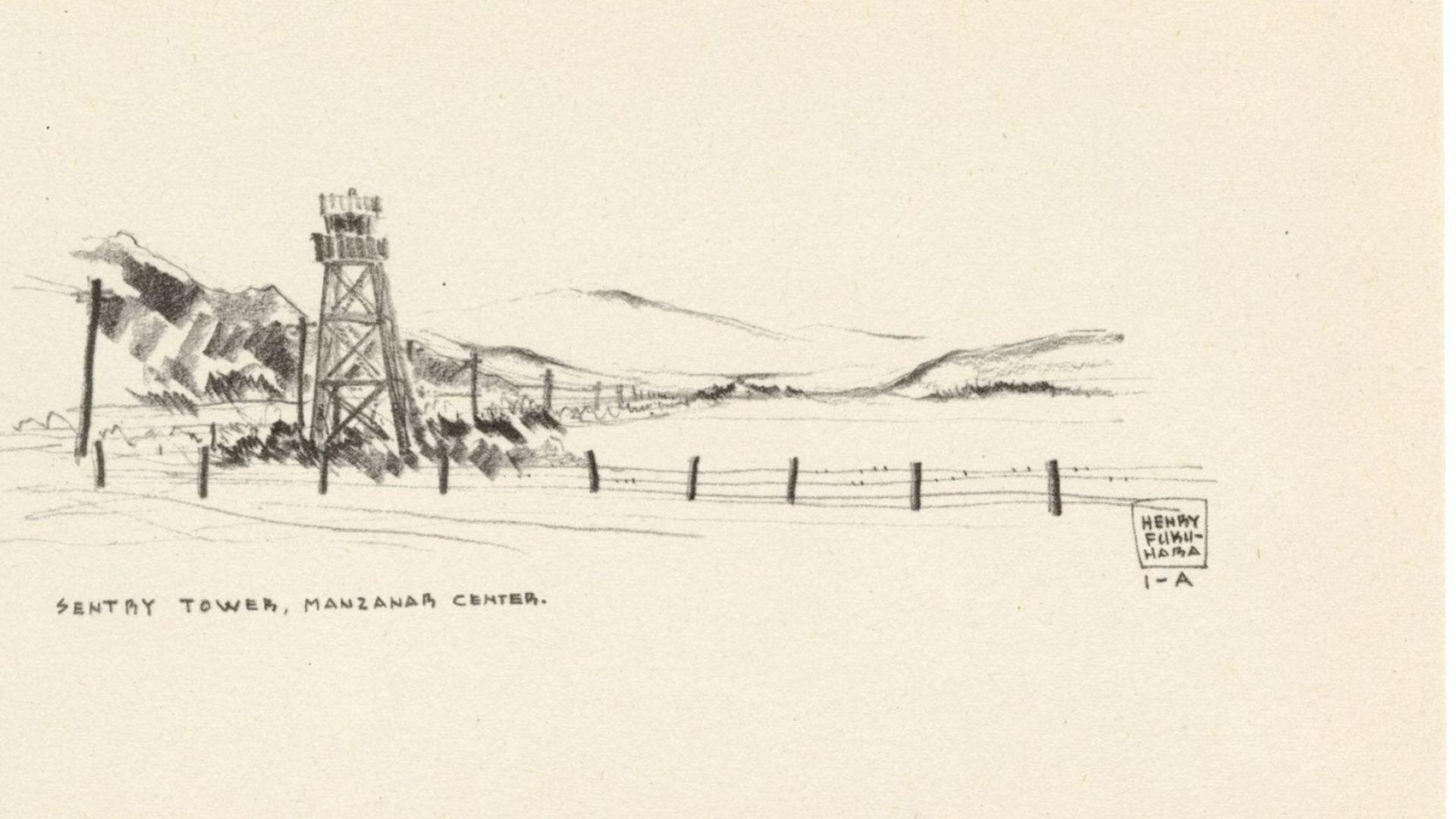 The Manzanar Relocation Center was one of many camps established by the federal government after the bombing of Pearl Harbor on December 7, 1941, under the racist assumption that Japanese Americans living on the West Coast posed a threat to national security. Manzanar was formally closed on November 21, 1945. In 1992, the site was declared a National Historic Site managed by the National Park Service.

On the bitter cold, wind-swept desert floor in 1969 there occurred an event of the profoundest and most singular importance. In retrospect, that morning and the whole of that day assume for me and for vast numbers of Japanese Americans the proportions of a mystical experience, the rebirth of a whole generation of Americans who were wronged by events that took place over a quarter century before.

In 1972 the California Historical Society opened a landmark photographic exhibition titled Executive Order 9066. At the time, the 1942 government order cited in the exhibition’s title, and the imprisonment of Japanese residents from the West Coast in so-called “internment camps” during World War II, was virtually unknown outside the Japanese community. Within the community, the subject was rarely spoken of—a source of shame and tragedy for the families involved. As the Densho Encyclopedia has observed, with the opening of the exhibition and the publication of its eponymously titled book—part of a resurgence of interest in the topic in the 1970s inside and outside the Japanese American community—the era of silence would end.

One pivotal event helped create this sea change within the Japanese American community. In 1969 a group of intergenerational Japanese Americans—organized a pilgrimage to the site of the former Manzanar Relocation Center located in a desolate stretch of the Owens Valley on the eastern slope of the Sierras. Many were returning to a place they’d last seen in November 1945. Some had lived there for over three years, having been forced to leave their own homes—most of them in Los Angeles. Others, such as Edison Uno, were incarcerated in other government facilities. For all, however, the Manzanar site symbolized the terrible wrongs done to Japanese Americans, the place where, in 1969, the pent-up anger, frustration and shame—the “inchoate feelings” as Uno describes them—“found concrete expression.”

The Manzanar Relocation Center was one of many camps established by the federal government after the bombing of Pearl Harbor on December 7, 1941, under the racist assumption that Japanese Americans living on the West Coast posed a threat to national security. Consisting of 6,000 total acres, the site had 540 developed acres, 36 residential blocks with barracks, a dining hall, auditorium, laundry, hospital, factories, schools, irrigation channels, and reservoirs—all surrounded by barbed wire fencing and eight guard towers. Over time, the residents added numerous personal elements to the landscape, most notably orchards and gardens, many with ponds included.

By war’s end Manzanar’s population had dropped to a few hundred residents. Some of the men had been drafted, other internees were granted leave by agreeing to relocate to the Midwest or East Coast. With the bombing of Hiroshima on August 6, 1945, plans were made to close the camp.

Jeanne Wakatsuki Houston in her seminal book, Farewell to Manzanar (1973), described the mixed feelings of many who remained until the end. She likened the plight of some, like her father, to the fear and trepidation of slaves at the time of emancipation, “not [knowing] where else to go or what else to do.” In the end, her father purchased a car in nearby Lone Pine (rather than take the government bus back to Los Angeles) and led the family on a crazed, drunken, joyous ride through the sage brush, tumbleweeds, and deserted barracks before heading west toward home.

Manzanar was formally closed on November 21, 1945.

In 1992, the site was declared a National Historic Site managed by the National Park Service. Today, the former auditorium houses a substantial, interactive museum. As its webpage reads: “Manzanar National Historic Site was established to preserve the stories of the internment of nearly 120,000 Japanese Americans during World War II and to serve as a reminder to this and future generations of the fragility of American civil liberties.”

One could add that the site also reflects the strength of will of the Japanese Americans who lived there. A 1999 archaeological report by the Park Service documents these words carved into wet concrete by a camp resident named Tommy: “I LOVE MYSELF.”